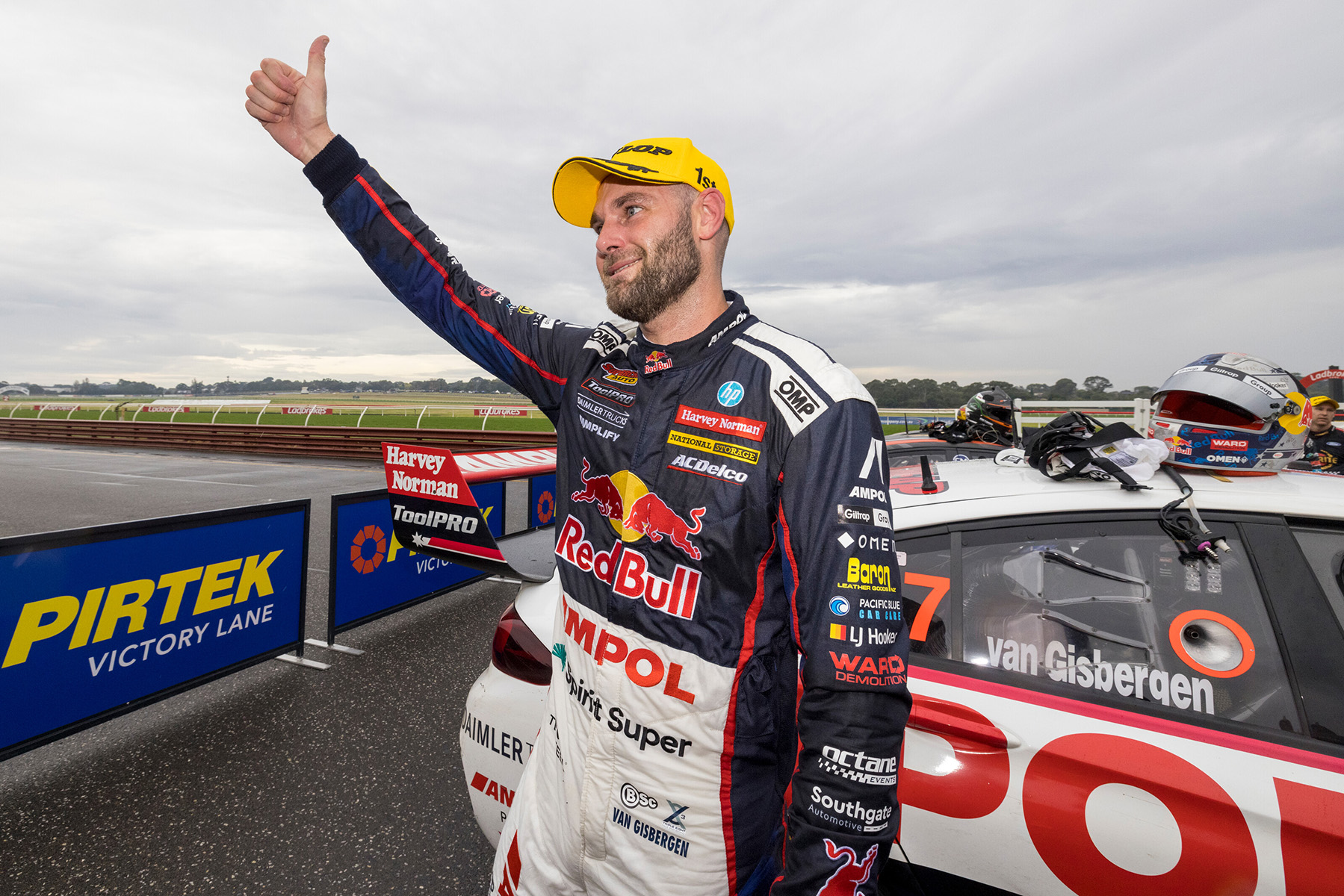 Shane van Gisbergen says a championship-defining series of drives at Sandown might not have happened had his broken ribs been discovered earlier.

The revelation comes as the Red Bull Ampol Racing driver celebrates his second Repco Supercars Championship title after putting his points advantage over team-mate Jamie Whincup beyond doubt with just one race remaining this year.

Having swept the opening event of the 2021 season at Mount Panorama, van Gisbergen suffered a nasty fall while mountain biking.

It was quickly discovered he’d broken his collarbone and torn several ligaments in his left shoulder, putting him in doubt for the second event of the year at Sandown.

Despite excruciating pain, van Gisbergen drove on and won all three races, the first in emphatic fashion from 17th on the grid.

However, the gutsy drive might not have been had the discovery of several broken ribs been made earlier.

Initial scans were only made around van Gisbergen’s shoulder. Broken ribs were only found when van Gisbergen went in for a second scan after complaining of soreness at Sandown.

It was a blessing in disguise, however. Had the broken ribs been found he said it was unlikely he would have raced for fear of puncturing a lung.

“It was a pretty testy time,” said van Gisbergen of the injuries.

“The shoulder will never be the same again. I’ve got a full-time fake ligament in there and that was probably the limiting thing.

“I think I tested a BMW the Tuesday of Sandown and told everyone I was – but I probably wasn’t – right to drive. I couldn’t lift my arm up high enough.

“That got better every day. [I was] probably lucky we didn’t find the [broken] ribs. I had a lot of pain but we didn’t find that. Because if I had known I had broken ribs I probably wouldn’t have been allowed to race. It kind of worked out well.”

Van Gisbergen said he was made even more determined when he read suggestions that parity imbalances might have been a factor in his heroic drives.

“That weekend was just something special and probably what set it all up and gave me big confidence,” van Gisbergen explained.

“I started reading articles, people complaining about parity, and ‘Something’s not right there’ and stuff like that.

“We’ve obviously been doing that a couple of times the last couple of years towards Scotty [McLaughlin], it’s the biggest compliment you can get when you’re on the other side of it.

“It’s a pretty cool feeling after that weekend doing what we did to everyone.

“I wasn’t in a good way and… yeah, it was pretty good. I had the plate out after Townsville and I’m a lot better since then. But yeah, I’ll never be the same again.”

Van Gisbergen would win the first six races of the year and all up has 14 wins to his name in 2021 with one race remaining.

His unassailable lead stands at 349 points over Whincup.

The season will come to a close at Mount Panorama for the Bathurst 1000 across November 30-December 5.