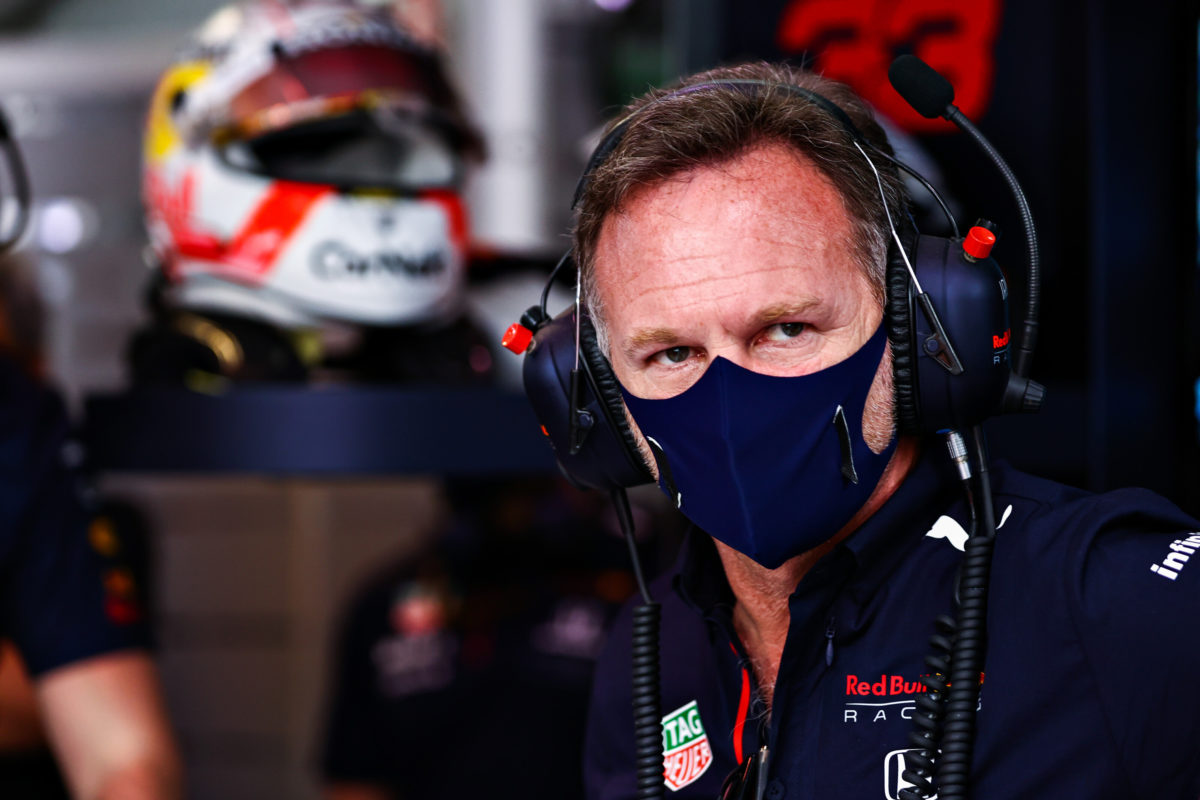 Red Bull team principal Christian Horner has received a warning from the FIA stewards following comments made about marshals prior to the Formula 1 Qatar Grand Prix.

Horner was summoned to the stewards following the race for an alleged breach of the FIA’s International Sporting Code in the build up to Sunday’s race.

The Red Bull boss made critical remarks about marshals following Max Verstappen’s penalty for not respecting yellow flags in qualifying.

In the dying seconds of Saturday’s session, Pierre Gasly stopped his AlphaTauri off the racing line exiting the final corner.

Arriving on the scene, Verstappen passed double waved yellow flags without slowing, for which he was penalised.

It’s a judgement Horner was publicly critical of, singling out the marshal waving the flags suggesting he had taken it upon himself to do so, rather than following protocol.

“I think the race director should have control of the circuit,” Horner said.

“He’s the referee at the end of the day and otherwise anybody… you get a marshal that decides to stick a yellow flag out, how does that work?

“There needs to be some grown-ups making grown-up decisions,” he added.

“I think it’s just a rogue marshal that’s stuck a flag out and he’s not been instructed to by the FIA.

“They’ve got to have control of their marshals, it’s as simple as that because that’s a crucial blow in this world championship for us.”

In response, the stewards found Horner in breach of the FIA International Sporting Code, for which he received an official warning.

“He [Horner] explained that his reaction was one that was made under the pressure of competition following the penalty imposed on the driver of Car 33,” the stewards’ summary stated.

“The Stewards explained that the marshal concerned was doing his job in precisely the manner prescribed in the International Sporting Code.

“Mr Horner offered to apologise to the marshal concerned and to explain to the media that he meant no offense.

“He also offered to participate in the 2022 FIA International Stewards Programme in early February.