F1 title fight has ‘woken up the lion’ in Hamilton

F1 title fight has ‘woken up the lion’ in Hamilton 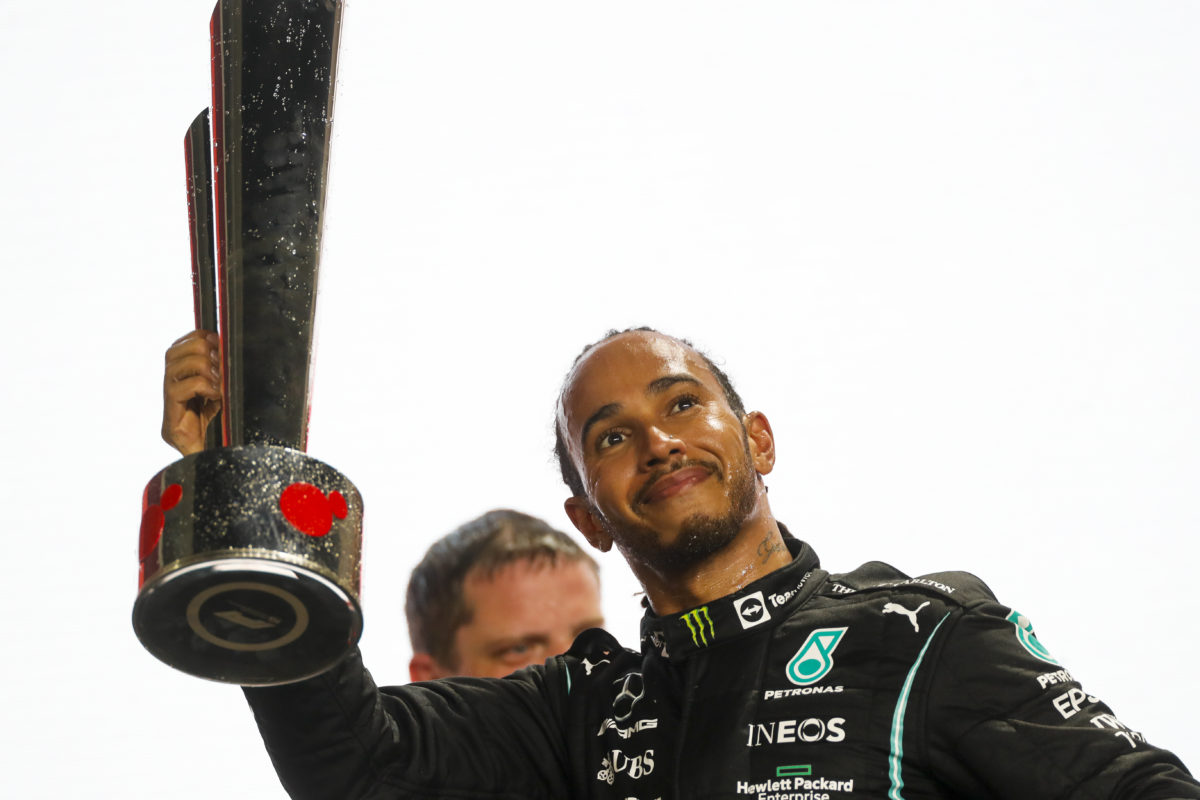 Mercedes boss Toto Wolff has suggested the increasingly bitter Formula 1 title fight has “woken up the lion” within Lewis Hamilton.

The seven-time world champion won the Qatar Grand Prix on Sunday at a canter over title rival Max Verstappen, closing the points gap to just eight with two races remaining.

It was the Hamilton’s second win in as many weekends, having also reached the line first in the Sao Paulo Grand Prix after a charging drive from 10th on the grid.

That event proved a bruising affair for the Brit after he was excluded from qualifying for a DRS flap breach and forced to start Sprint Qualifying from the rear of the grid.

He subsequently carved his way through the field to finish that encounter fifth, before going on to win Sunday’s main event.

However, a final sting in the tail came when he was fined for undoing his seat belts on the in-lap following the race.

“They have woken up the lion on the Saturday in Interlagos,” Wolff said following Hamilton’s win in Qatar.

“Brutal and cold blooded. This is the best in Lewis, and we’ve seen it in the past.

“I think when adversity happens then it just takes him to a place where he is able to mobilise superhero powers,” Wolff added.

“And it was the adversity that triggered that in Interlagos.

The Brit has clawed back 11 points on Verstappen in the last two races, having tailed the Red Bull driver by 19 following the Mexico City Grand Prix.

Hamilton built a 14-point advantage in the season’s opening races, but then found himself trailing by as much as 32 points after the Austrian Grand Prix.

A strong run at the next two events, and dramas for Verstappen, saw that reverse into an eight point advantage following the Hungarian Grand Prix.

Wins in the United States and Mexico City have left the Red Bull driver back on top, though Hamilton has now won the last two events to narrow the gap once more.

It’s made for a dramatic season, which has seen the points lead change hands on five occasions.

“I never stopped believing that this was on, because we had such a strong Turkey, then obviously fell back below our expectations in Austin and in Mexico,” Wolff said of Hamilton’s recent fightback.

“But anyone in the team refuses to give up, and I’m grateful how the championship has swung.

“If you would have told me at the beginning of the year that we are right in the fight in Saudi Arabia, Abu Dhabi, I would have taken it.

“I hope that it’s going to go all the way to the end, when whoever will win merits the win.”

Formula 1 next heads to the Saudi Arabian Grand Prix, an event expected to favour Mercedes, on December 3-5.