Erebus and Brown put the ‘boot’ into Super Auction

Erebus and Brown put the ‘boot’ into Super Auction 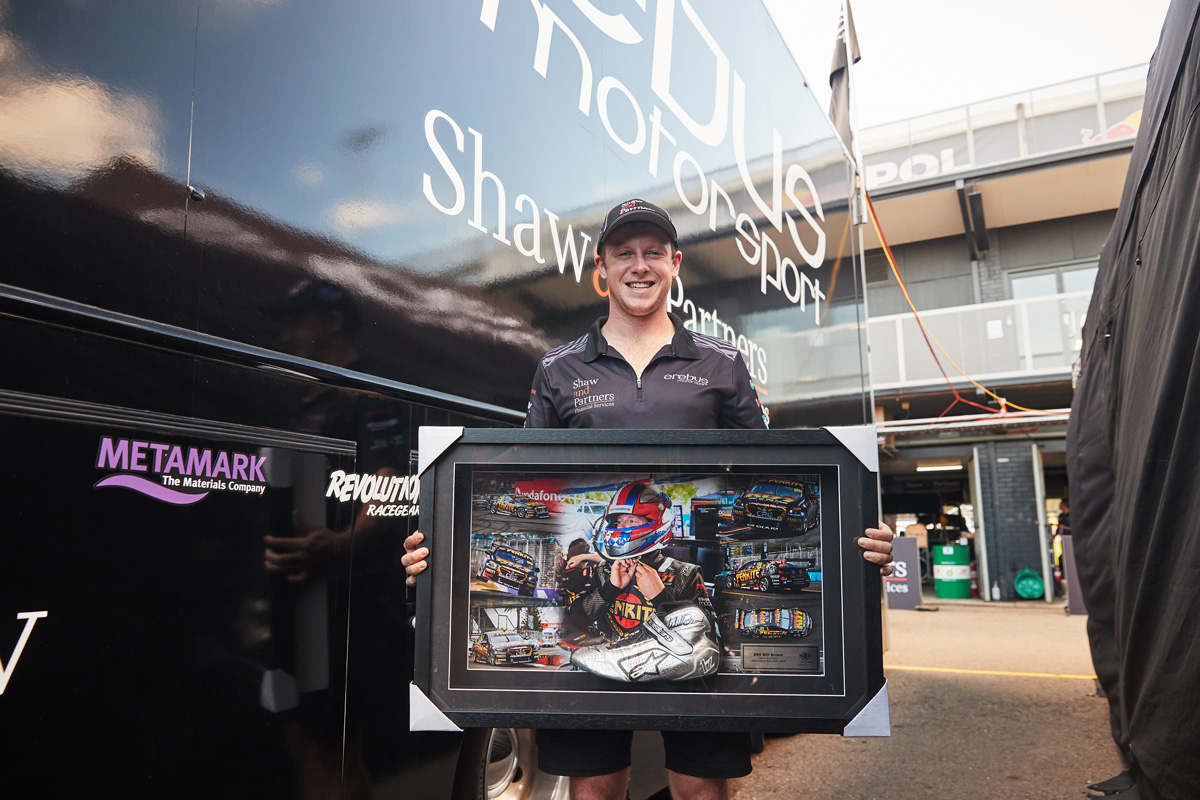 Erebus has donated a signed race boot which has been professionally framed along with a plaque, race-day image of Brown and six shots of the car in action at the 2019 Gold Coast 600 event in Surfers Paradise where the boot was worn.

The white/silver Alpinestars boot has been signed by Brown and is from his accelerator foot!

Ironically, the value of the boot has increased significantly after Brown won his first Supercars event at Sydney Motorsport Park eight days ago.

The Super Auction has been created to pay tribute to Motor Racing Ministries’ founder Garry Coleman who will retire at the Bathurst 1000 next month.

The auction which is attracting some major items every day, will run until 7pm, Tuesday, December 14, and can be accessed HERE.

Those not wanting to be involved in the auction, but would like to pay tribute to Coleman and the unsung work of Motor Racing Ministries can make a direct cash contribution HERE.

Erebus boss Barry Ryan was one of the first to contribute when the call went out for donations to the Super Auction.

“That race weekend on the Gold Coast we ran the famous Kiss livery which was a massive hit with the fans,” said Ryan.

“You see this type of item for sale all the time, but rarely are they the actual thing. The real deal.

“This boot was used during the race weekend and has been signed by Will.”

Brown, who is making a name for himself as a future star of the Supercars Championship, was proud to see a piece of his kit raising money for a great cause.

“It is just great to be involved in the Super Auction and to help pay tribute to Garry [Coleman] and Motor Racing Ministries,” said Brown.

“To have any piece of original kit is pretty cool and hopefully a few fans will get in a battle for this boot and raise a bit of cash for such a great cause.

“I wouldn’t suggest breaking open the frame and doing a ‘shoey’, but hey, our fans are pretty passionate.”