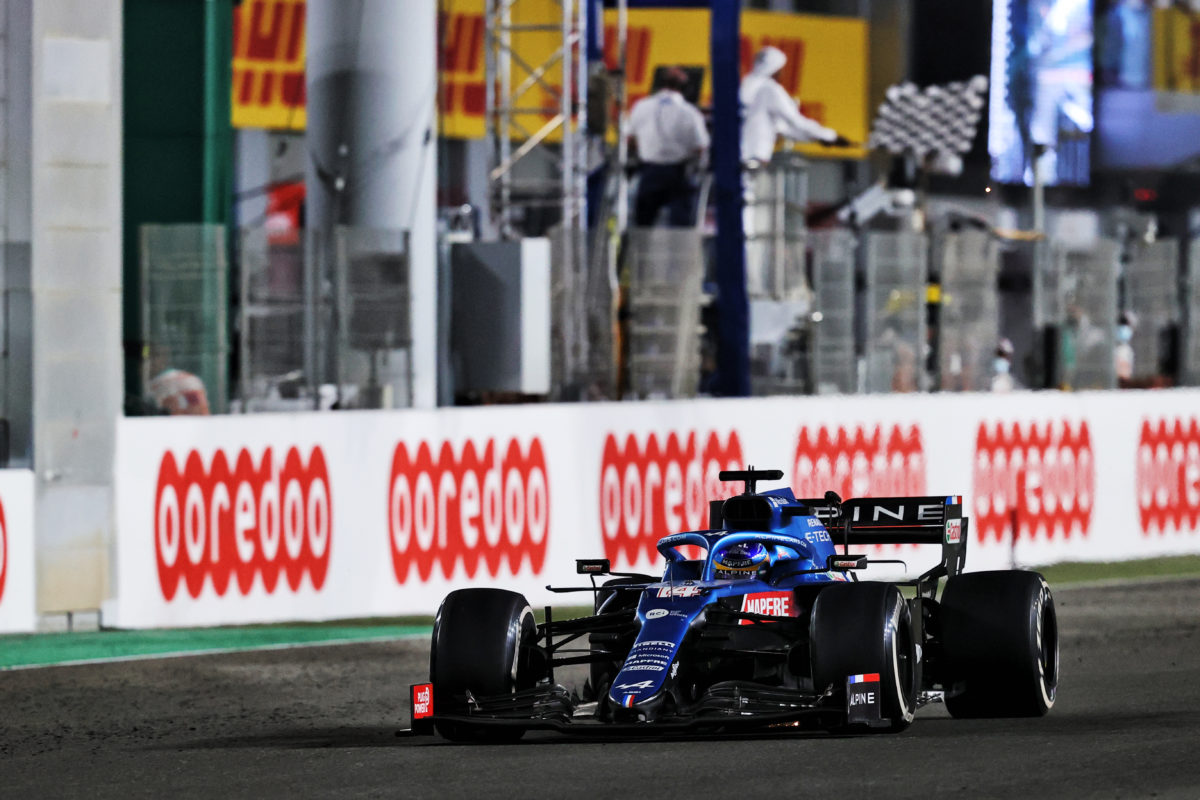 The Spaniard started third on the grid after penalties for Max Verstappen and Valtteri Bottas promoted him from fifth.

He then made a high-risk one-stop strategy work to hang on ahead of a charging Sergio Perez in the closing laps of the race.

“Seven years, but we finally got it,” the two-time world champion said after the race.

“We were close a couple of races but not enough, so here was the last possibility.”

Alonso started the race on the red-walled soft compound tyre, and from the clean side of the track, leading him to entertain the prospect of leading the race early.

Instead he found himself holding his own, before strategy and good fortune played out in his favour later in proceedings.

“Honestly, I thought to be leading after Lap 1, I thought that with a red tyre I could have a go at Lewis,” he said.

“But I couldn’t, and then with Checo [Sergio Perez] it was very close to the end, but so happy for the team – also, Esteban [Ocon] P5.”

A spate of punctures made for a nervous finale in the Alpine garage, though its cause was helped by a Virtual Safety Car to clear Nicholas Latifi’s Williams with three laps remaining.

That cleared with little more than a lap left to run, and arguably played a critical role in Alonso holding on to the final podium position.

At the flag, he was just 2.8s clear of the hard-charging Perez, who stopped twice and had a much fresher set of medium compound tyres for his final stint.

“We planned one stop from the beginning, but we never knew how bad was the wear and the degradation – it’s a new race for everybody,” Alonso said.

“I think it was quite well executed, the race, the pit stop was fantastic, the team was great, the reliability of the car is superb, and they [the team] deserve it.”

Crucially, the strong double-points finish for Alpine comes in a race in which AlphaTauri scored no points.

The two squads have been locked in battle for fifth in the constructors’ championship, the French marque now enjoying a 25-point buffer with two races remaining.

Formula 1 next heads to Saudi Arabian for the penultimate race of the year on December 3-5.