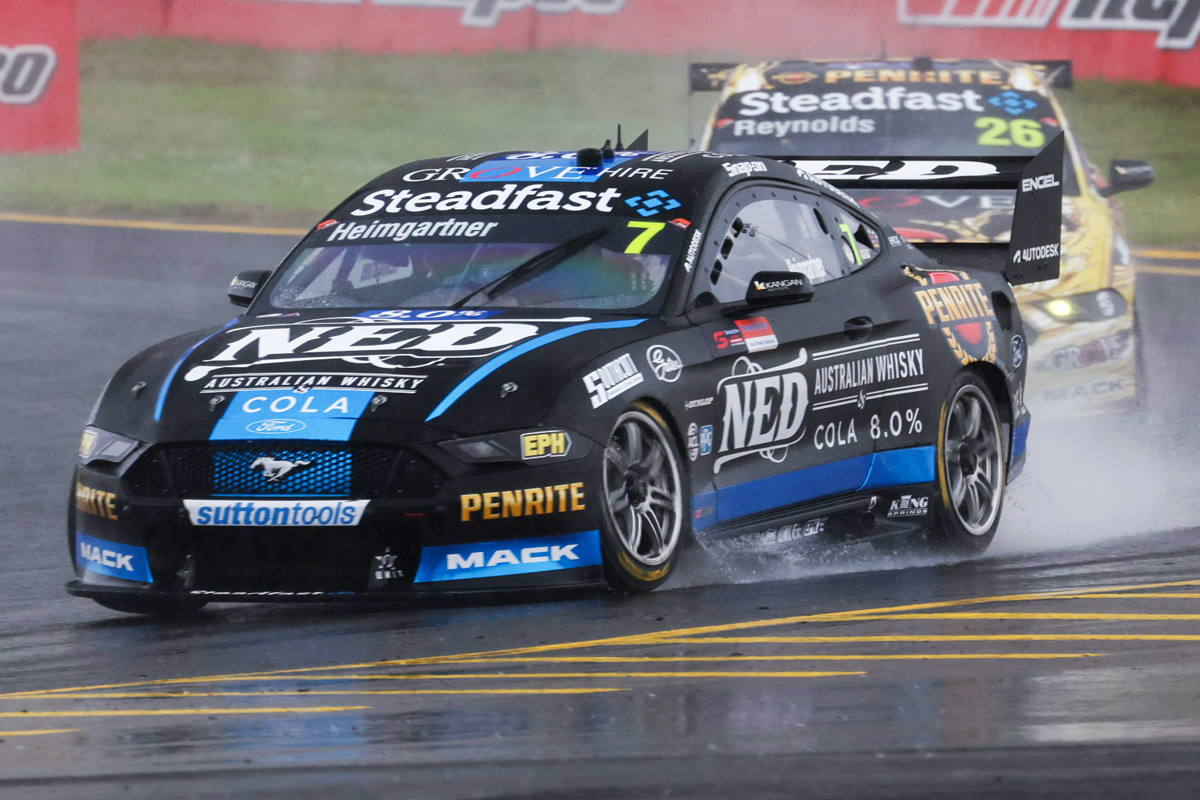 Kelly Grove Racing’s Andre Heimgartner believes a call to use roaded wet tyres instead of a new set cost him in the Top 10 Shootout for Race 30.

In trying conditions, Heimgartner took provisional pole position for the penultimate race of the Repco Supercars Championship at the Beaurepaires Sydney SuperNight.

However, he would only qualify eighth in the one-lap shootout as the last car on track.

By contrast, team-mate David Reynolds, who qualified 10th to get into the shootout and duly took to the track first, improved his standing to third.

While it’s widely regarded roading a set of tyres in dry conditions can improve performance, Heimgartner said it was the wrong decision for the single-lap dash.

“We decided to go with a roaded set that we roaded in the earlier practice yesterday, versus Dave, they went out on new tyres, so I think that was definitely a mistake and I just couldn’t get it going the whole lap,” Heimgartner explained.

“Pretty disappointing obviously when you’re fastest in qualifying. The car was good, pretty confident, and then it just didn’t translate to that [Top 10 Shootout].

“They just had no grip. Disappointing, but still eighth. It’s a long race, lots of carnage, and I think last weekend [Jamie] Whincup and all those guys that started a bit further back on the grid got a better start just due to all the painted lines and all sorts of stuff on the front of the grid.

“I’m trying to think positive,” he laughed. “But it’ll be alright. It was good fun. I’m really happy for Dave and Penrite and the team to have two cars well inside the top 10 and some good pace as well.”

The Kelly Grove Racing Ford Mustang pair have typically been strong in the wet.

Earlier this year Heimgartner claimed pole position at The Bend and a first Repco Supercars Championship race win later that day in the wet.

Similarly, Reynolds scored a podium in the wet at Sandown.

Heimgartner said the team needs to bring that performance in the cool and wet conditions to the hot and slippery conditions.

“We basically went from last yesterday to the front today,” said Heimgartner.

“A bit of a contrast, so we need to work out for the future why that is I guess.

“It’s positive. We’re just taking it today and enjoying it. It’s been a tough four weeks for our team so we’ll just grab what we can today and move onto Bathurst.

“Our cars, when it becomes wet, they’re nice and stable, nice and predictable, and they come into their own, and it’s always been like that when the track conditions are cooler where our cars go really well.

“As it heats up, we tend to struggle. I think it has a little bit to do with that. It’s just something in the roll cage of these cars or something that makes them good in the wet.”