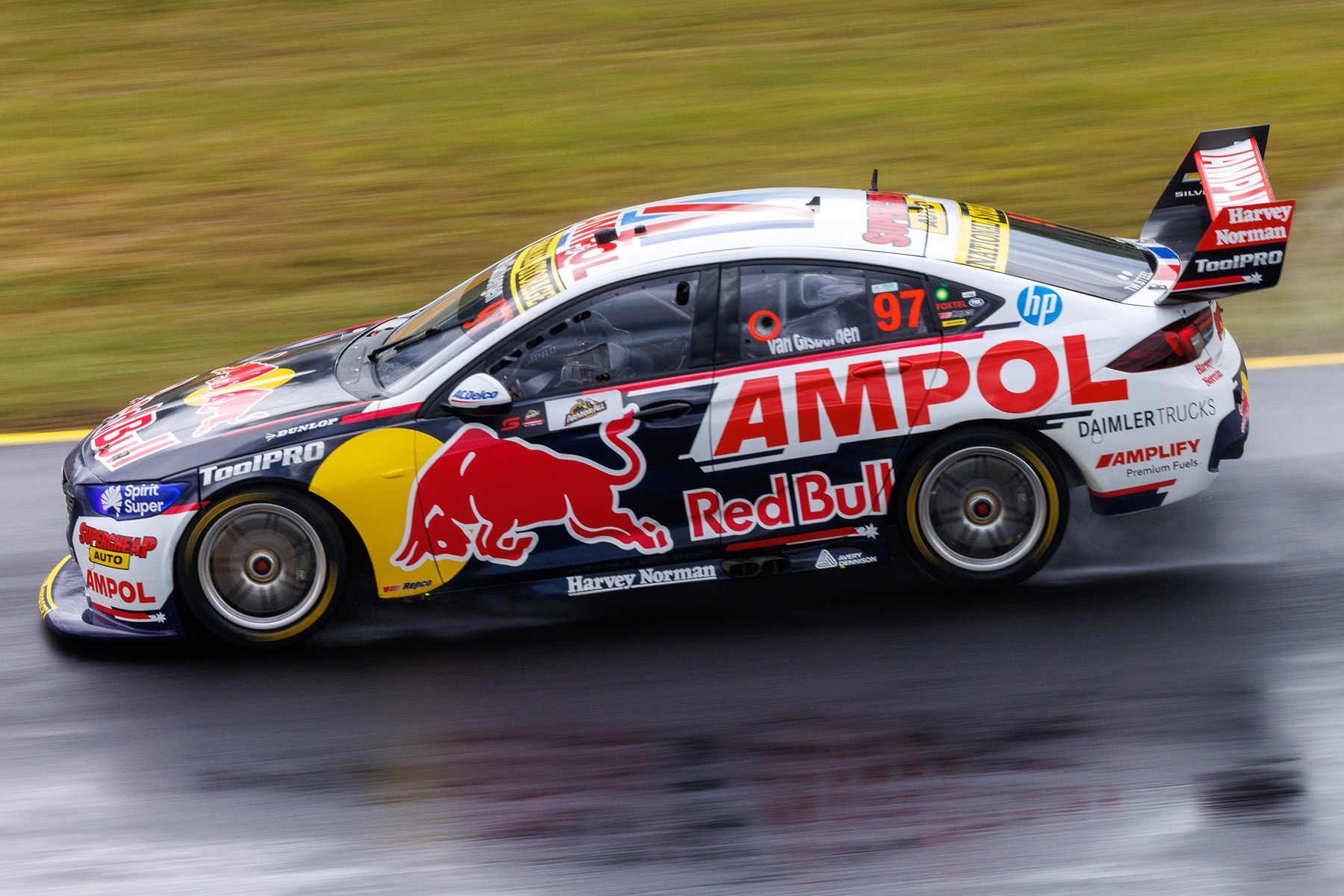 Shane van Gisbergen in the wet at Sydney Motorsport Park

Jamie Whincup has conceded it was only a matter of time before Red Bull Ampol Racing team-mate Shane van Gisbergen was crowned this year’s Repco Supercars Championship winner.

Heading into the penultimate race of the 2021 season at the Beaurepaires Sydney SuperNight, van Gisbergen held a 349-point advantage over Whincup.

That wouldn’t waver as Race 30 was called to a premature end due to inclement weather after just six laps.

Whincup needed to bring the gap down to under 300 points heading into the season-ending Repco Bathurst 1000 to have a chance at the title, though those hopes have now been dashed.

“This year has been as challenging as ever. I’d like to think I worked pretty hard and threw everything at it, and the DJR guys did as well, and we had challenges all year long.

“Certainly, massively deserves it. Of course, there was an inkling that, ‘Oh geez, something was going to happen,’ but really, it was SVG’s championship from a while ago and it was only a matter of time before he collected enough points to make it secure.”

Supercars had been scheduled to do 64 laps of Sydney Motorsport Park to close out the weekend, though the weather ultimately put paid to that.

“There’s a little bit of me that would have liked to have raced,” said Whincup.

“You always want to finish the championship with a race. In saying that, it was the right decision of course.”

Whincup will contest the Bathurst 1000 with Craig Lowndes in what will be the seven-time Supercars champion’s final start as a full-timer.

Meanwhile, van Gisbergen will team up with Garth Tander and look to score their second straight Bathurst 1000 win together after last year’s triumph.

The Great Race will take place across November 30-December 5.