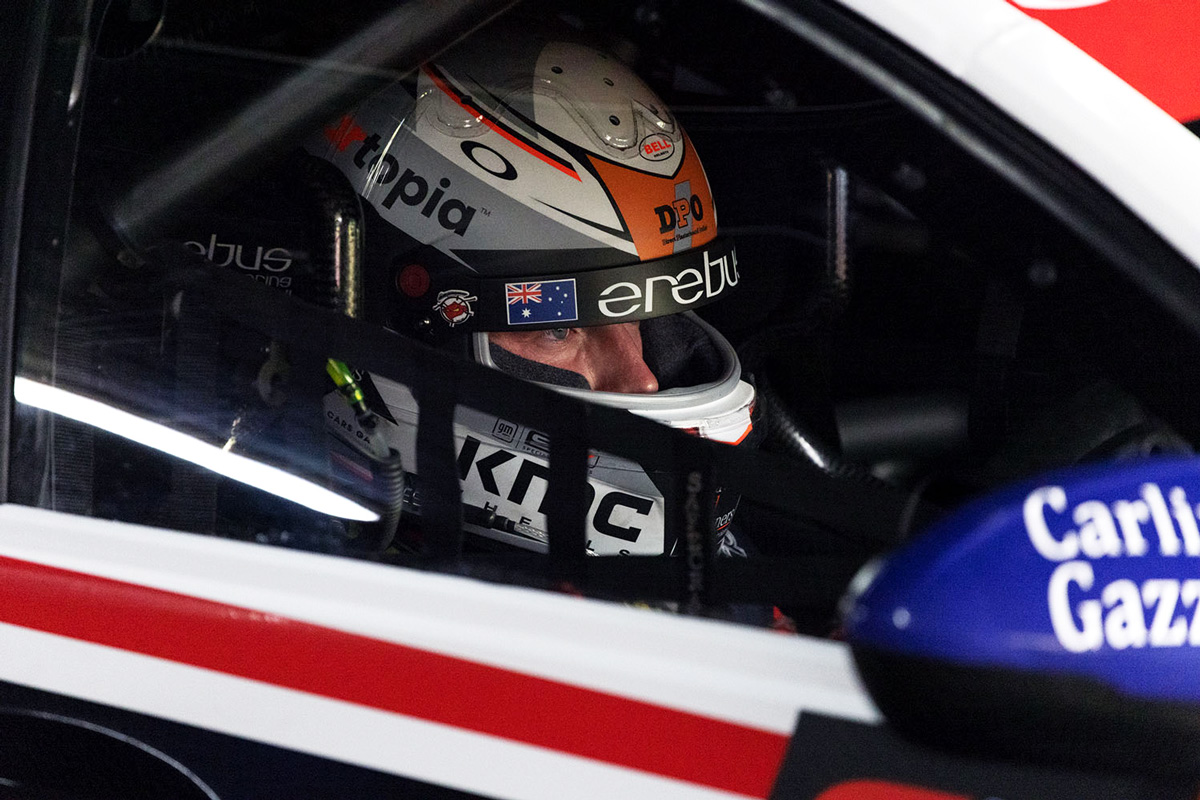 Both Cameron Waters and Will Brown believe victory in Race 29 at the Beaurepaires Sydney SuperNight could have been theirs if not for rain falling late in the piece.

Waters led Brown by less than a second in the closing stages of the 250km Saturday night race before Shane van Gisbergen and Jamie Whincup surged by on softer rubber to make it a Red Bull Ampol Racing one-two.

All parties involved believe it could have been a different story had the weather not intervened.

Spots of rain first appeared around Lap 38 of 64, before conditions visibly worsened on Lap 57.

“I would have had a pretty good shot,” Waters said of his chances had it remained dry.

“I think Will was coming, he was probably a little bit quicker than us, but you can block pretty easy around here as well, so I would have made the Mustang pretty wide if the time came.

“But it rained and it all played out, so still super excited and pumped to get the podium.”

While Waters would hang on for third, Brown dropped to seventh, one place ahead of Erebus Motorsport team-mate Brodie Kostecki.

“That last bit was just really hectic – I thought we were racing for a win, catching Cam there, four laps to go, and then the rain came out so the guys on soft tyres came back at us,” said Race 28 winner Brown.

“But it was awesome to see Brodie catching us, and I really think the team was on for a one-two.”

Whincup added: “I don’t know what we would have finished if the rain didn’t come, but it certainly wouldn’t have been one and two.”

For Waters, a long-awaited return to the rostrum doubled as a much-needed morale boost for his Tickford Racing camp following a form slump across the Sydney Motorsport Park quadruple-header.

“It’s a massive credit for all the guys who have worked their arses off this whole time and [we] haven’t given them anything so they have been down in the dumps and they needed a little pick-me-up,” he said.