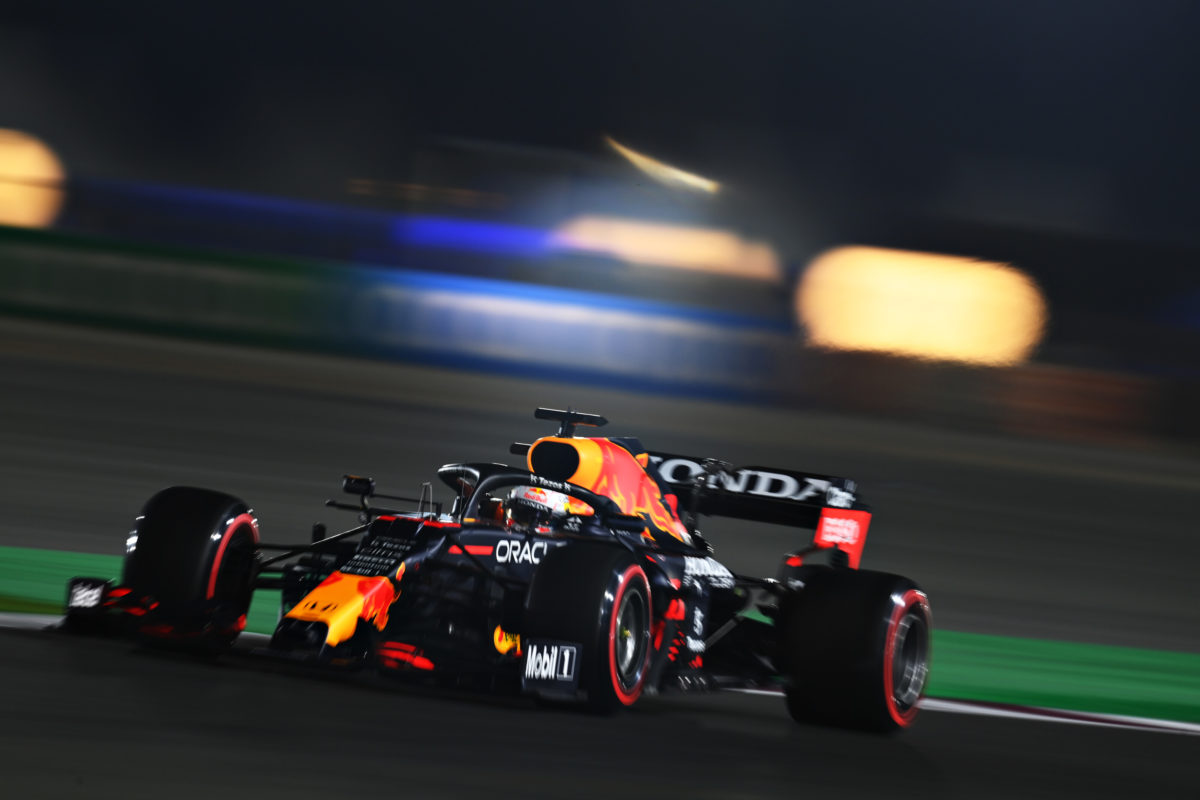 Max Verstappen expects the Formula 1 Qatar Grand Prix to be “tricky” after he qualified second fastest behind Lewis Hamilton.

The Red Bull driver was almost half a second slower than his world championship rival around the Losail circuit in the Saturday evening session.

It leaves him on the dirty side of the grid at a venue F1 has not previously raced and which this weekend has no support races.

“I would have liked to go faster but tried everything and just not a lot of extra pace coming,” he explained.

“You think you do a better corner but not much more lap time actually.

“The last few races, qualifying has been a bit more of a struggle for us, so definitely need to try and understand and try to do better.”

His earlier lap would have still seen him good enough for second, leaving the Dutchman to suggest the extra risk was not worth the reward.

“I thought I had a really good lap, and then I heard the difference in lap time and I was a bit like ‘well, I didn’t even need to risk it then if it’s such a big gap’.”

While Verstappen is set to line up on the front row, his Red Bull team-mate will start from row six.

“We changed a bit our approach with the tyre prep,” the Mexican told Sky Sports.

“We probably didn’t get on top of it completely and then we were not able to have clear out laps most of the times.

“That meant that going into Sector 1 I was pretty low with the tyres and grip.

“That’s probably what cost us a bit.”

Perez’s opposite number at Mercedes, Valtteri Bottas, will line up third, directly behind Hamilton on the clean side of the grid.

It leaves Verstappen alone at the head of the field against both Mercedes, giving the Anglo-German operation a strategic advantage.

“I’ve been used to that,” the championship leader quipped.

The Qatar Grand Prix gets underway at 01:00 AEDT on Monday morning.