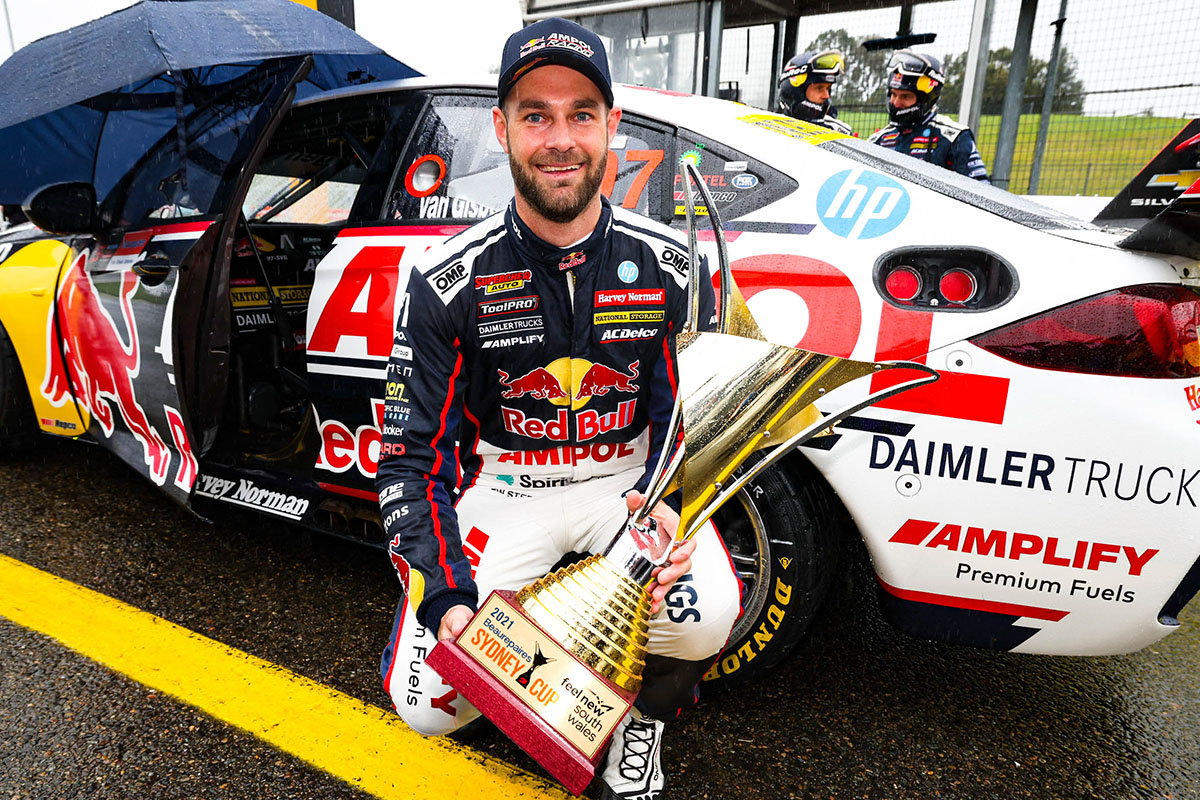 Shane van Gisbergen has unofficially clinched the Repco Supercars Championship after Race 30 at Sydney Motorsport Park was declared with no result.

Van Gisbergen’s lead in the drivers’ standings was 349 points at the start of the day, more than the 300 which is on offer in the only event which remains in 2021, the Repco Bathurst 1000.

Red Bull Ampol Racing team-mate Jamie Whincup, the only driver who could overtake him in the championship, did not get a chance to do so today with the race red flagged on Lap 6 and not restarting.

Van Gisbergen had qualified second for the second and final 250km race at the Beaurepaires Sydney SuperNight, behind Brad Jones Racing’s Nick Percat in the #8 R&J Batteries ZB Commodore.

What would have been a 64-lapper started under Safety Car and continued as such until Race Control called the red flag on Lap 6.

That would be the end of track activity at Eastern Creek, locking van Gisbergen into a second Supercars Championship title of his career, less than 24 hours after he led a Triple Eight Race Engineering one-two that sealed the teams’ crown.

The 32-year-old Auckland native also won the championship in 2016, his first season at Triple Eight.

Today’s non-result means he also wins the Beaurepaires Sydney Cup, the series within a series comprised of the four events at Eastern Creek, and the $25,000 cash prize which comes with it.

Van Gisbergen’s championship triumph will be made official at the conclusion of the Bathurst 1000 next month.