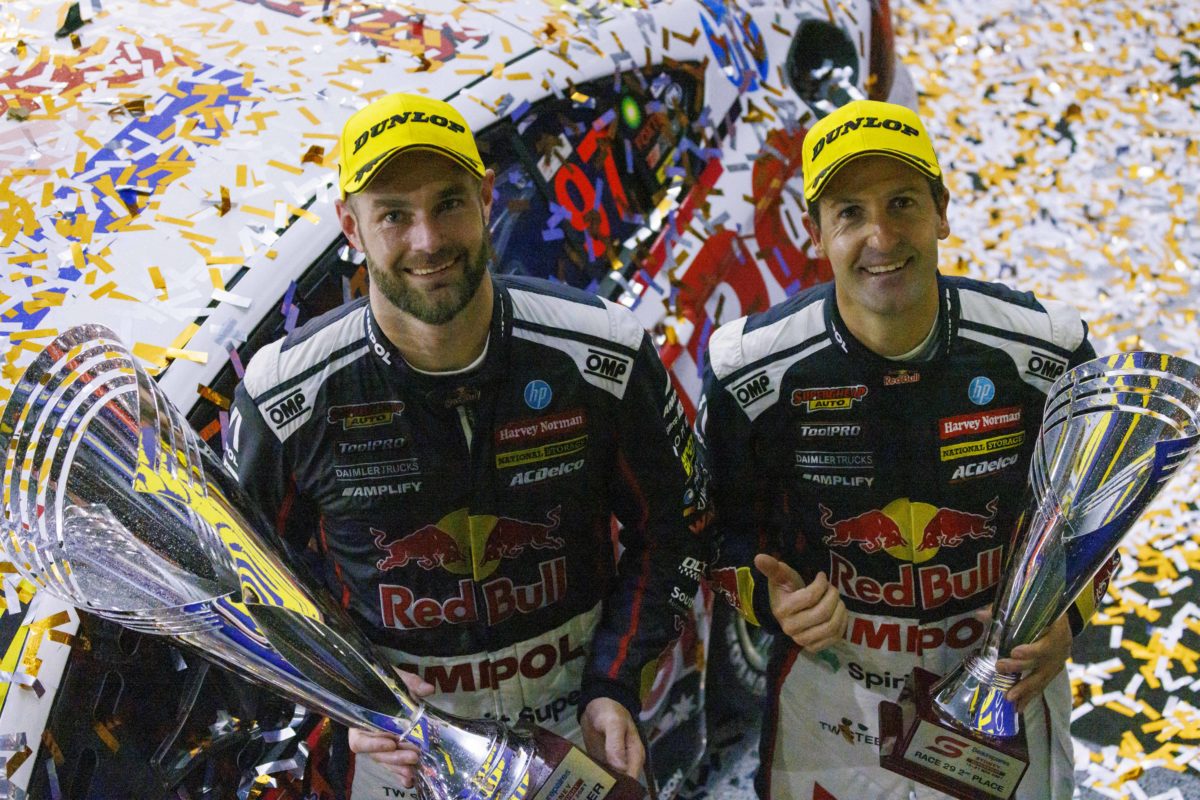 Securing the Supercars teams’ championship was a little more special for Red Bull Ampol Racing given it was done just six days after the flashpoint involving its two drivers.

Jamie Whincup and Shane van Gisbergen were involved in a willing exchange in Race 28 of the season at Sydney Motorsport Park and while both made the podium in the end, there was a feeling that the squabble had cost themselves a one-two.

Just a race later, they did finish one-two, in a fightback from a Safety Car which ruined their original strategy and put both towards the back of the top 10, even with less than 20 laps to run.

With that, Triple Eight Race Engineering took an unassailable lead over the Shell V-Power Racing Team in the teams’ championship, meaning that title is theirs for the first time since 2018, but the 10th in history.

“It’s called a teams’ championship because it reflects on the team, and the effort that goes in from the drivers, engineers, obviously Roland [Dane, team principal], all of the crew,” Dutton told select media including Speedcafe.com.

“It’s not just the crew at the track [either]; it’s the crew back home.

“To win a teams’ championship, you have to have two reliable cars, and two fast cars, so it’s working together and it’s making sure the team from day dot are crossing t’s and dotting i’s and practicing hard, and all those late nights that pay off.”

Dutton, who has attended every event since Triple Eight’s debut in Supercars at Sandown in 2003, said the tension of the weekend prior was resolved quickly.

He also highlighted the team ethos that was evident in Race 29.

“It was special; it was extra-good after last week, but it was a funny week,” added Dutton.

“Everyone was blowing up about the awkwardness and all that, but as a team, we put that to bed on Sunday night before we left the track.

“We got everyone together, we had a good chat, it was super positive, everyone left with their heads held high, and straight away everyone was focused on the job at hand.

“We still had to debrief the drivers to work out how we do a better job of handling that situation. I believe it’s not as straightforward as just saying, ‘Do as you’re told.’

“It’s always easier when people have the buy-in and we’re all on the same page and communicate well, which I think you saw in that race [29].

“Shane had more pace behind Jamie, Jamie moved out of the way, Shane carved a path and Jamie jumped on and worked hard to follow it.” 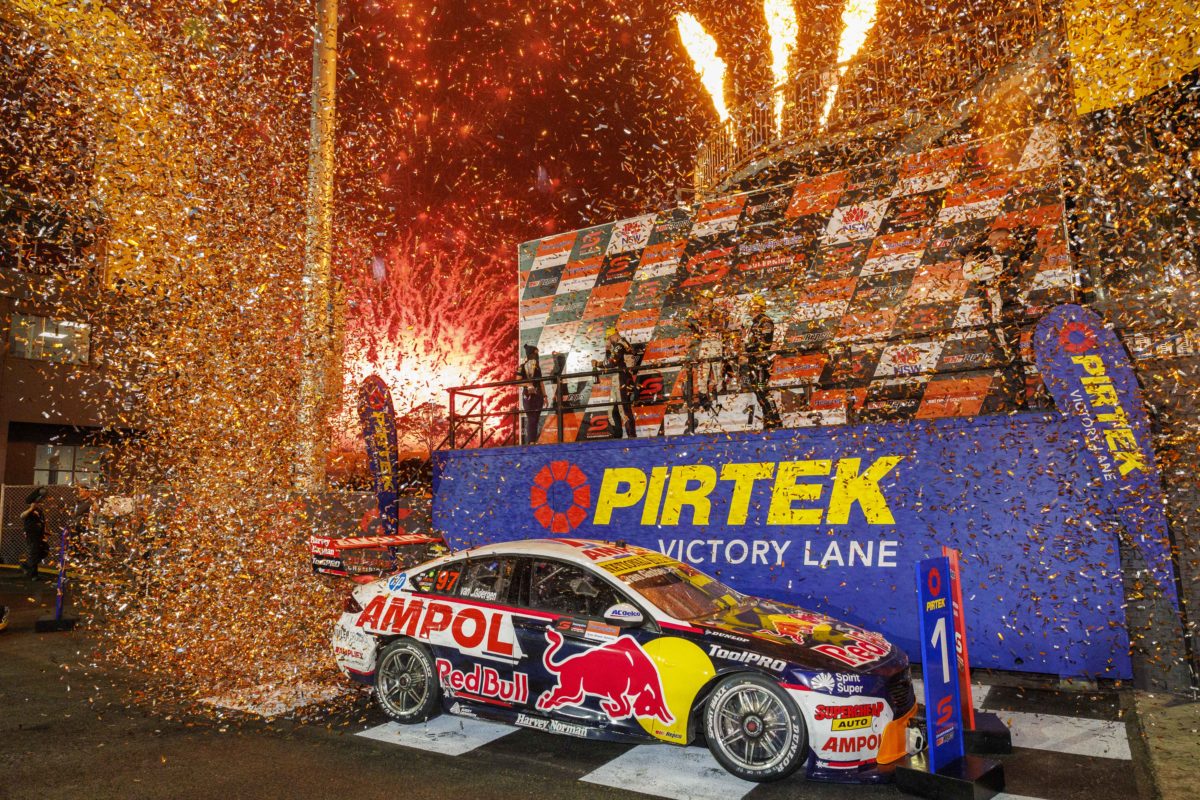 Whincup has also been part of every Triple Eight teams’ title, and drew attention to another benefit of that accomplishment.

“It’s been a good battle with the guys next door [Dick Johnson Racing] – it still is –to grab the teams’ championship back,” said the seven-time drivers’ champion.

“And, the view is better from the first garage; you look out your truck window and you can see out, where all we can see now is another truck each side.

“We feel like we’ve earnt it for sure, and we’ll celebrate that come the end of the year.”

Triple Eight also guaranteed a first drivers’ championship since 2017 with the result in Race 29.

While Whincup could still overhaul van Gisbergen, however unlikely that is, the 2016 champion is now 595 points ahead of third-placed Will Davison, with just 450 more on offer.

However, Dutton rejected a suggestion that he could now let his drivers off the leash when racing each other, given that there is another honour which is still not secure.

That is the Beaurepaires Sydney Cup, a series within a series encompassing the quartet of events at Eastern Creek, for which there is a $25,000 cash prize.

Earning that title would be recognition for the hard work and sacrifice which Triple Eight’s on-the-road crew is making by being away from their Queensland base for weeks on end in order to complete the 2021 season.

“The short answer is no [Whincup and van Gisbergen cannot battle each other completely uninhibited], and the reason for that is this weekend we’re currently leading the Sydney Cup, and that’s a big deal,” explained Dutton.

“Yes, it’s a new cup, but with all the teams all on the road, it’s a big ask on all of the pit crews up and down pit lane for all the teams.

“So, it’s something that you really want to win quite badly, to make it even more worthwhile, the sacrifice and the effort that the whole team is putting in being away for this extended period of time.”

Van Gisbergen also leads the Sydney Cup with just one race to go, with De Pasquale second at 73 points further back and Whincup third only on a countback.

There are 150 points on offer in Race 30, for which qualifying starts today at 10:50 local time/AEDT.