SVG ‘over the moon’ to secure second Supercars title

SVG ‘over the moon’ to secure second Supercars title 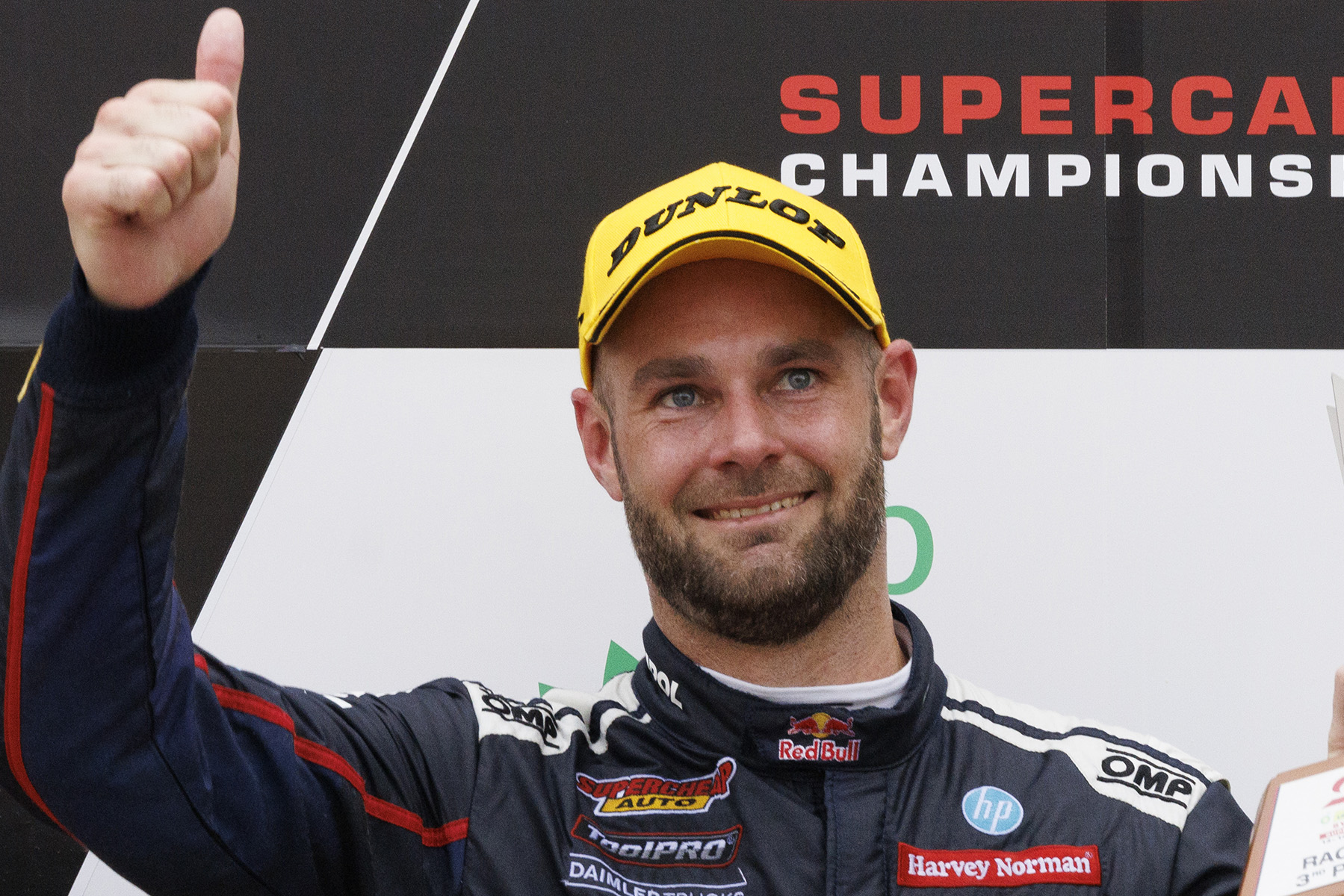 Shane van Gisbergen has lofted praise on his Red Bull Ampol Racing team for delivering consistent results despite not being the fastest on outright pace across the four-part Sydney swing.

The Kiwi will go into the season-ending Repco Bathurst 1000 as champion elect after Race 30 of the Repco Supercars Championship was declared due to inclement weather.

Heading into the penultimate race of 2021, the #97 only needed to keep his margin over team-mate Jamie Whincup at no less than 300 points.

After just six laps behind the Safety Car, the weekend’s final race at Sydney Motorsport Park was called and thus no points were awarded.

“Yeah it sucks we couldn’t put on a show but it’s been an awesome time and super cool to win another championship, over the moon,” said van Gisbergen.

It’s the second championship crown for van Gisbergen, who won his maiden title in 2016 in what was his first year with Triple Eight Race Engineering.

The 2021 campaign hasn’t been without adversity.

Despite that, he was able to return for the following round at Sandown where he would sweep all three races, winning the opening race from 17th no less.

The Kiwi claimed the first six race wins of the season and at no point lost the championship lead.

Since the resumption of the Supercars season in Sydney, the 32-year-old has faced stiff opposition from the neighbouring Shell V-Power Racing Team.

In particular, Anton De Pasquale has been a thorn in van Gisbergen’s side, especially in qualifying.

Nevertheless, while De Pasquale has been a pole position winner on seven occasions from 11 races, van Gisbergen triumphed in three of the races and was a podium finisher in five more, thus securing him the Sydney Cup title and $25,000 too.

That, he said, was reason to praise his team’s effort.

“We haven’t been fast enough but we’ve got the results and been consistent. Less mistakes than others.

“We had one bad race, but the rest of them we were always up there. I can’t thank the team enough.

“It’s been an awesome season. Our cars have been really strong almost everywhere. Just super stoked.”

It means Triple Eight Race Engineering has secured both championships, van Gisbergen’s drivers’ title coming a day after the teams’ championship was won.

One major title remains on offer, that being the Bathurst 1000 win over November 30-December 5.