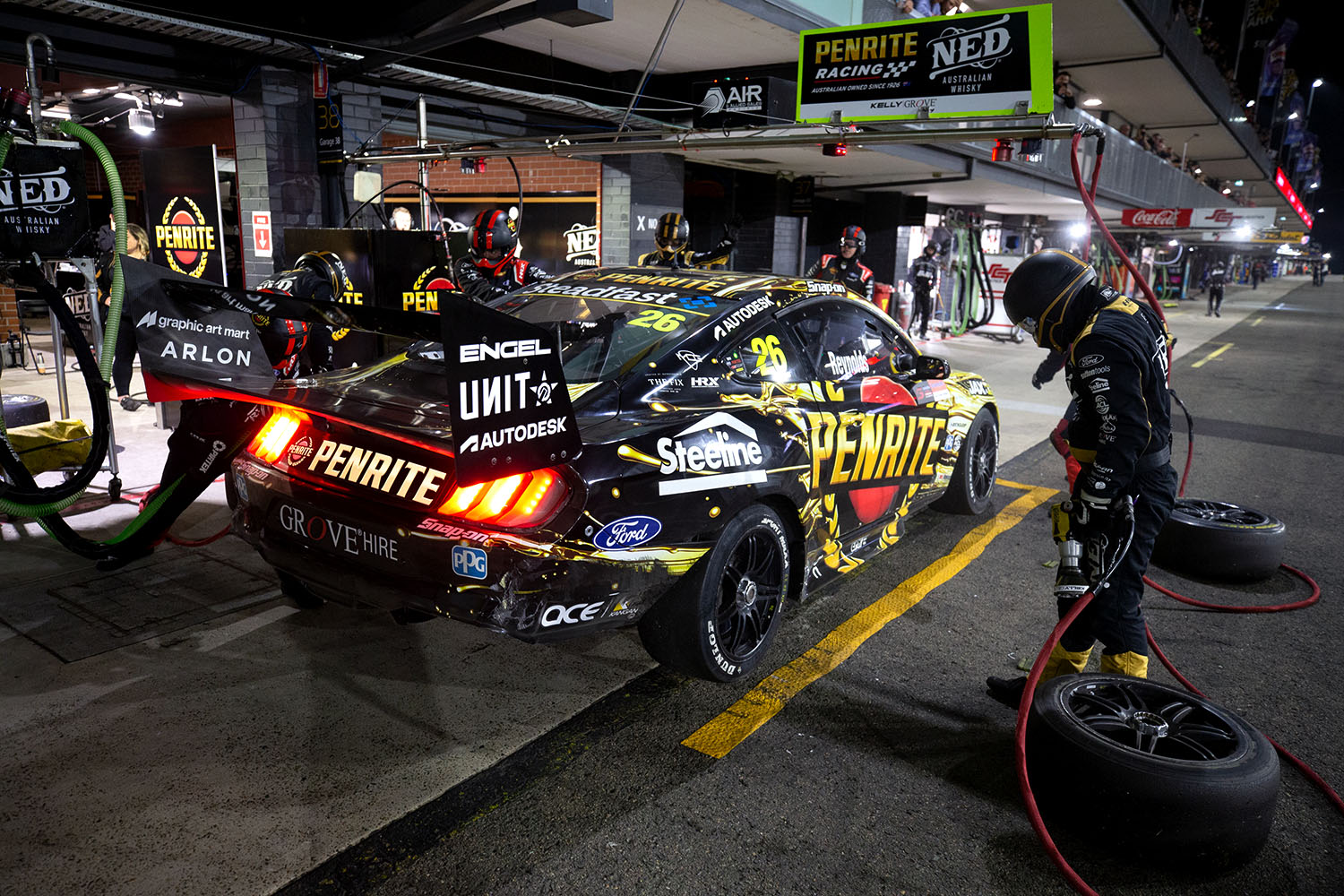 It was a rollercoaster return to racing for David Reynolds at the Beaurepaires Sydney SuperNight as he encountered the highs and lows of Supercars’ mixed tyre format.

Yesterday’s Race 29 marked Reynolds’ first event back since being benched and the first 250km race in nearly four months for the Repco Supercars Championship.

Reynolds was among the bold few who opted to start Race 29 on the super soft tyre and was the lowest on the grid to do so from 17th.

He had his charge stifled on the opening lap when he was cast wide at Turn 3 and took out a pair of advertising hoardings after running side-by-side with Team Sydney’s Garry Jacobson.

After his Lap 1 incident nearly dropped him to last, Reynolds would come through to eighth before a Safety Car intervention on Lap 7 brought everyone into the pit lane to refuel and change tyres.

The Kelly Grove Racing driver duly swapped to the hard compound tyre but could not set a competitive pace and as a result, tumbled down the order and in the process was involved in several door banging battles.

He was among those to twice run on the super soft tyre, but even then he couldn’t maximise the tyre’s grip and would go on to finish 17th – where he started.

“That was long; I had forgotten just how much hard work 250km is,” said the #26 Penrite Racing driver.

“I feel beaten, battered and bruised.

“Our hard tyre pace was average, which kind of ruined our day, but on the super-soft, we were flying, which gives a good indication of what to do [on Sunday].”

That marked an improvement of four places from his starting position of 19th.

With rain on the horizon, Heimgartner said he’s looking forward to the possibility of wet races today.

“It was a very tough race, but I had some good fun,” said Heimgartner.

“The cars had solid pace towards the end, as they always do in the rain. It was a job to be sliding around and getting involved in some good battles”.

“We now focus on [Sunday] and maximising our opportunities with the inclement weather.”