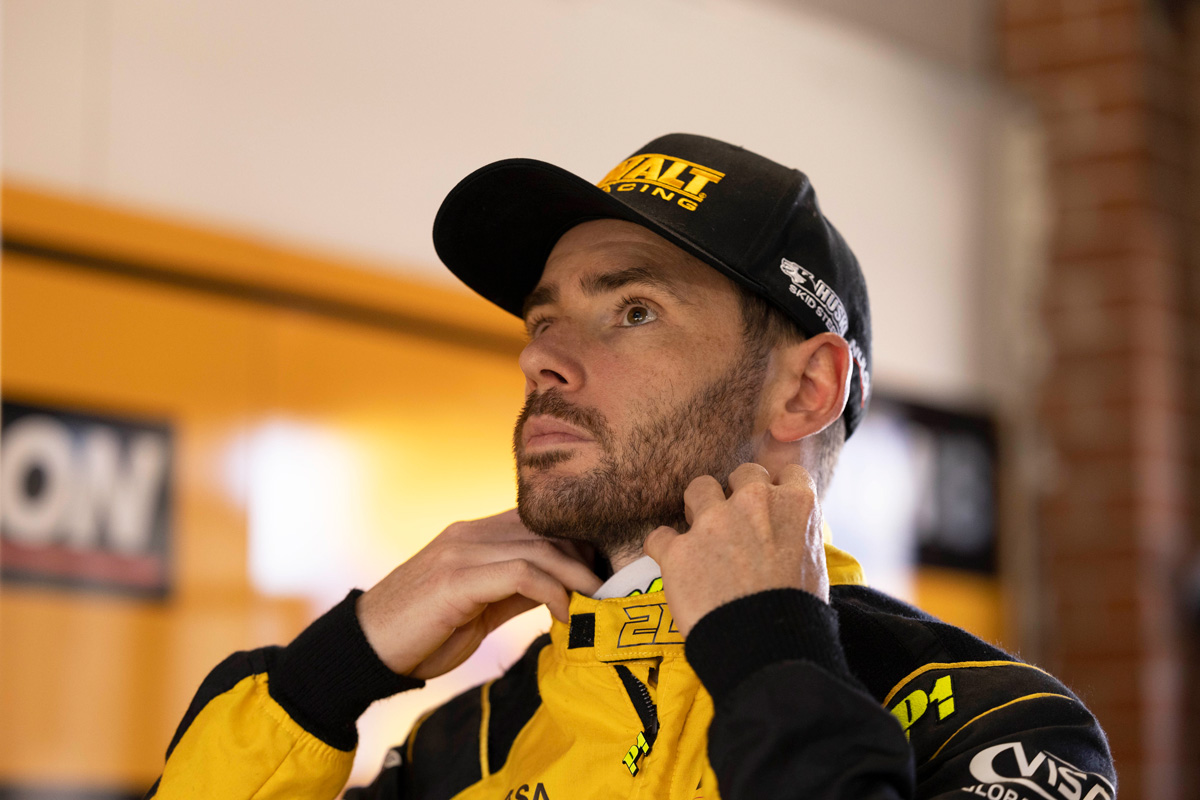 Scott Pye has praised his Team 18 crew for significant gains made across Supercars’ four-week Sydney swing.

The Charlie Schwerkolt-led squad, and particularly Pye, were well off the pace at the October 29-31 event which restarted the 2021 Repco Supercars Championship.

There, the #20 DeWalt Racing entry failed to record a result better than 15th in any of the three qualifying or race sessions.

There’s been noticeable improvement, with Pye finishing five of the seven races since inside the top 10.

One of five drivers to start on the super soft compound, Pye kept eventual second-place finisher Jamie Whincup for company for a large chunk of the race, and felt he had the speed to contend for a podium.

“We got unlucky I think with that Safety Car, but at the end of the day, the race had everything, it had a bit of weather at the end,” said the one-time Supercars Championship race winner.

“We had the pace to be on the podium [last night] and the boys should be proud of that because where we have come from in the four weeks here, it has been a hard slog, so I enjoyed that.

“The restart, the thing was a jet on the hard tyre.

“We had pace on Jamie but I just burnt the front tyre up behind him.

“To stand here now and be gutted that we didn’t get the trophy but know that we were fast enough to get one… it means that we should hold our head high after four weeks of hard work.”

Team-mate Mark Winterbottom finished 12th, one position up on where he had started the 64-lapper.

“I made a good start and had reasonable pace on the hard tyre and we were in a really good position, but tyre life was really bad on the super softs,” reflected ‘Frosty’.

“Our car balance was strong, I’m not sure why we couldn’t keep the right front tyre from suffering as much as it did at the end.

“I’m disappointed to be fair but we’ll turn it around for [today].”

With rain having now set in at SMP, Qualifying for Race 30 will get underway at 10:50 local time/AEDT.