Percat peeved with decision to call off SMP finale

Percat peeved with decision to call off SMP finale 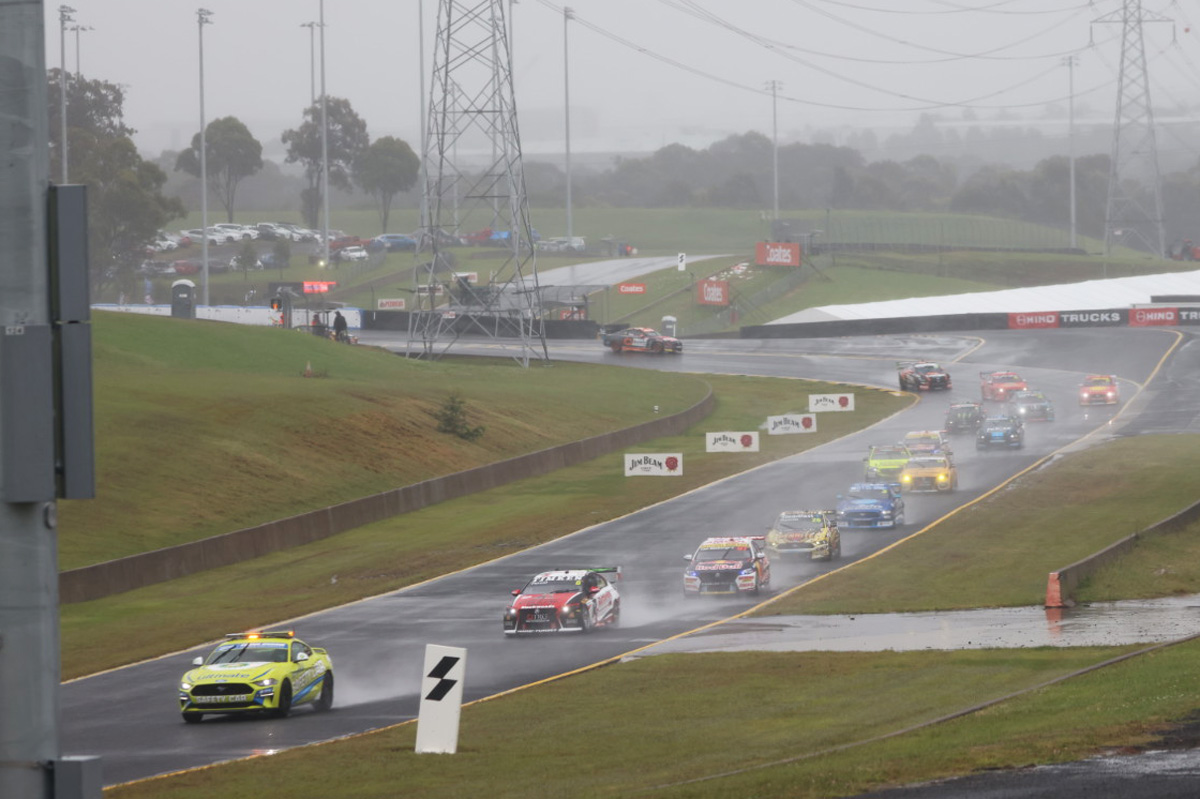 Race 30 pole-sitter Nick Percat has voiced his frustration at the final leg of the Sydney Motorsport Park quadruple-header being abandoned due to wet conditions.

For the second time in 11 races across four successive Sydney events, red flags were deployed due to excessive rain – only this time, not a single racing lap was completed.

Percat did have the most to lose, given his stunning pole position now counts for very little, and he made no secret of his feelings towards the decision to call off the Sunday afternoon action.

“The track condition was not much different to what we drove in the shootout, to be honest,” the Brad Jones Racing star told Speedcafe.com.

“I think Supercars need to have a rethink on how they judge the track conditions because that’s now two races in a row where it’s wet and they’ve declared it when I don’t think it needed to be declared.

“Like, we didn’t even need to have the wipers going full bore, I had mine on intermediate – there wasn’t enough rain around and it just kind of was drizzle all day, so it’s pretty frustrating.”

Percat added it was a major shame for the fans who had braved the conditions awaiting a 64-lap spectacle.

“This weekend we actually had a really good crowd there at Sydney Motorsport Park, which is hard enough as it is, and then to do that to them after they have sat out there in the rain all day is not ideal,” he said.

“Supercars and NSW Government and everyone behind the scenes worked so hard to get us to be able to race these four rounds… maybe we need to put as much effort into making sure we actually complete the races.

“I think they might have got spooked watching Super2 and that crash, but honestly it’s a bunch of kids who are fresh out of go-karts, so it’s not a fair comparison.

“Not once did I get asked by anyone of any sort of officialdom how the track was.”

There were some positives to take away from the day though, having blitzed the field in the Top 10 Shootout to be more than four tenths clear of nearest rival Shane van Gisbergen, who clinched the drivers’ championship.

“Any time you get pole in a Supercar, it’s been a good day,” said Percat.

“I guess the frustrating part is the margin we had in the wet conditions was quite good, it’s not like we just snuck in pole by a hundredth.

“But awesome to get a pole position, and like I’ve said the whole time, wanting to end my time with BJR on a high so I feel like we are kind of doing that.

“We need to tick one more box come Bathurst and get a strong result there, and that will be the best way as my send-off from BJR.”

Percat will team up with Dale Wood for the season-ending Repco Bathurst 1000 early next month, before joining Walkinshaw Andretti United for the 2022 Supercars campaign.