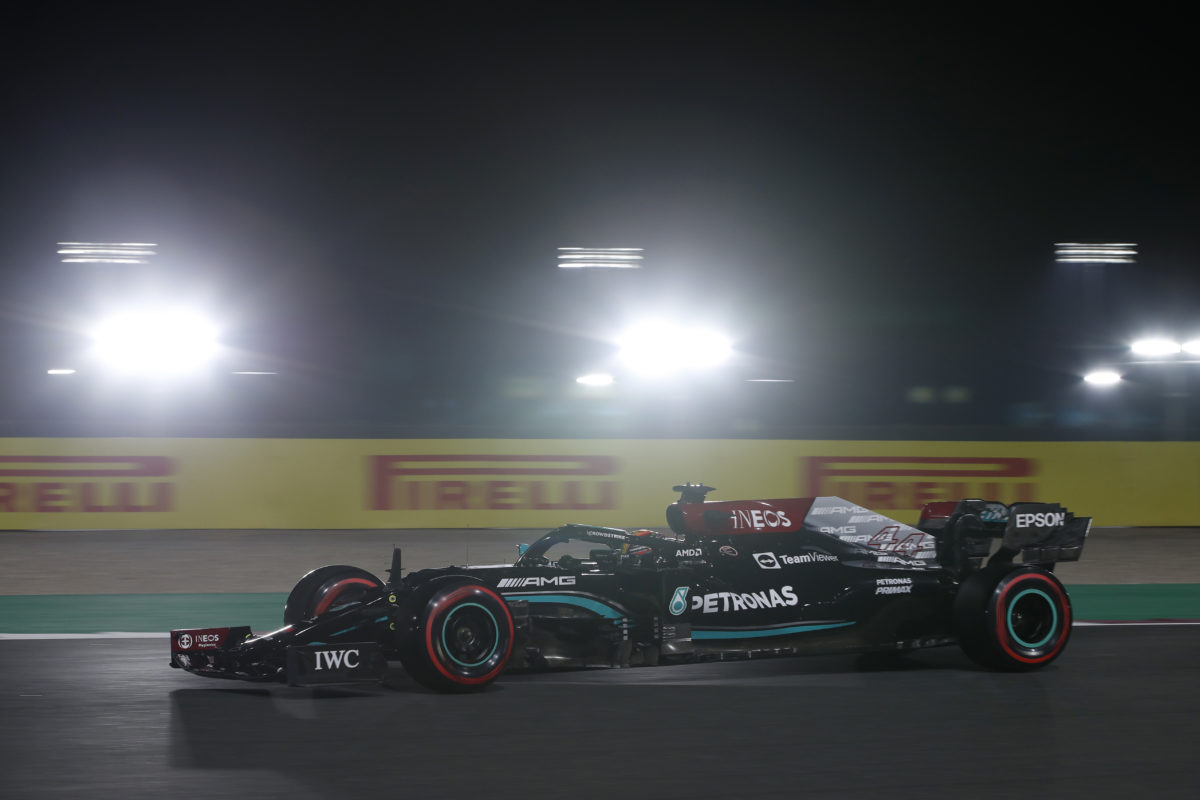 Lewis Hamilton was left surprised by the margin by which he claimed pole position for the Formula 1 Qatar Grand Prix.

Hamilton claimed the 102nd pole position of his F1 career with a lap almost half a second clear of title rival Max Verstappen.

“Definitely wasn’t expecting to have as big a gap as that,” Hamilton said.

“I was relatively comfortable with around a tenth or so ahead through most of the session, but to be able to pull out that extra bit of time, that felt great.”

Pole position leaves Hamilton on the clear side of the track for the start of Sunday’s race, with his Mercedes team-mate Valtteri Bottas behind him in third, while Verstappen will take the start from the dusty side of the Losail circuit.

The result is Hamilton’s fourth pole position of the season, and his first since the Hungarian Grand Prix in August.

Though he enjoyed a comfortable advantage in qualifying, in race trim Hamilton expects Verstappen to pose a greater threat.

“We always end up getting closer, our pace closes up to each other when it comes to race pace,” Hamilton said.

“I think the car’s in a good place [and this is] a difficult circuit to follow.”

This weekend’s event is the first time Formula 1 has ever visited Qatar, the Losail circuit having proved popular with drivers.

“It’s such high speed, there’s only one relatively slow corner, which is Turn 6, but otherwise it’s all medium and high speed,” Hamilton said.

“It’s all about getting the flow, using all the track, but it was really beautiful out there today, especially under the night lights.

“I didn’t know I was going to gain as much time as I did on that last lap, he added.

“Normally it’s a bit of a struggle with the second run in Q3, but the last couple of races managed to really put a nice clean lap together.”

Hamilton trails Verstappen by 11 points in the drivers’ championship, with a maximum of 78 still in play.