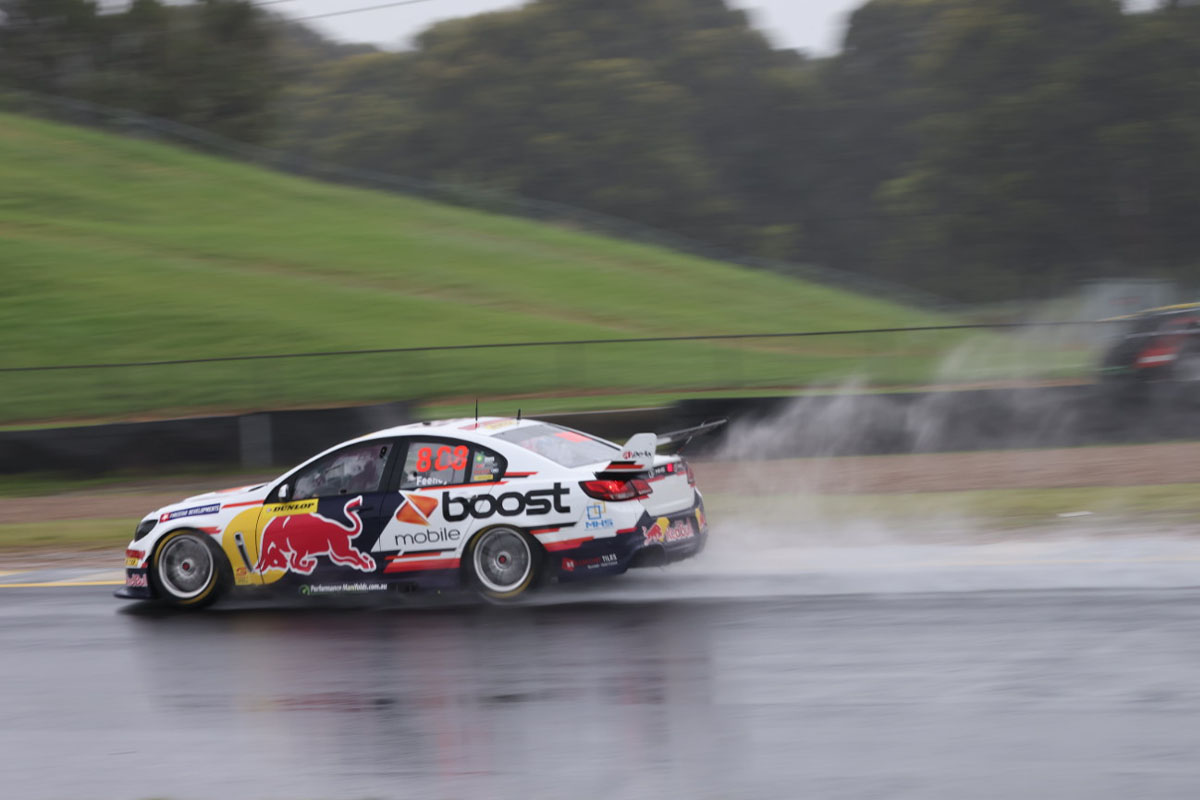 Broc Feeney will start on pole position for Race 2 of Round 4 of the Dunlop Super2 Series after prevailing in a wet qualifying session at Sydney Motorsport Park.

Almost 0.8s separated the Triple Eight Race Engineering driver from third-fastest, that being MW Motorsport’s Tyler Everingham, but the difference between Feeney and his nearest title rival, Tickford Racing’s Zak Best, was only 0.0602s.

Both the Super3 and then Super2 halves of the session were run with rain falling over Eastern Creek, and Feeney was the pace-setter after his first flying lap on just a 1:48.0176s, more than 18 seconds slower than pole in Qualifying for Race 2.

A lull of sorts followed at the very top of the timing screen but there was more time to be found with the chequered flag out.

Feeney could go no quicker in the first and third sectors but still managed to eke out a 1:46.5089s and that was just as well, considering Best then broke the beam at a time of 1:46.5691s.

Everingham had by then consolidated third in the #27 Nissan Altima before Angelo Mouzouris, who had not long spun on a puddle exiting Turn 6, drove the #6 Triple Eight VF Commodore to a 1:47.3884s to earn fourth on the grid.

The latter had been made to sit out the first two minutes of the Super2 part of qualifying after going out initially with the Super3 field instead of pitting.

The Super3 hit-out which preceded Super2’s half of qualifying was neutralised before anyone had a chance to set a lap due to Image Racing’s Reef McCarthy sliding off at Moffat Corner (Turn 1) and finding the barriers in the #61 FG Falcon.

Pit exit opened again with five-and-a-half minutes left on the clock, giving everyone else enough time for back-to-back flying laps.

Michael Anderson (#5 Anderson Motorsport FG Falcon) was second-fastest through each of their respective tours of Eastern Creek, on a 1:56.9200s and then a 1:56.2699s, earning 19th on the combined grid.