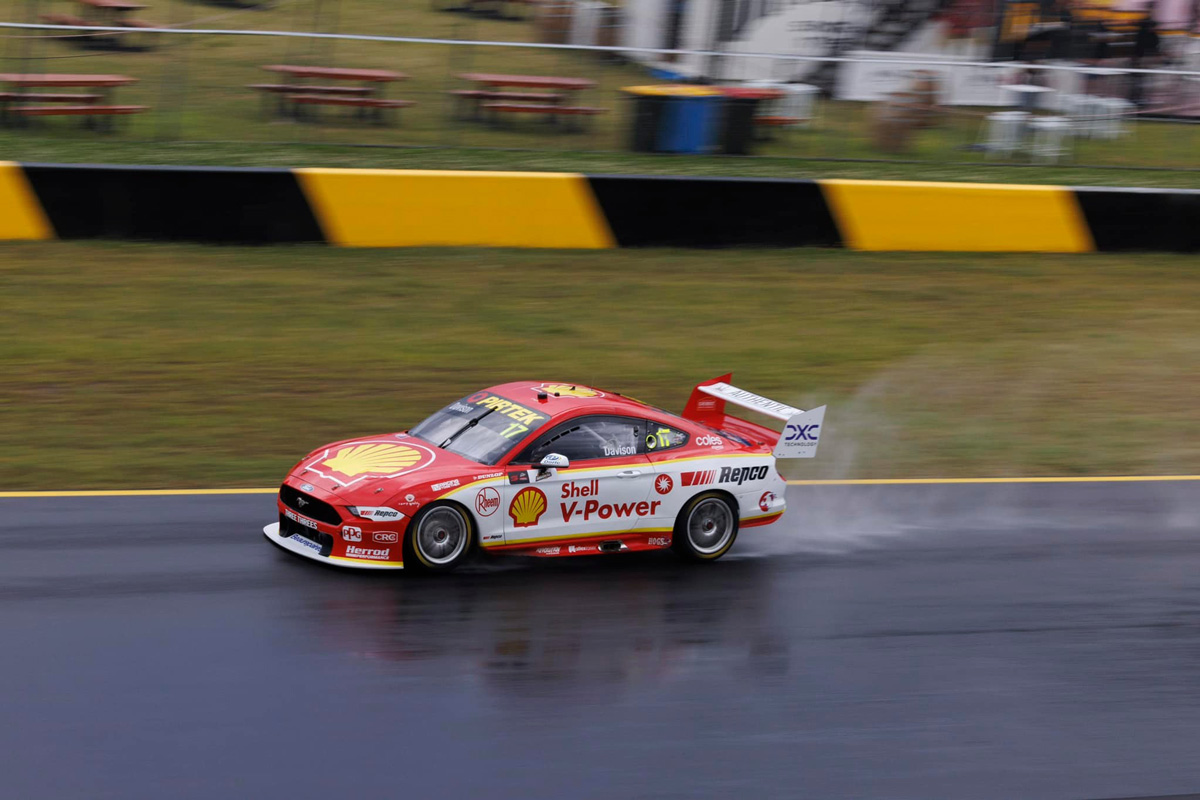 The in-form Shell V-Power Racing Team has had both its cars miss the top 10 in qualifying for the first time this year at the Beaurepaires Sydney SuperNight.

At a sodden Sydney Motorsport Park, Will Davison wound up 11th at the close of Qualifying for Race 30 while team-mate Anton De Pasquale was only 17th.

Davison narrowly missed out a Top 10 Shootout berth, only to be bumped out at the death by Team Sydney’s Fabian Coulthard who shot up to fourth.

For the #17 Ford Mustang pilot, it was a case of missing the opportune time to set a lap early in the session.

“The wet often is a big curveball on tyre pressure, we missed the boat,” said Davison.

“A lot of standing water, a lot of rivers, but otherwise the track has got good grip.

“Bit of a shame because we qualified very well in the wet last time.

“The car’s actually good in the wet, we just missed the boat when it was at its driest at the start of the session we tried to come in and compensate but it got a lot wetter at the end.

“We went quicker but it was a lot wetter.”

Dick Johnson Racing has been strong in qualifying, particularly De Pasquale who has seven pole positions from 11 races across the four-part Sydney swing.

The team was good in the wet when the championship last raced in the rain at Sydney Motorsport Park a fortnight ago.

However, both Davison and De Pasquale noted the conditions being worse the second time around.

“We sort of didn’t get a great run, just didn’t have much pace, then changed tyres and it was all coming good then I made an error on that last lap there.

“Anyway, we are where we are. We have a long race and go from there.

“It’s a lot wetter. Obviously the time is a lot slower. It’s not as good as that day. We’ll have a look at it all and have a go.”

The Top 10 Shootout, which Dick Johnson Racing will not feature in, gets underway at 12:30 local time/AEDT.