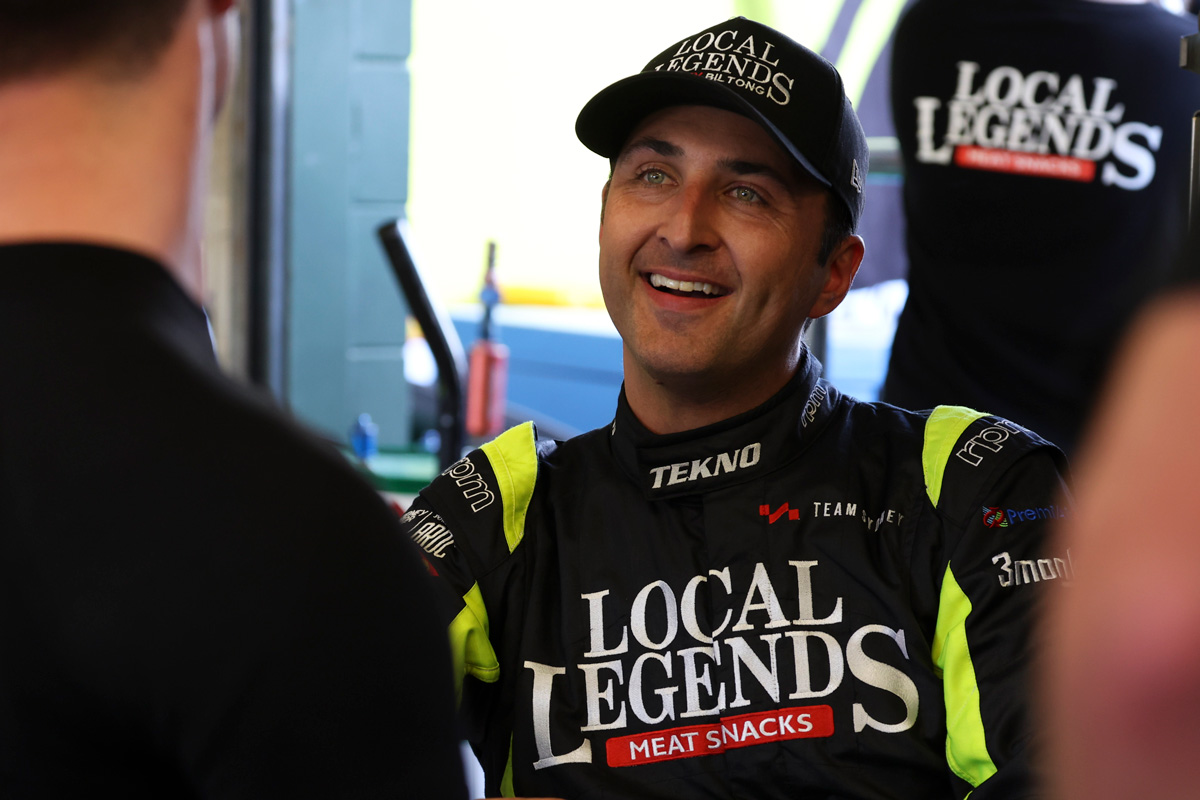 Team Sydney’s Fabian Coulthard says his car got “better and better and better” in Qualifying for Race 30 at the Beaurepaires Sydney SuperNight, netting him fourth provisionally.

The #19 Local Legends Racing driver cracked the top 10 in the dying moments of the wet 15-minute session at Sydney Motorsport Park.

At worst, Coulthard will end up 10th in the Top 10 Shootout to come, meaning it’ll be the first time he has started on the fifth row or higher all season.

The 39-year-old’s previous best performance in qualifying in the four-part Sydney sojourn was 14th at the first event, while 11th had represented his season-best starting spot (Race 7 at Symmons Plains International Raceway).

“We have got to go for the positives and to be in the shootout is pretty cool.

“We’re all working hard and we’re trying to do this every week but sometimes it’s more difficult than others, but it’s nice not to be on the back-row.”

“I was actually trying to get a bit of brake temp on the in-lap, maybe we just got the brakes a bit too hot and then the fire marshal is obviously doing his duties there, he saw something that looked suspicious like a fire or something,” he explained.

“So he is just doing his job but I think now that that’s happened, we had a bit of a vibration.

“These race cars, we try all these different things to get some grip and temperature into the tyre and it didn’t come our way this time so lesson learnt, we won’t do that one ago.”