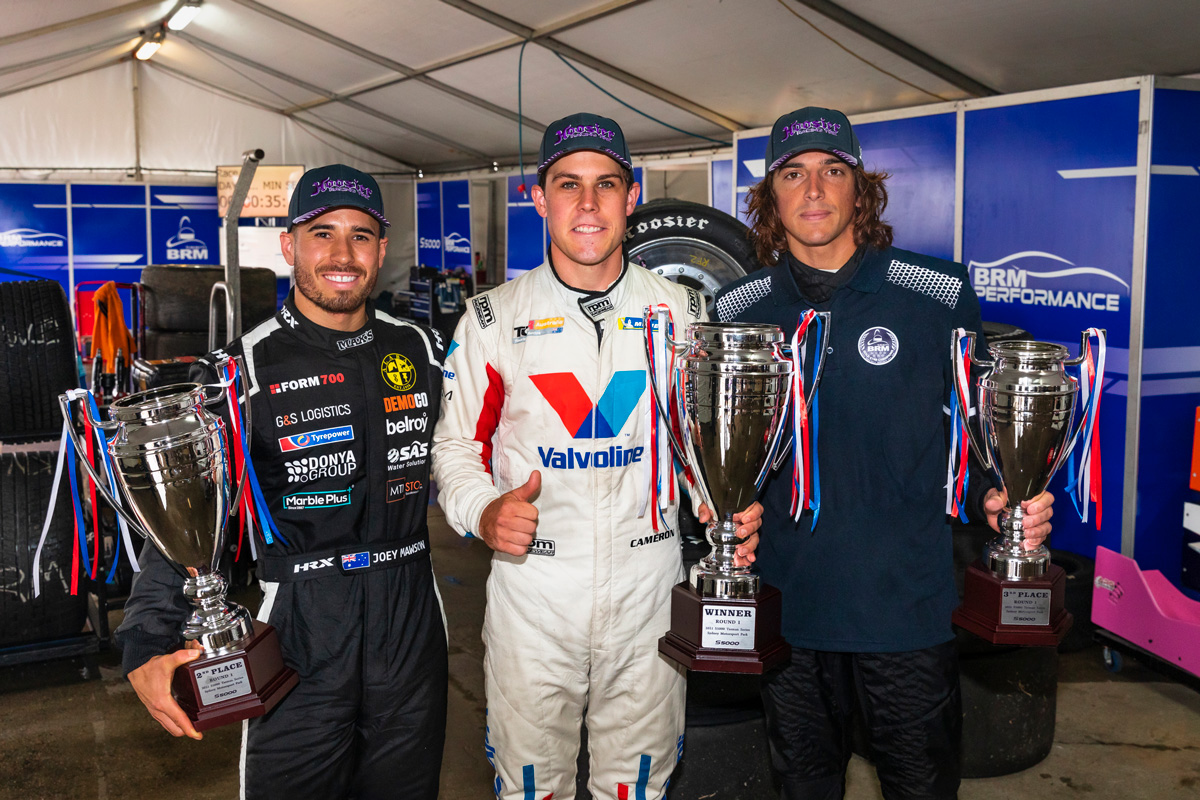 Aaron Cameron has stormed into the lead of the Shannons S5000 Tasman Series after winning the category’s feature race at the Beaurepaires Sydney SuperNight.

Starting from fourth in heavy wet conditions as proceedings commenced behind the Safety Car, Cameron found the lead by the end of the first lap under green flag.

The Supercheap Auto TCR Australia regular was supreme from there as others around him struggled.

Pole-sitter Tim Macrow ran a touch wide at the first corner of racing as Cooper Webster spun behind.

Cameron took the lead with a move around the outside of Macrow at Turn 6 later that lap, with Roberto Merhi relieving the latter of second the next time around at Lap 2.

Merhi and Macrow would engage in a back-and-forth exchange before the former spun on Lap 5 – with James Golding also finding trouble.

Macrow, Nathan Herne and Jordan Boys, who was stripped of his Race 2 victory due to a technical infringement, were among others to have offs.

Herne had run as high as second but ended up being the only non-finisher of Race 3.

Cameron took the chequered flag with more than 4.5s in hand to Joey Mawson, with Merhi rounding out the podium. Merhi had been promoted to the Race 2 win at Boys’ expense.

“It was absolutely nuts, starting under the Safety Car and first time in the wet in these things,” said Cameron.

“It was awesome, trying to keep it on the black stuff, which we did, and it played out pretty well for us.”

He now holds a 19-point lead over Merhi and Macrow, with four races to come in the series, all at the Repco Bathurst 1000 across November 30 to December 5.