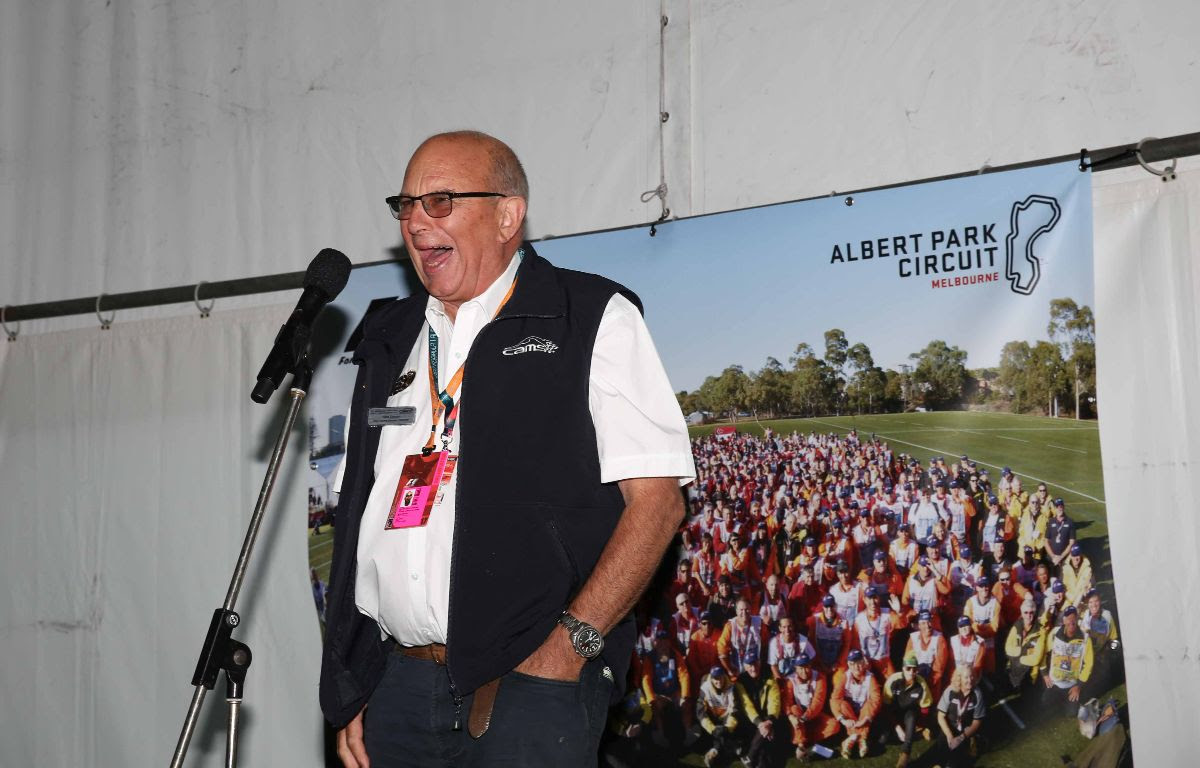 Veteran Australian motorsport official Henk van den Dungen has been bestowed the award of 2021 FIA Senior Official of the Year.

The 77-year-old has held various roles in the sport across a period spanning more than five decades, including as the National Clerk of Course at the Formula 1 Australian Grand Prix.

“I was absolutely speechless when I got the call from Motorsport Australia’s Michael Smith,” said van den Dungen.

“At first I thought he was calling about the Qatar Grand Prix, but it was about the award and I just couldn’t believe it.

“I am delighted to have won and seriously humbled by it because it’s recognition for the many years I have put into motorsport.

“Of course, it doesn’t just represent my efforts, it’s more representative of the team that I have had the pleasure of working with throughout my time – without them it wouldn’t be possible.

“I am very grateful to have enjoyed the last 55 years and motorsport has been a large part of my life.

“It’s been a fantastic time and I want to thank everyone who has played a role in my life in motorsport.”

Having first started out as an official in 1965, van den Dungen has cherished his involvement in motorsport.

“What I have enjoyed most about being an official, especially at the Grand Prix, is the camaraderie amongst all the volunteer officials,” he said.

“It’s all about the friends you make. The crew that goes to the Grand Prix every year and the friendships you make are just 100 percent and I love it.

“Our Grand Prix is special because we have such a terrific team who love what they do and have a lot of fun each year – which for me is what it’s all about.

“What always stuck with me was that the late great Charlie Whiting [former F1 race director] used to love coming to our event because he knew he didn’t have to worry about the circuit as he had complete faith in us as operators.

“I love working at the Grand Prix. It’s such a great event and has such a buzzing atmosphere. I wouldn’t miss it for anything in the world and honestly, it’s the most exciting thing I do all year.”

Motorsport Australia CEO Eugene Arocca congratulated van den Dungen: “Henk is fantastic at what he does and is certainly deserving of this award.

“The continued success and growth of the Formula 1 Australian Grand Prix is reflective of Henk’s selfless devotion and commitment to the event, as he volunteers much of his personal time to many months of pre-event planning and organising.

“Henk is a wonderful leader. He has a wealth of knowledge and has an excellent ability to both manage critical situations and keep the schedule on time, which is a testament to his many years at the highest level of the sport.

“We may not have had a Grand Prix for the last two years, but he has still showcased his talents at many other events throughout the year, which is why it’s fitting that the FIA has honoured Henk.

“To have another Australian recognised internationally is fantastic for our sport and I couldn’t be prouder of Henk and all of our officials for doing what they do.

“This form of recognition confirms the high regard in which our Motorsport Australia officials are held, both here and internationally.”