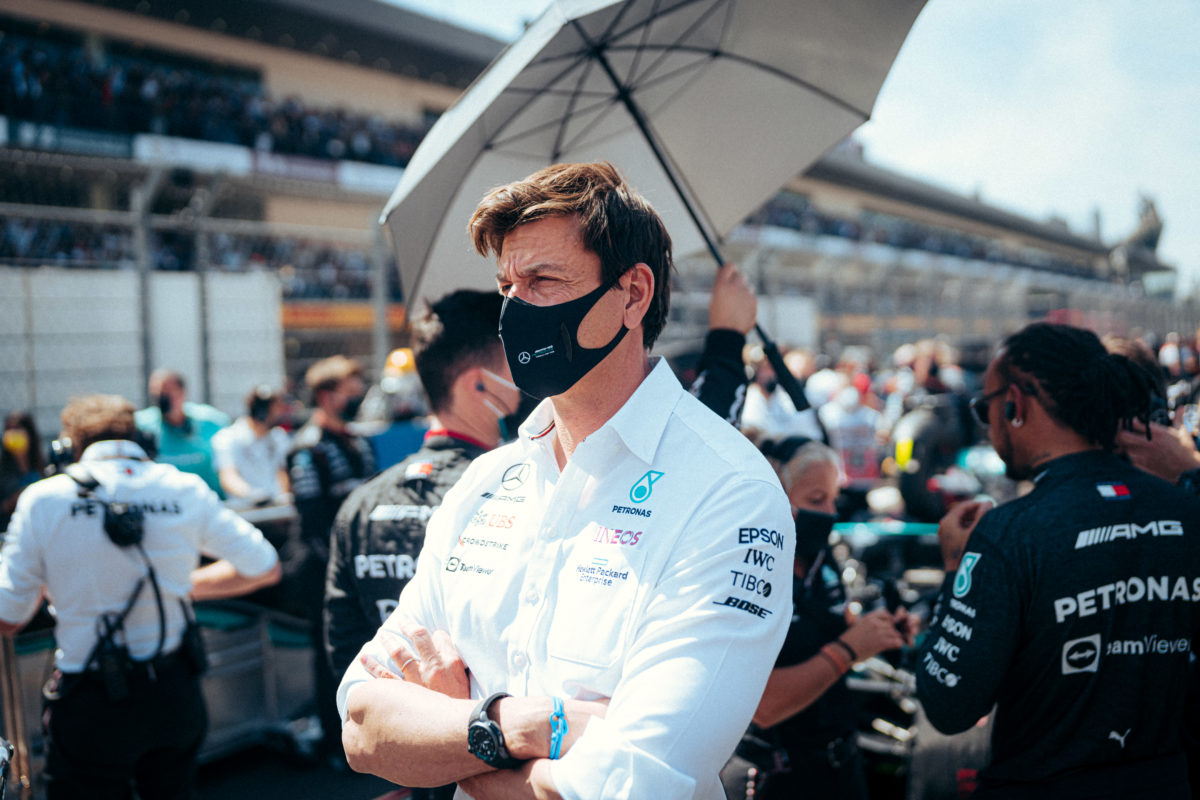 Mercedes’ Toto Wolff has admitted he was not surprised his team was denied the right of review over an incident during the Formula 1 Sao Paulo Grand Prix.

A lengthy stewards report handed down on Friday afternoon in Qatar outlined why officials had denied the constructors’ championship leaders the review.

Ostensibly, this was because, in the eyes of the stewards, the new evidence was not significant.

The incident in question occurred on Lap 48 of the Brazilian race, when Max Verstappen and Lewis Hamilton both left the road at Turn 4.

Footage released by Formula One Management in the days following the event offered new vision previously unavailable, which Mercedes used as the basis for its request.

However, they found that, while the footage was relevant, it was not significant and therefore rejected the request for a review.

“Completely expected,” Wolff said upon learning the review had been denied while participating in the FIA press conference on Friday.

“I think we wanted to trigger discussion around it, because probably it will be a theme in the next few races.

“I think that objective is achieved. We didn’t really think it would go any further.”

Speaking earlier in the press conference, Wolff stated the request was more to do with the principle of the issue rather than the specific Interlagos incident.

“We don’t expect to gain anything to be honest from the right of review, but it’s more about the principle and the philosophy,” Wolff said.

“Because, if it stays that way, that means overtaking from the outset is pretty much not possible anymore, because the inside controls the corner completely.

“Now that is anyway the case, but as it was before when a car is next to you, you need to leave a car width.

“That’s not the case,” he added, “so we just want to take it to the end, have a judgement on that, and then adapt if necessary for the last few races.

“And you can see some of the drivers have actually expressed the same opinion, so that’s why we’re thinking we’re making the stewards have another look on it.”