Tickford not getting ahead of itself despite promising practice

Tickford not getting ahead of itself despite promising practice 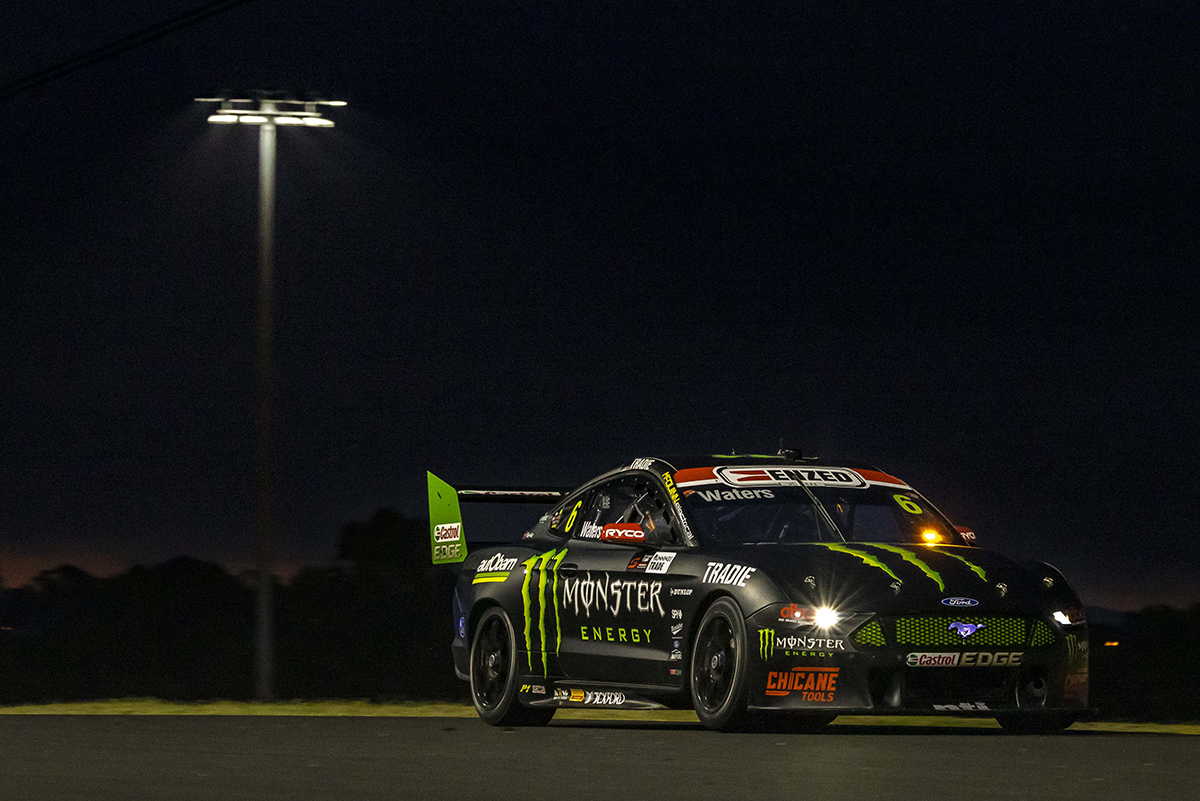 Cameron Waters was the best of the Tickford Racing entries on Friday. Picture: Mark Horsburgh

Tickford Racing isn’t reading too far into its Friday form despite having all three cars inside the top 10 after Practice 1 at the Beaurepaires Sydney SuperNight.

Meanwhile, James Courtney was eighth and seven tenths off the pace for Boost Mobile Racing.

That came after all three cars were inside the top 10 in the Additional Drivers Practice led by James Moffat in fifth, Zak Best in sixth, and Thomas Randle in seventh.

However, Tickford Racing team principal Tim Edwards downplayed the practice pace as an indicator of what’s to come.

“Three cars in the 10 in both sessions looks nice but at the same time we know practice doesn’t always tell the story.

“We know there’s room for improvement so while the numbers look solid today we’re not resting at all.

“[Saturday is] a big day especially with the longer race, so we’ll keep tuning the cars and look to improve further across the weekend.”

Waters, who has been Tickford Racing’s best performer across the Sydney swing but has largely struggled for pace, echoed Edwards’ sentiment.

“It was a pretty good day, a long day to be in the car for just one session, but it was good to get Moff some laps in the car ahead of Bathurst,” said Waters.

“Then [Friday night] we just kept chipping away at the car set-up, trying a lot of different things and seeing what we can learn.

“To be fifth in both sessions is pretty good and we have made some progress on the car, but it’s too early to say we’re where we need to be.

“We’ll figure that out pretty quickly tomorrow [Saturday], but until then we’ll look over the data tonight and make some positive changes for tomorrow.”

Since the Repco Supercars Championship resumed at Sydney Motorsport Park, Waters has accumulated the most points for the Campbellfield-based squad.

However, the team has largely struggled. Waters has slipped from third to fifth in the drivers’ championship and finds himself just nine points clear of De Pasquale.

James Courtney is 11th while Le Brocq is down in 16th.