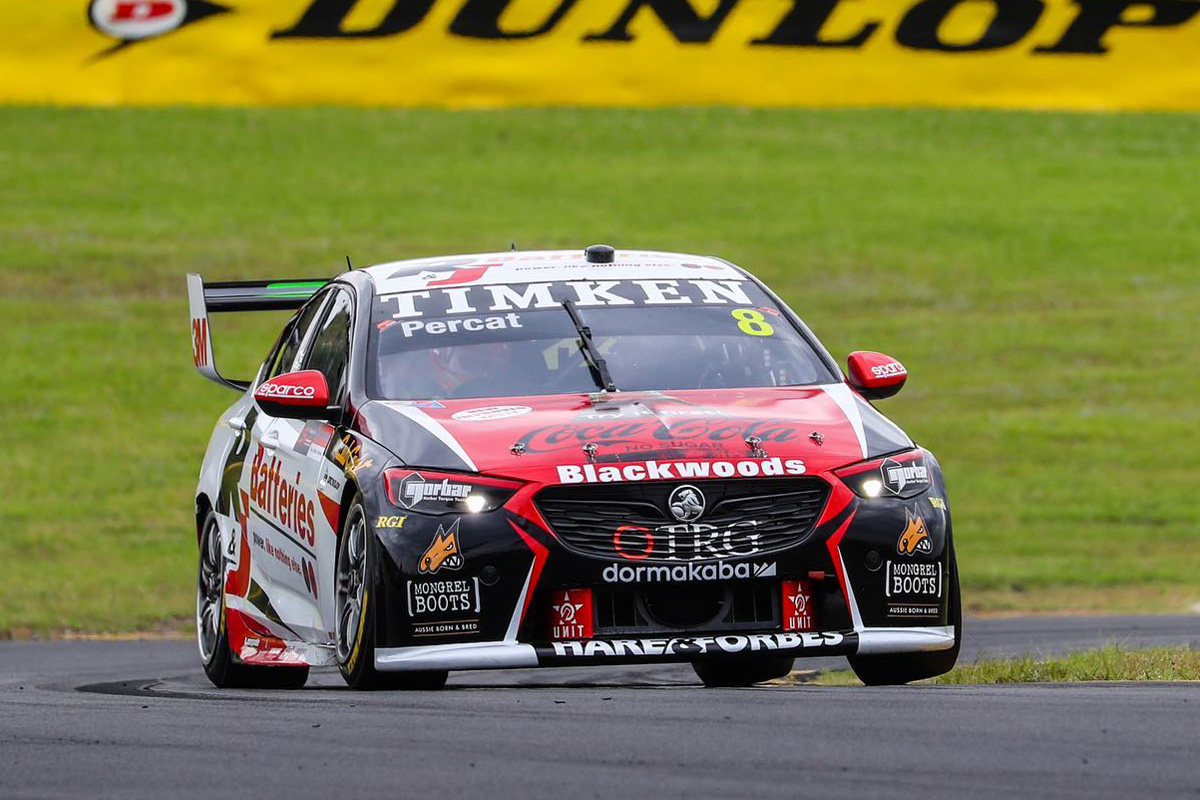 Several Supercars drivers were left perplexed by tricky track conditions in the Top 10 Shootout ahead of Race 29 at the Beaurepaires Sydney SuperNight.

Anton De Pasquale got through to the shootout on a 1:29.2429s, though his time in the one-lap dash was more than a second adrift, lapping Sydney Motorsport Park in 1:30.4532s.

A handful of drivers lamented the conditions, Scott Pye who qualified 10th for Team 18 ending up 1.6612s away from the pole position time.

Such were the conditions, both Brad Jones Racing’s Nick Percat and Erebus Motorsport’s Brodie Kostecki said they felt as if they were on a different compound of tyre altogether.

Percat would wind up seventh behind team-mate Todd Hazelwood who was sixth fastest.

“It’s honestly like we have gone to a super hard compound,” said Percat.

“So good job to Todd, he’s read the conditions well there. But for us, just not enough grip overall.”

Kostecki, who maintained his standing in fifth between qualifying and the shootout, echoed Percat’s sentiment.

“It was a lot different from qualifying,” said Kostecki.

“I’m not sure if the track conditions were a bit different, it honestly felt like I was on a completely different tyre, to be honest.”

Jack Le Brocq was the best qualifier for Tickford Racing in eighth, one place ahead of team-mate Cameron Waters.

“It was terrible mate, absolutely terrible,” said Waters, who was first out on track in the shootout.

“I don’t really know why, just didn’t really make any grip so yeah, it is what it is. We did try a few things but we’ll regroup and see what it was.”

Even those at the pointy end noted the conditions.

Will Davison qualified third for the Shell V-Power Racing Team, ending up eight tenths adrift of his team-mate and pole-sitter De Pasquale.

“I mean obviously you have got a fair idea by listening to the times, what the boys have done before me, but I was hoping it might grip up.

“As soon as I was on the warm-up lap, it nearly feels like there’s a layer of oil on the track. Absolutely no grip at all. We got a lap down anyway.”

Race 29 at Sydney Motorsport Park gets underway at 19:10 local time/AEDT.