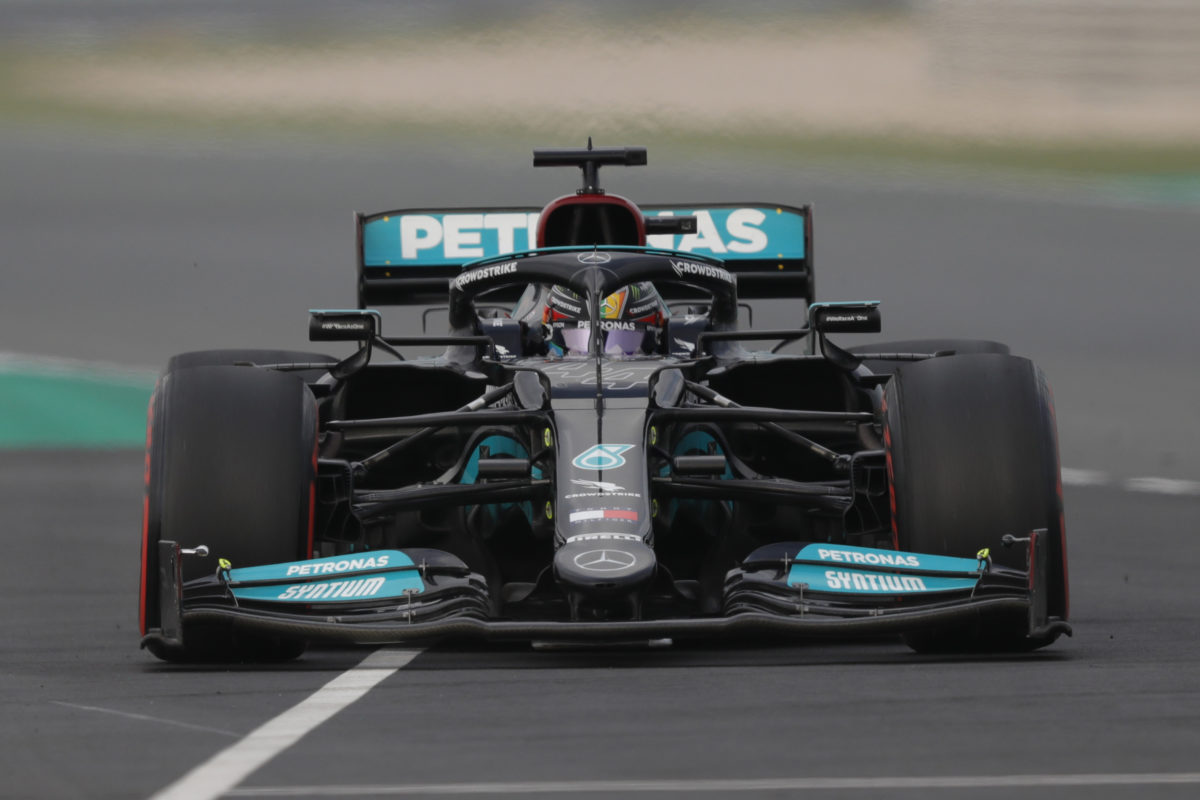 Red Bull boss Christian Horner has not ruled out the prospect of lodging an appeal against Mercedes at this weekend’s Formula 1 Qatar Grand Prix.

In an increasingly bitter world championship battle between the two squads, Horner has raised concerns over the rear wing on the Mercedes W12 driven by Lewis Hamilton and Valtteri Bottas.

It follows a request for review into an incident from the Sao Paulo Grand Prix a week ago by Mercedes, a process which was ultimately denied but dragged well into Friday in Qatar.

Red Bull is believed to have held suspicions over Mercedes’ rear wing since a mid-season speed boost was witnessed around the time of the Turkish Grand Prix.

A number of theories have been floated, including a trick rear suspension that compresses at speed.

There have also been questions raised of the Mercedes power unit given the performance boost seen from a new internal combustion element for Hamilton in Brazil.

Most notable however are concerns surrounding the rear wing, which Verstappen was fined for inspecting in parc ferme following qualifying in Interlagos.

“If we believe the car is not in compliance, we will protest,” Horner affirmed to the media on Friday.

“The straight-line speeds that we’ve seen in Mexico and in Brazil, I mean, I think everybody could see in Brazil was not a normal situation.

“And yes, a new engine comes, we know with a Mercedes, comes with increased performance.

“But when you have a 27 kilometre [an hour advantage] and you see witness marks on rear wing end plates that have been marking from wings that have been flexing, it’s very clear to us what has been going on.

“We’ll follow the situation, it really depends on really what happens this weekend,” he added when asked how close Red Bull was to protesting its title rivals.

“It really depends what we see, and it’s not just applied to here because I think it’s, in many respects, even more pertinent to the two circuits that are coming up.

“But, as a competitor, as I’m sure Mercedes, and we know, have paid a huge amount of attention to our car through the season, we are obviously doing the same.”

Horner’s opposite number, Toto Wolff, is satisfied his team is operating within the rules, despite his rival’s accusations.

“That is how you fight, you’re trying to avoid that a competitor has an advantage,” Wolff said.

“If you’re led by scepticism, because someone told you something and you expect that to be the root cause, you should go for it.

“The FIA has all drawings about it, there is no such thing as Red Bull expects there to be.”

Horner was not satisfied with that statement, however, and asked Wolff “so how do you explain the score marks on the rear wing endplate?”

“I think it’s within what is allowed, and therefore that’s okay,” came the response.

Horner’s accusations come after Hamilton was excluded from qualifying in Sao Paulo after the rear wing on his car failed a post-session scrutineering test.

In the drivers’ championship, Verstappen holds a 14-point advantage over Hamilton.