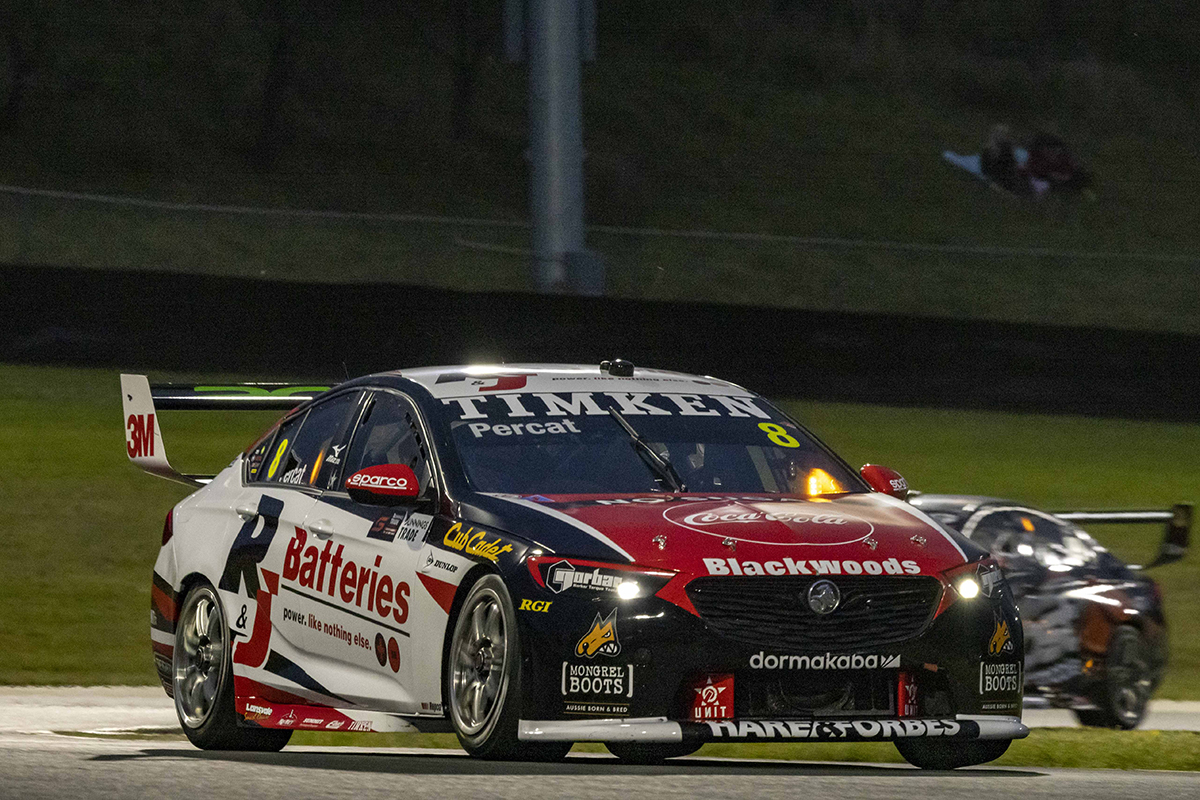 Nick Percat was relegated to 10th after a post-race penalty. Picture: Mark Horsburgh

The #8 Holden ZB Commodore driver himself was demoted from his eighth place finishing position to 10th after he received a five-second post-race penalty.

That came in retaliation after an earlier incident in which Percat was allegedly “escorted off” by Brown in the closing stages of the 64-lapper at Sydney Motorsport Park.

The Repco Supercars Championship rookie would finish the race seventh having run as high as second after those on the super soft compound tyres stormed through the field late on.

However, Percat said he believes Brown should be penalised for their last lap clash, though Motorsport Australia officials later cleared the #9 driver of any wrongdoing.

“I was in a bit of a battle with Will Brown, we ran side-by-side through [Turns] 4, 5, and on the exit of 6 he’s kind of opened the wheel up and escorted me off so then I’ve lost a spot to [Brodie] Kostecki,” Percat explained.

“Then I thought, ‘You know what? I probably shouldn’t have lost that spot’ and I got into the rear bar of him at [Turn] 8 and pushed him up high and over-under-ed him and copped five seconds for it.

“Little bit annoying. I assume Brown will get the same penalty. Yeah, it’s all good. You get frustrated and you’re like ‘Gah!’ and just leant on him and pushed him out of the way basically.”

Percat said in every race in the four-part Sydney swing he’s had a coming together with one of the Erebus Motorsport drivers.

“I’ll just talk to Brodie and Will,” said Percat.

“They race real hard. I’d say the three weeks we’ve had here I’ve been unloaded by one of them every single race and I never complain. It’s all good.

“It’s all part of the fun and I’ll go have a word to them and say, ‘Hey, maybe give me a bit more room on the exit next time and I won’t escort you off the road the next corner’.

“When you’re battling for eighth, it wasn’t the end of the world. Ended up finishing 10th.

“Not the right attitude, but that’s just a bit frustrating after all those laps, holding onto it in the wet and having a really good battle with Will before that. It’s all good though.”

Percat occupies seventh in the drivers’ championship ahead of Brown, while Kostecki holds 10th.