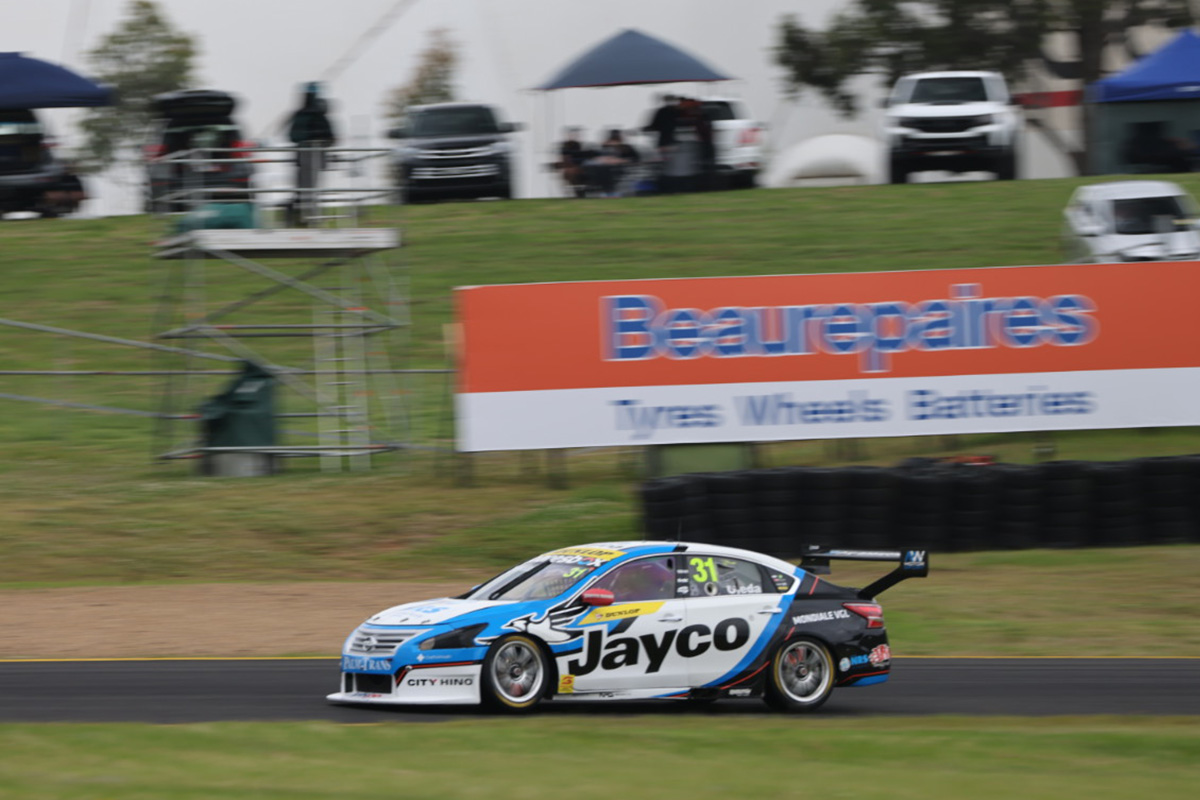 MW Motorsport’s Jayden Ojeda has taken pole position for Race 1 of Round 4 of the Dunlop Super2 Series by breaking the practice/qualifying record at Sydney Motorsport Park.

It will be Nissan Altimas first, second, and third on the grid this evening with Grove Racing debutant Matt Payne and MWM’s practice fast man Declan Fraser also among those under the old circuit benchmark for Super2.

The gloom continued over Eastern Creek with the session officially declared wet prior to getting underway, although rain never came in either of the Super3 or Super2 parts of the session.

Image Racing’s Jordan Boys was first to set a new benchmark when the rest rolled out again, driving the #49 VF Commodore to a 1:30.7967s.

Payne went for a second proper run and wheeled the #10 Nissan Altima to a 1:30.2002s, setting himself up for a first-up pole position.

However, several drivers in both Super2 and the Repco Supercars Championship had found their second push laps quicker than their first, and so it was that Ojeda opted for two warm up laps.

With the chequered flag out, last year’s leading rookie set the fastest second and third sectors on his way to a 1:29.9700s, bagging a second pole of his Super2 career.

Behind Ojeda, Payne, Fraser, and Feeney on the grid will be Tyler Everingham in the #27 MWM Nissan Altima, then Boys.