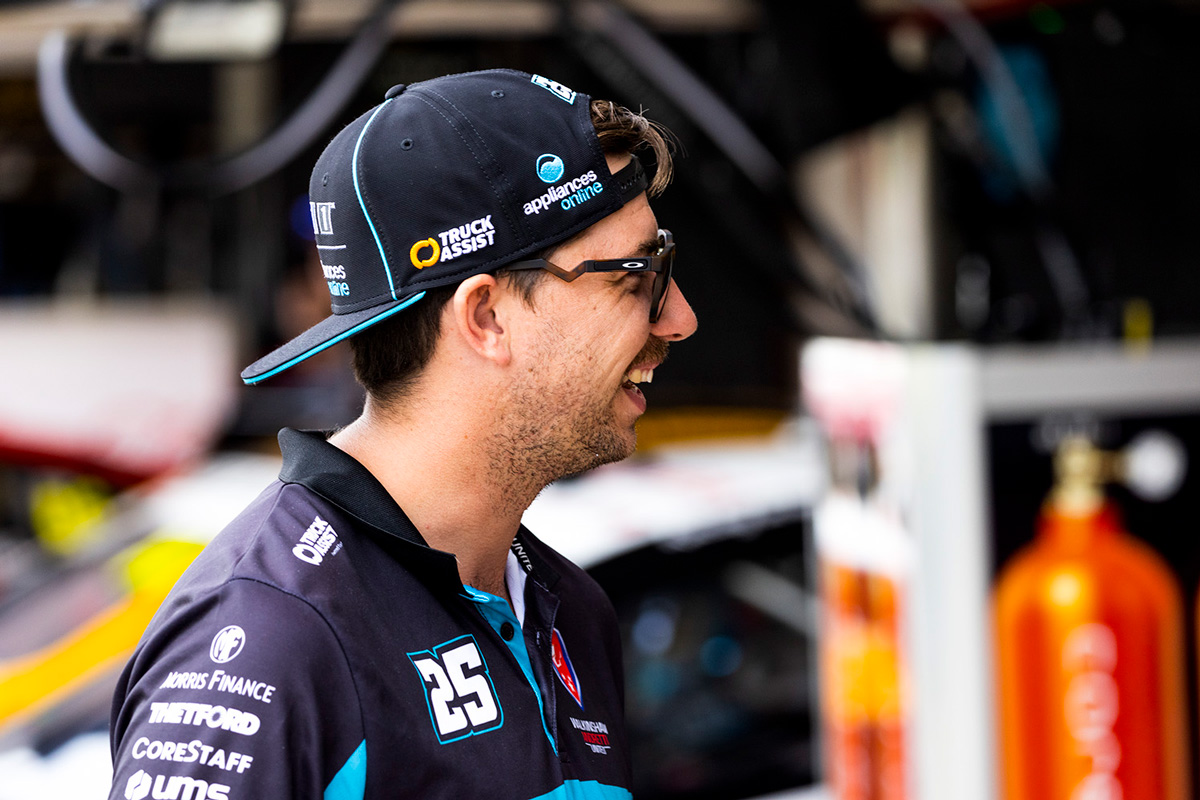 He was the star of a recent wet weather race at Sydney Motorsport Park but Chaz Mostert is praying for sunshine at this weekend’s Beaurepaires Sydney SuperNight.

Mostert was rapid as heavy rain fell during Race 25 of the Repco Supercars Championship, delivering a spectacular last-to-third drive in an abbreviated race.

But while similar conditions, which are anticipated this weekend, are his best bet of trumping in-form trio Shell V-Power Racing Team, Red Bull Ampol Racing and Erebus Motorsport, Mostert remains laser-focused on the long-term approach.

“Not really,” he responded when asked if rain would be to his and Walkinshaw Andretti United’s benefit, “unless it’s going to monsoon next year and be rain all year, then that would be good.

“But for us, we obviously keep trying to chase the pace in the dry and keep working on that, so for me, I would prefer a dry race track this weekend, but we’ll leave it up to someone else.

“Obviously someone else out there already now after the session has got an idea to make it a little bit moist.”

The 2014 Bathurst 1000 winner spoke of experimenting plenty across the SMP quadruple-header, and making the most of a productive test on Tuesday, as they home in on a desired direction.

“Look, I think we have found a little bit of direction for a car around here,” he said.

“It has definitely been, I’d say, pretty weak the first couple of weeks, but if we can get the car a bit faster here and understand the things we were missing, then it would just give us a better understanding of the things we need to chase at other places.”

“I haven’t really been too vocal on it but our wet tyres are like a hard tyre but grooved,” he said.

“Other categories I have raced around the world generally have a softer wet than what they do with a slick.

“So maybe if we had a softer wet, we would be able to maybe keep driving in those conditions and keep racing, but at that point where we had to stop the race, it was because people were aquaplaning everywhere and big crashes were going to happen.

“So maybe something to look into that for the future.”

The Supercars Championship field will first be on-track today at 11:50 local time/AEDT for Practice 2.