Mercedes in control ahead of qualifying

Mercedes in control ahead of qualifying 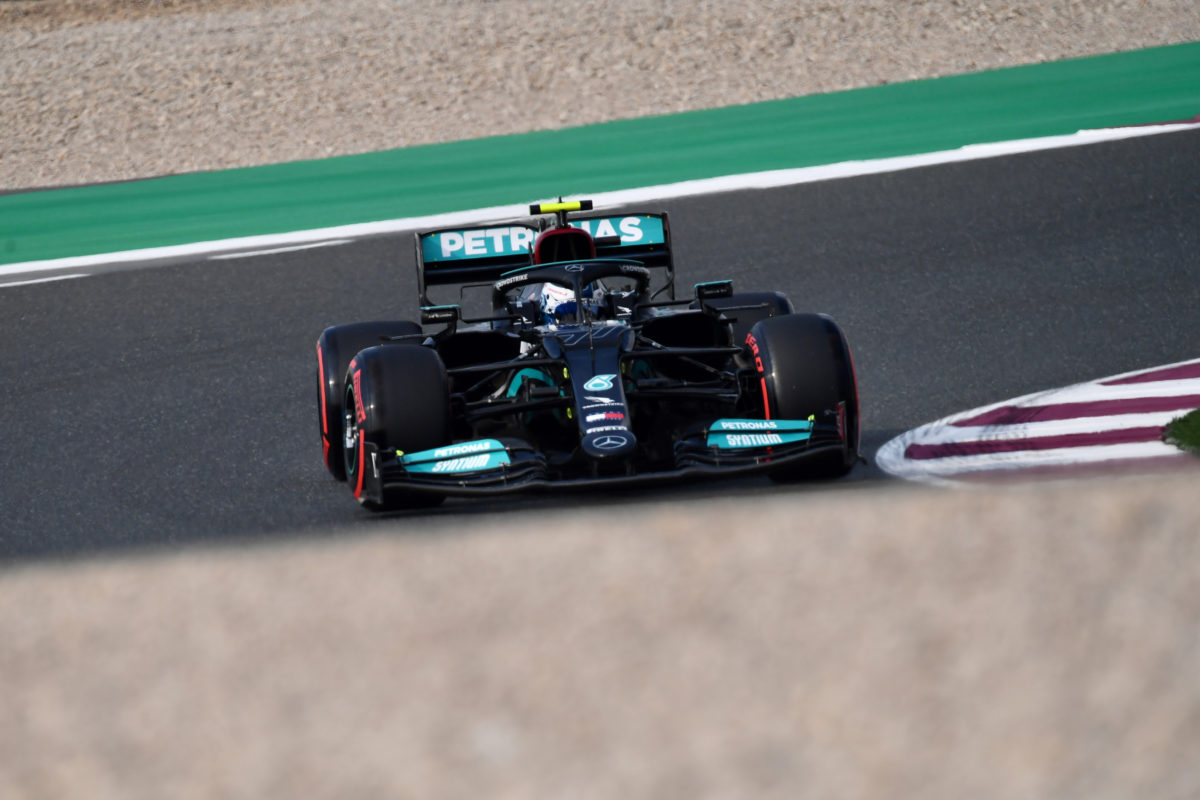 Max Verstappen was third best, 0.5s down on those ahead as he completed just 10 laps and spent long stretches in the garage.

Haas broke the early session silence, Mick Schumacher the first out before Nikita Mazepin following aboard a brand-new chassis.

The Russian’s progress was halted immediately, told to stop while still in pit exit to draw the red flag with three minutes run in the session, a problem spotted with his car.

The red flag was brief, Mazepin’s car quickly pulled back into the pit lane and the green flag shown two minutes later.

During the stoppage, Red Bull was busy working on the rear wings of both its cars, a situation that would prove a mainstay of the session.

Esteban Ocon and Lando Norris headed out soon after the restart though it was otherwise a quiet opening to proceedings.

Things got slightly busier after 15 minutes, but still only half the field had headed out before the 20 minute marker opened the floodgates.

Among them was Bottas, the Mercedes driver logging a 1:24.019s on his first timed lap to immediately go fastest.

Hamilton then went half a tenth faster to pip his team-mate, both using the soft compound tyres.

Fernando Alonso shot to the top with a 1:23.904s to inch out Hamilton’s best, the Spaniard using a set of the medium compound tyres.

A mistake at the penultimate corner saw Sergio Perez run wide, ultimately recording a 1:24.594s before he headed back in to switch his front wing.

An improved lap from Bottas saw the Finn record a 1:23.387s, having remained on track following his earlier lap.

Hamilton soon went 0.2s quicker than his Mercedes counterpart while Verstappen wound up for his first timed lap of the session.

The Dutchman was fastest to the first split, while ahead of him on the track Perez completed another lap to rise to third best.

Verstappen lost time in the middle part of the lap, but finished it off strongly to log a 1:23.121s, the fastest time of the session to leave the margin between the two title protagonists at just 0.031s.

By contrast, McLaren saw its pair languishing down in 17th and 18th, Daniel Ricciardo ahead of Lando Norris.

Back at Red Bull, there was again attention being given to Verstappen’s rear wing, which had been seen fluttering with DRS open.

Ricciardo recorded a more representative lap with 14 minutes remaining, though his 1:23.711s was good enough for only ninth.

A mistake for Leclerc saw him find the gravel at Turn 3, the Ferrari driver losing the rear under power exiting Turn 2, but was able to extricate the car and carry on.

Behind them, Perez was third best from Verstappen, then Sainz, Gasly, and Leclerc.

As the session wound down, Verstappen headed back out on track, his rear wing situation having reportedly been improved, but dropped 0.3s in the first sector to his Mercedes rivals alone.

When the chequered flag fell, Bottas was fastest from Hamilton, Verstappen third and 0.341s down on the session’s best.

Gasly again impressed as he rose to fourth ahead of Perez, the Mexican followed by Sainz, Alonso, Ocon, Leclerc, and Yuki Tsunoda rounding out the top 10.

Ricciardo was 11th best, while Norris in the second McLaren was only 13th.

With practice now complete, attentions turn to qualifying, which commences at 01:00 AEDT on Sunday morning.