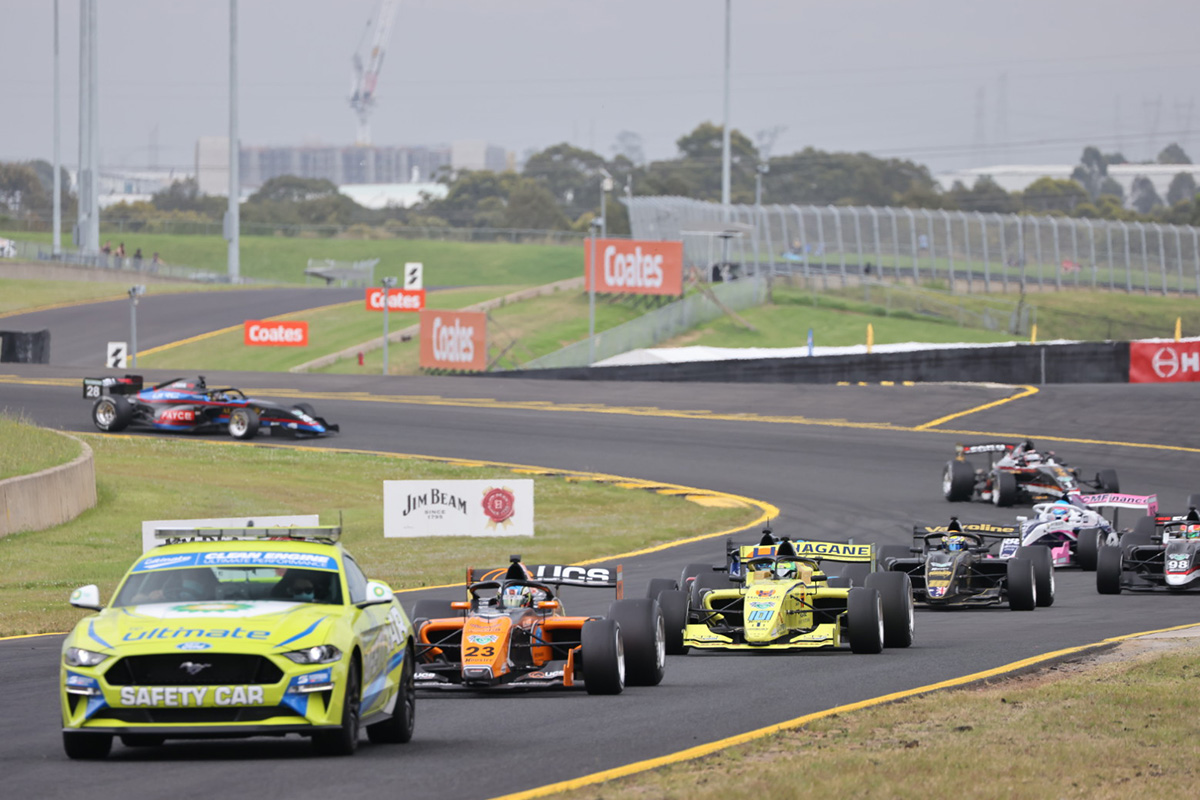 Macrow crucially managed to hold off fellow front-row starter Luis Leeds as the pair went side-by-side through Turn 1 and into the Turn 2 hairpin.

There was immediate trouble for Garry Rogers Motorsport’s Nathan Herne, who made a stodgy getaway from fourth and plummeted towards the back.

It would soon get worse for the 19-year-old, who appeared to suffer a right-rear failure going through Turn 1, his car careering through the gravel trap before making light contact with the tyre barriers.

That was the second suspension drama in a short space of time, Blake Purdie having had a left-rear issue on the run out of Turn 7 and limping back to the pits. 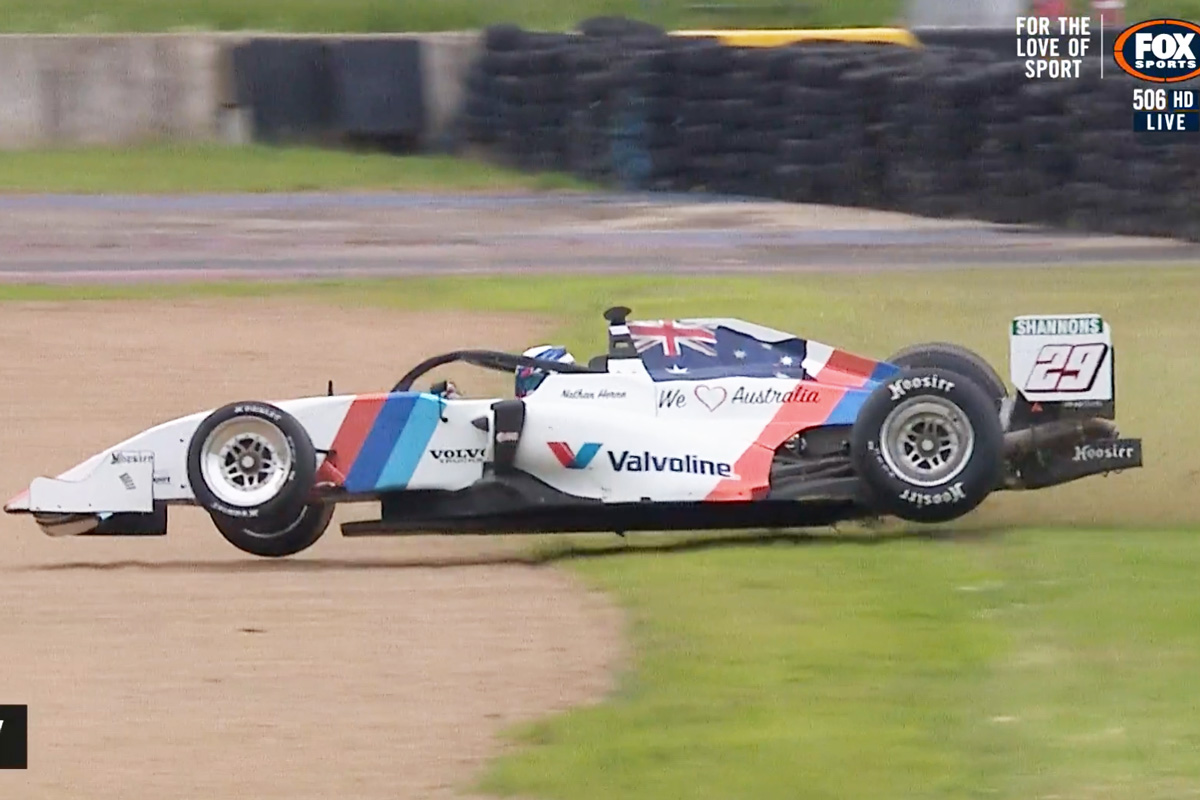 After a number of laps behind the Safety Car, racing recommenced on Lap 6 with Leeds all over the back of Macrow.

But just one corner into the restart, there was another Turn 1 problem, this time being 2021 S5000 Australian Drivers’ Championship winner Joey Mawson.

Only this time, it was not a mechanical failure.

“Joey hasn’t said much but it’s just a driver error, cold tyres, trying to make up for the engine problem yesterday so it’s pretty tough to swallow but he’s tough and he’ll come back,” Team BRM boss Mark Rundle said on the broadcast. 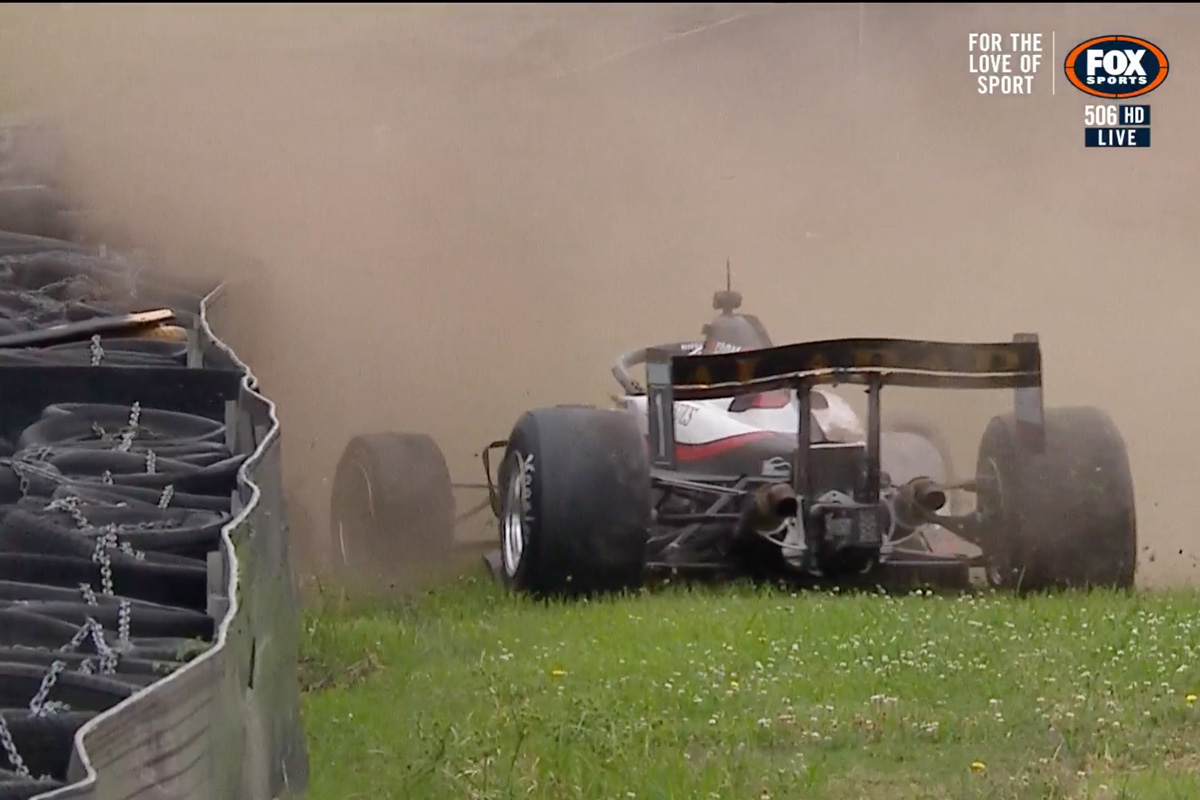 That would trigger another Safety Car intervention, and the race would ultimately finish under yellow flags after nine laps.

Macrow led the field across the line from Leeds, James Golding, Aaron Cameron and Roberto Merhi.