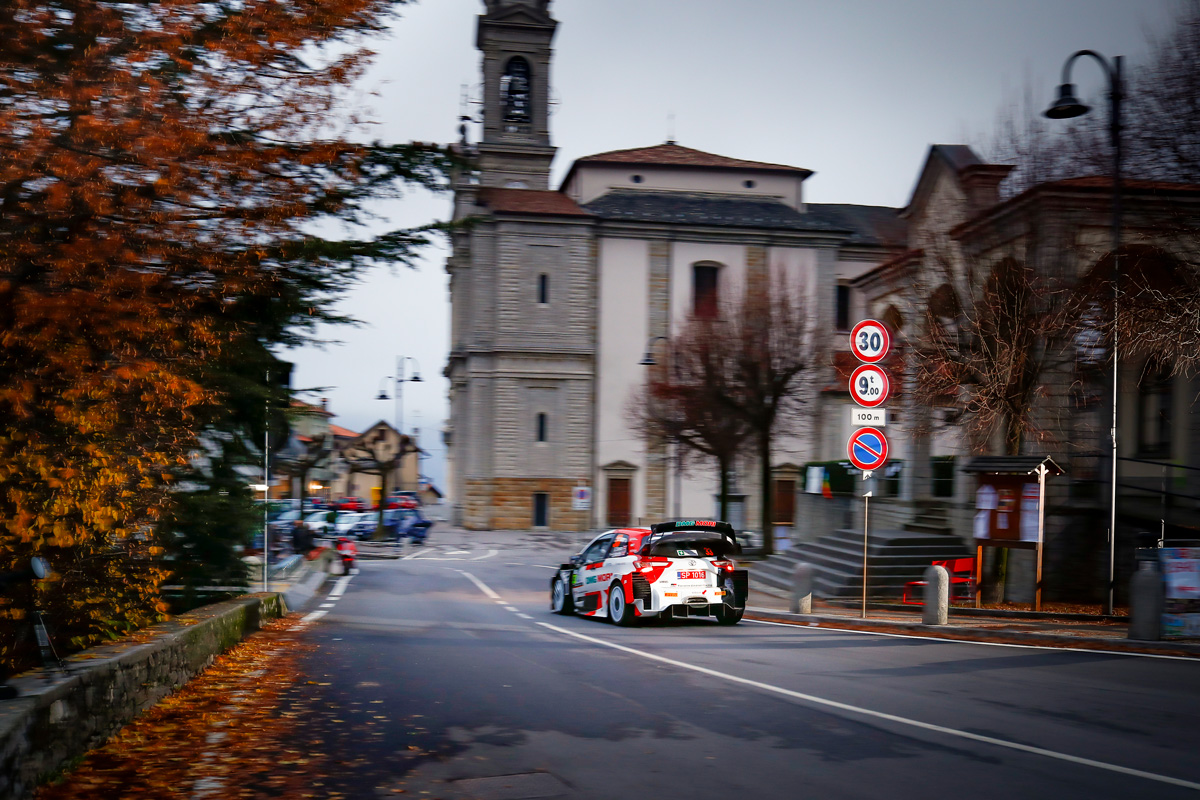 Elfyn Evans has made a good start to his hopes of upstaging legendary team-mate Sebastien Ogier in the 2021 World Rally Championship finale.

The Welshman leads the field after the opening day at Rally Monza, although Ogier is lurking just 1.4s behind.

The Toyota duo are one-two in the overall stage times behind the Hyundai trio of Thierry Neuville, Dani Sordo and Oliver Solberg, with no other drivers within a minute of Evans.

Ogier entered Rally Monza with a 17-point advantage, with no more than 30 points still up for grabs.

As it stands, Evans would only peg back seven points if the current order is maintained by rally end, with a maximum of five points also to be awarded in the power stage.

“It’s good to be leading but the gap to Seb is virtually nothing; he was a bit stronger than us in the mountains so we need to look at this and try to improve for tomorrow morning,” said Evans.

As for Ogier’s perspective: “I’m happy with where I am right now and we just need to try and do the same tomorrow.”

All in all, Toyota team principal Jari-Matti Latvala was satisfied with their day’s work.

“I am very, very pleased with how it went today,” said Latvala.

“We want Seb and Elfyn to have a fair fight for the drivers’ championship, and Kalle [Rovanpera] is there to support the team in case something happens and we need him to secure the manufacturers’ points.

“It’s brilliant to see this fight at the front and the performance is very good even though the conditions are not easy.

“Seb was faster in the mountain stages this morning, and then Elfyn was stronger at the track this afternoon.

“It looks like we can have a very exciting battle until the end of the rally.”

No other driver is in contention for the drivers’ title.