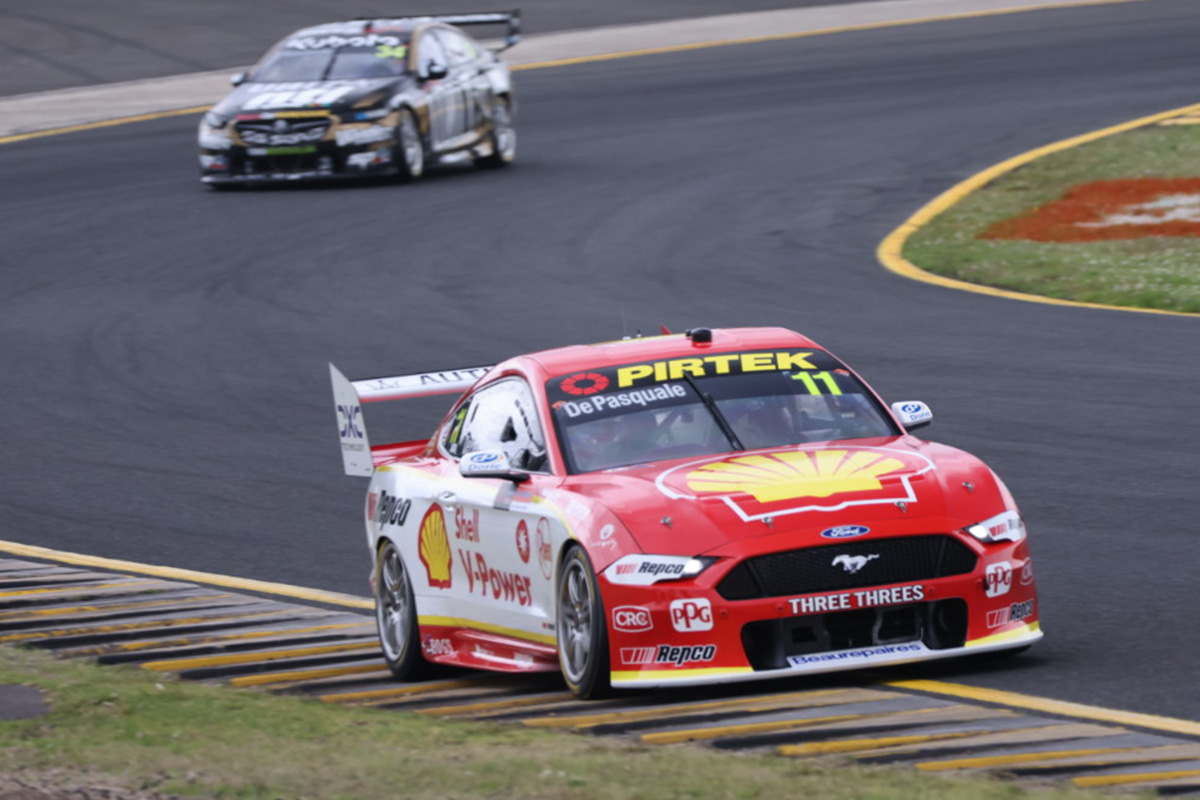 De Pasquale went just over a tenth of a second faster than he had done in setting the pace in Practice 1 on the night prior, by driving the #11 Shell V-Power Racing Team Mustang to a 1:29.8516s.

Erebus Motorsport’s Brown finished 0.1020s off the pace in the #9 Shaw And Partners ZB Commodore, with championship leader Shane van Gisbergen rebounding from a “woeful” previous session to put his Red Bull Ampol Racing entry third on the timesheet.

The session began under grey skies at Sydney Motorsport Park but, without rain having yet fallen, everyone rolled out on hard slicks, per this weekend’s supplementary regulations.

That was the best anyone had done in the session until De Pasquale reclaimed the ascendancy in the 21st minute with a 1:30.0255s on his third run.

De Pasquale still had more speed in the final minute before the chequered flag, laying down the 1:29.8516s despite failing to improve in the third sector.

That could well have been explained by the fact that the rain had just started to fall in a meaningful way, which may have cost a few drivers a better lap time.

There was also a wild moment for Matt Stone Racing’s Jake Kostecki (#34 Unit ZB Commodore) when he slid off at Moffat Corner (Turn 1) right at the end.