De Pasquale on provisional pole at SMP by half a second

De Pasquale on provisional pole at SMP by half a second 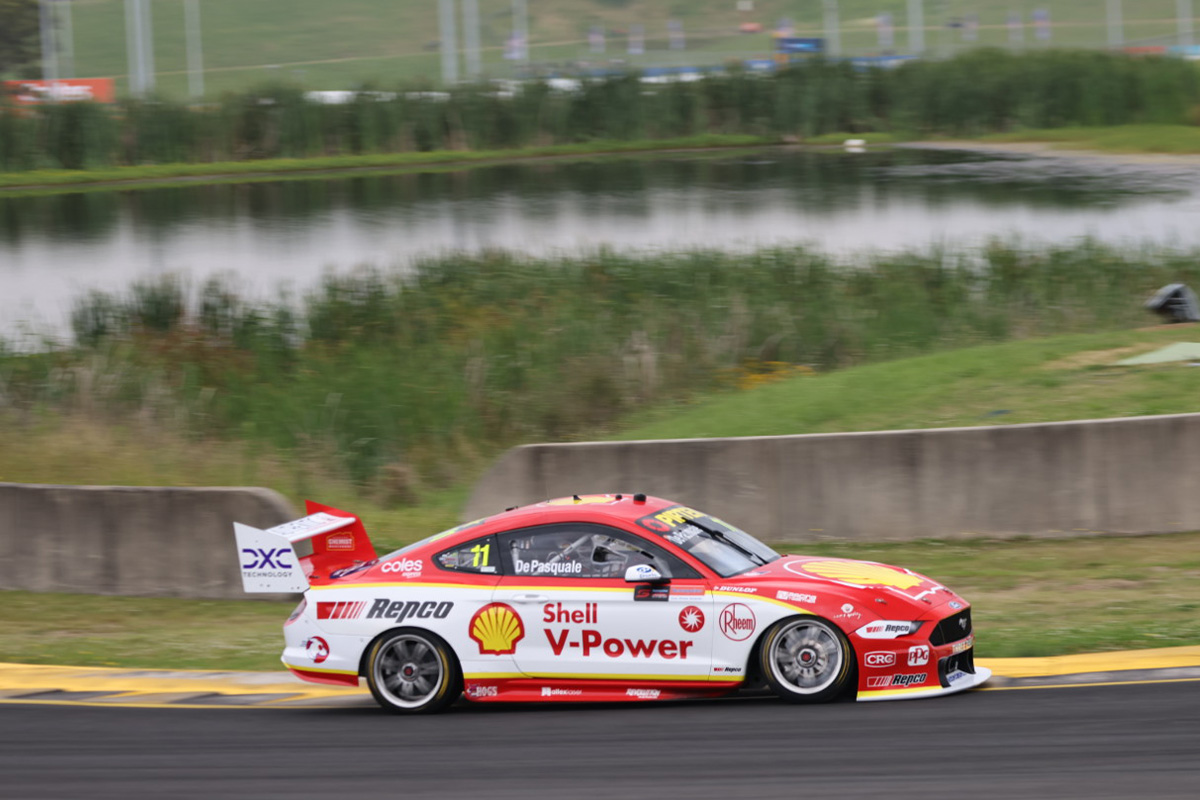 Anton De Pasquale has qualified on provisional pole position for Race 29 of the Repco Supercars Championship at Sydney Motorsport Park by more than half a second.

The Shell V-Power Racing Team driver clocked a 1:29.2430s and would, as it stands, be joined on the front row by Red Bull Ampol Racing’s championship leader Shane van Gisbergen, with the latter’s team-mate Jamie Whincup third in Qualifying for Race 29.

Will Davison was fourth-quickest in the other Shell V-Power Mustang but faces an investigation for alleged impeding of Tickford Racing’s Cameron Waters, who was last into this afternoon’s Top 10 Shootout at the Beaurepaires Sydney SuperNight.

Notables to miss the top 10 were Walkinshaw Andretti United’s Chaz Mostert in 12th and Erebus Motorsport’s last-start race winner Will Brown in 16th.

While rain fell as Practice 2 ended this morning, the track was dry again for the 15-minute hit-out which decided positions 11 to 24 on the grid for tonight’s 64-lapper.

Most rolled out on new hard slicks, the predominant compound this weekend, although Erebus’s Brodie Kostecki (#99 Boost Mobile ZB Commodore) roaded wets on his first run.

When the rest went out for their last efforts, Davison improved to second-quickest on a 1:29.8103s before team-mate De Pasquale tightened his grip on provisional pole with a 1:29.2430s.

That left a top five of De Pasquale, van Gisbergen, Whincup, Davison, and Brodie Kostecki, while Brad Jones Racing’s Nick Percat (#8 R&J Batteries ZB Commodore) lifted himself from 16th to sixth on a 1:30.0827s, well after the chequered flag.

De Pasquale was fastest in Practice 1 and Practice 2 but did not expect to prevail by such a large, 0.5011s margin in Qualifying for Race 29.

“We’ve done sort of high-29s and the track is pretty similar, so it just hooked up pretty good on that last set.

“Tyre grip is up, you just feed it a bit more gas and it rolls a bit of speed and the time comes.”

As for the weather which might arrive for the shootout, he added, “It looks like it could rain so that’s a bit of a lottery if it does.

“But oh well, we’re in the top 10, we’re going to put on a good show either way and try to do a good lap in the shootout depending on the weather, and have a good race.”