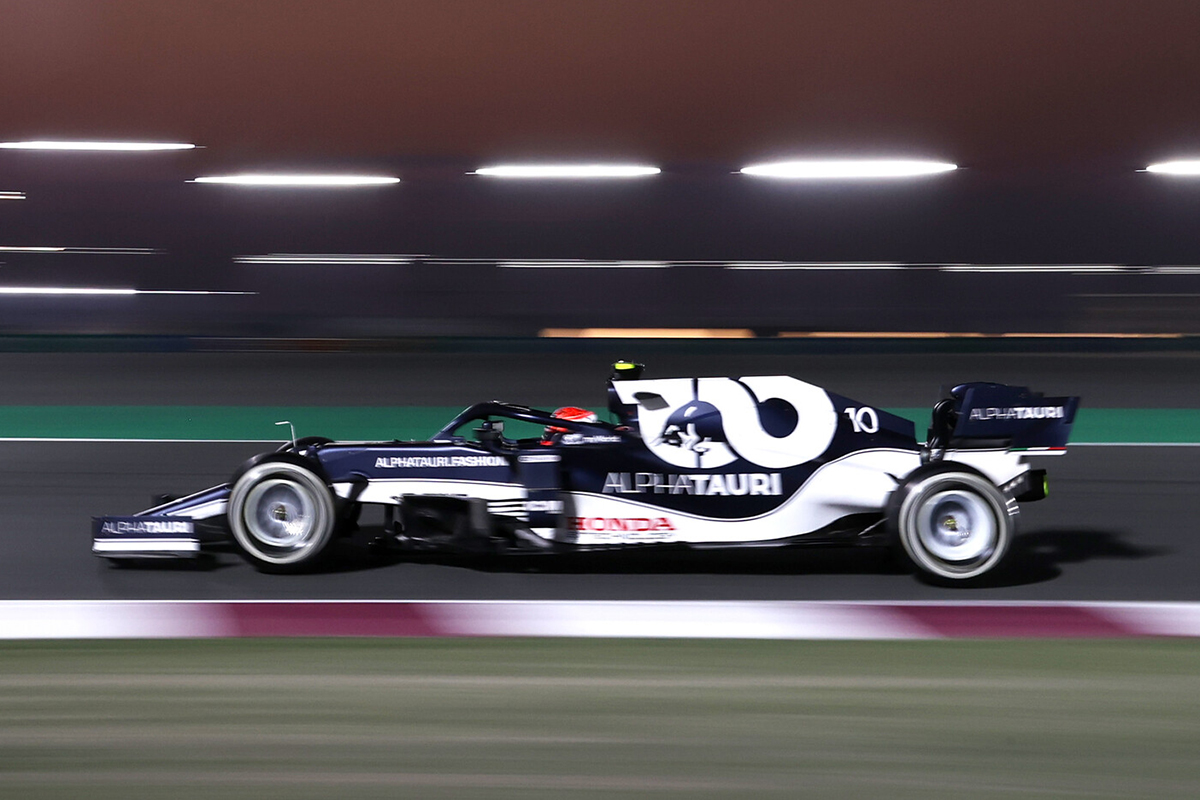 AlphaTauri showed it could be a dark horse during this weekends Formula 1 Qatar Grand Prix with an impressive showing from both drivers on Friday.

Pierre Gasly ended both sessions second fastest, while team-mate Yuki Tsunoda was a strong fifth in Practice 1, a promising seventh in Practice 2.

“It’s been a very good Friday, the best of the season so far I’d say,” said Gasly.

“Inside of the car it doesn’t feel that easy, but the lap times are looking really good.

“I think in terms of balance we can do even better for tomorrow, so we’ll try and work on that tonight.

“Our target is of course to be as far up the grid as possible but we’re obviously realistic, we’re looking very competitive at the moment, so we’ll hope to be up there with McLaren and Ferrari again in Quali.”

The performance comes at a good time for the Italian-based squad, which is equal on points with Alpine for fifth in the constructors’ championship – though the French operation is ahead because of Esteban Ocon’s Hungarian GP win.

Team boss Franz Tost has identified fifth as the target, an achievement the operation has never managed in its history.

“You need everything, every single point and I hope that Yuki will score points in the next races,” he noted.

“I’m quite confident,” he added.

“We have a good car, we have two fantastic drivers, we have a team which is working very good so we should achieve this goal.”

Tsunoda has shown improved form of late too, and was immediately on the pace in Losail.

“It was good out there today, with the car looking quite strong so far,” the rookie said.

“We tried some different set-ups to gather important data for Quali and the race, which is really important, as we’re at a new circuit.

“The car performed well on the mediums but I struggled a bit more on the soft tyre, so we have some work to do tonight to try and improve in this area.

“Overall, I think it’s been a good day, we’ve just got to put it all together when it counts.

“Overtaking looks like it’ll be quite difficult here, so it’s going to be important to get a good starting position for the race, then we can be in a good place to score points on Sunday.”

“Coming to a new track always means there is a lot to cover on a Friday,” said Jonathan Eddolls, AlphaTauri’s chief race engineer.

“So, we had a busy run plan across both cars, with the main aim being to understand the circuit and therefore the set-up requirements, tyres and aero configuration.

“The process is made harder with FP1 happening during the hottest part of the day and FP2 during the early evening, with around 15°C difference in track temperatures across the sessions.

“Having said that, we were able to cover our run plans and all test items, so far we’re looking competitive, particularly over the short runs, which were very good for both drivers.

“The longer runs were a bit more of a challenge for the tyres, so for sure there is some work to do for tomorrow, but we have captured a lot of good data for analysis tonight and we have a great team of engineers who will work relentlessly to extract the maximum performance.

“I am confident that we can still improve the car overnight and show a good performance in Qualifying tomorrow.”

A final practice session remains, beginning at 22:00 AEDT this evening, prior to qualifying at 01:00 AEDT on Sunday morning.