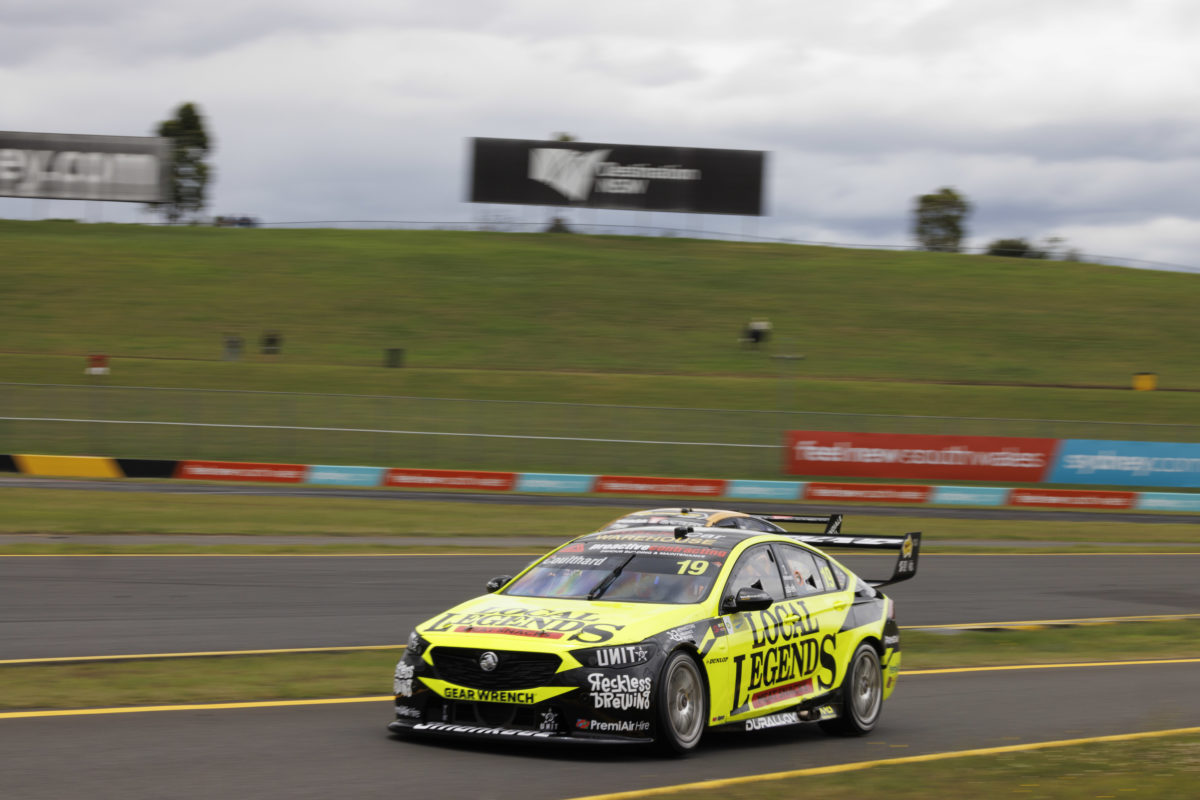 Fabian Coulthard in one of the Team Sydney cars

Jonathon Webb has dismissed talk that Team Sydney is up for sale.

A report emerged this morning suggesting that the squad which formerly competed as Tekno Autosports is on the market, in just its second year as Team Sydney.

Speedcafe.com intercepted Webb in the paddock at Sydney Motorsport Park ahead of the start of this weekend’s Beaurepaires Sydney SuperNight and put that report to him.

“Yeah, I saw that. Someone else told me all about it,” he responded.

“That’s the first I’ve heard of it, so as long as Motorsport are on it, then we’re good.”

There have been rumours bubbling away in the paddock for some time that Team Sydney might change hands or sell/hand back Racing Entitlements Contracts.

Asked if he had any plans to sell the squad, Webb replied, “Nope.”

He also said that running two cars next year is a “100 percent” proposition.

Team Sydney has had a difficult beginning as it morphed out of the Gold Coast-based Tekno Autosports, with construction on the new facility it is slated to move into at Sydney Motorsport Park yet to begin due to pandemic-related delays.

It has also rarely spent time in its interim workshop in the circuit’s infield due to COVID-19 outbreaks in Sydney both last year and this year, which have seen it operate largely from Tekno’s since-leased Yatala facility.

There was also early turnover in its driver line-up, with big-name signing James Courtney leaving after just one race event in 2020 amid suggestions from the 2010 Supercars champion of payment issues.

Alex Davison was installed in Car #19 for the rest of the season, alongside Chris Pither in Car #22, before a double change in its full-time roster for 2021 as Fabian Coulthard arrived from DJR Team Penske and Garry Jacobson from Matt Stone Racing.

Team Sydney did land highly-rated engineer Geoff Slater for the current Repco Supercars Championship season, representing a return to the squad after he won the Bathurst 1000 in the Tekno era in 2016.

It has seemingly made some gains in performance in the first three events back, all at Sydney Motorsport Park, after its cars were given a birthday at Triple Eight Race Engineering during the break in racing.

Tekno’s road car business continues to operate from the Gold Coast, in a new location.