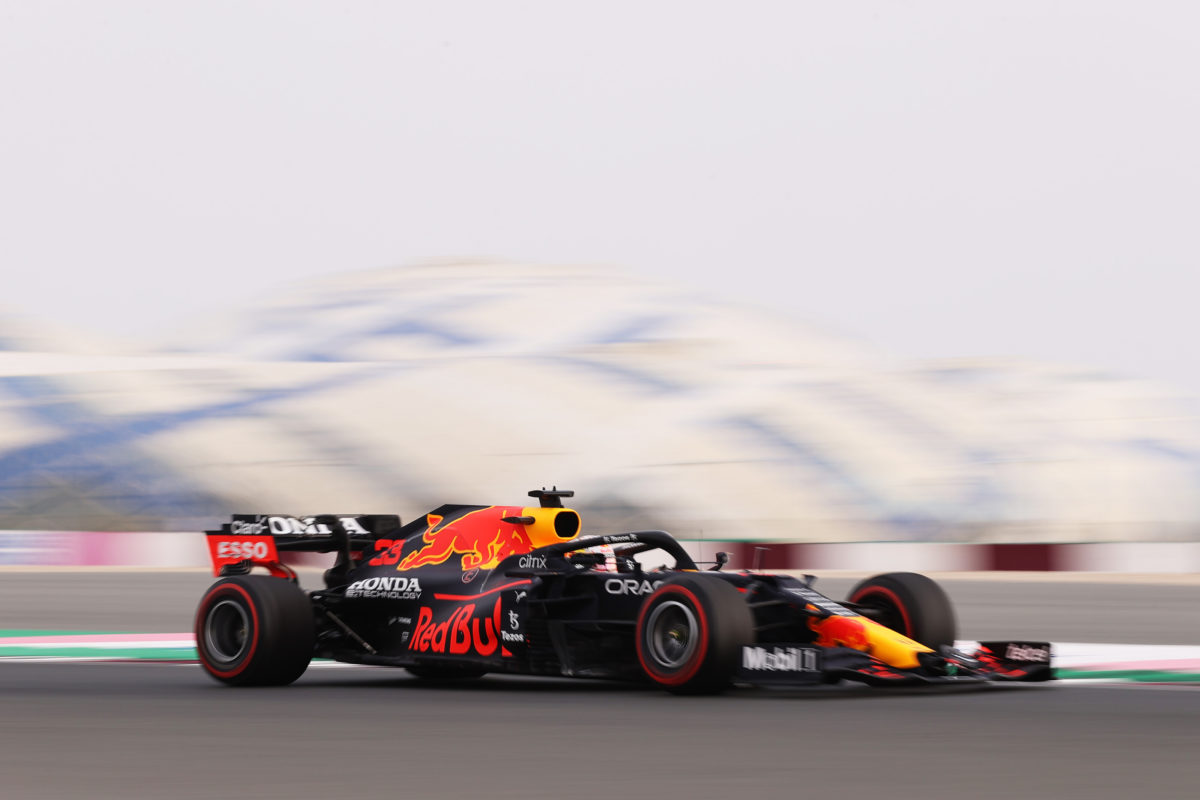 Max Verstappen has topped the first ever Formula 1 practice session on the Losail circuit ahead of this weekend’s Qatar Grand Prix.

The Red Bull driver was a comfortable 0.4s clear of a surprise Pierre Gasly, with Lewis Hamilton only fourth fastest and 0.7s down on the outright pace.

It was a busy start to the session as most every driver headed out to gather data on the brand-new circuit.

“This is fun,” was the initial report from Daniel Ricciardo, who topped the timesheets after four minutes.

Just after nine minutes into proceedings, Hamilton reported he was “massively down on power”, the Brit only 14th fastest at the time.

A mixture of the three available tyre compounds were in use, Pirelli having brought the hardest end of its range to Losail.

Verstappen was promptly fastest, progressively edging the best time down to 1:24.998s after 18 minutes on the hardest of those options.

The Dutchman was out on a longer run, while Norris was 0.2s down on the softs.

Track conditions continued to improve, and soon after the championship leader lowered the running to 1:24.855s.

Of note was the way cars rode the kerbs, some of which seemed especially harsh on the underside as they straddled the bumps over the back of the red and white painted sections.

At the penultimate corner, Norris was seen to shed what appeared to be bodywork as he clattered over the exit kerbing.

Midway through the session, Hamilton emerged on a fresh set of soft tyres, having spent some time in the lane with attention given to his front wing.

Team-mate Valtteri Bottas was also out on track, with a set of the red-walled Pirellis.

At Aston Martin, an hydraulic issue for Lance Stroll saw him limp back to the pit lane, stopping short of his garage from where his mechanics pushed him in.

Hamilton slotted in second best with a 1:24.509s, which promptly became third when Verstappen logged a 1:23.723s on a set of soft tyres.

An off-track moment for Norris at Turn 15, bottoming the car on the kerbing, appeared to leave the McLaren driver with a gearbox issue.

He was able to roll the car back into the lane, where he was duly pushed into the garage.

It was subsequently confirmed to be an emergency switch in the car, along with bodywork damage that could be repaired to send Norris back out in the final minutes of the session.

Hamilton aborted a quick lap when he suffered a snap of oversteer at the final corner, having set the fastest middle sector of anyone to that point in the session.

The Brit was then told to return to box after a ‘car issue’ was detected on the pit wall.

Attentions in the garage were focused on the left side of the front wing, not for the first time in the session.

With five minutes remaining, Pierre Gasly shot to second fastest for AlphaTauri, a 1:24.160s to bump Bottas by 0.034s.

Hamilton headed back out with three minutes left in proceedings, his car repaired.

A yellow flag quickly followed as debris was spotted on the circuit, while Mick Schumacher had an off at Turn 7, filling his radiators with gravel.

The German locked the front wheels and skated long, though did well to jettison most of the debris off the racing surface.

Verstappen ended the session fastest from Gasly, then the Mercedes pairing of Bottas and Hamilton.

Tsunoda remained a strong fifth from the Ferrari duo of Carlos Sainz, who had a number of track limits incidents, from Charles Leclerc and Sergio Perez.

Having topped the session early, Norris was 10th, one place up on Ricciardo, while Esteban Ocon was ninth for Alpine.

Lance Stroll completed the least laps, just 11 for the Aston Martin driver, while Alonso spent a long period in the garage with his car on stands.