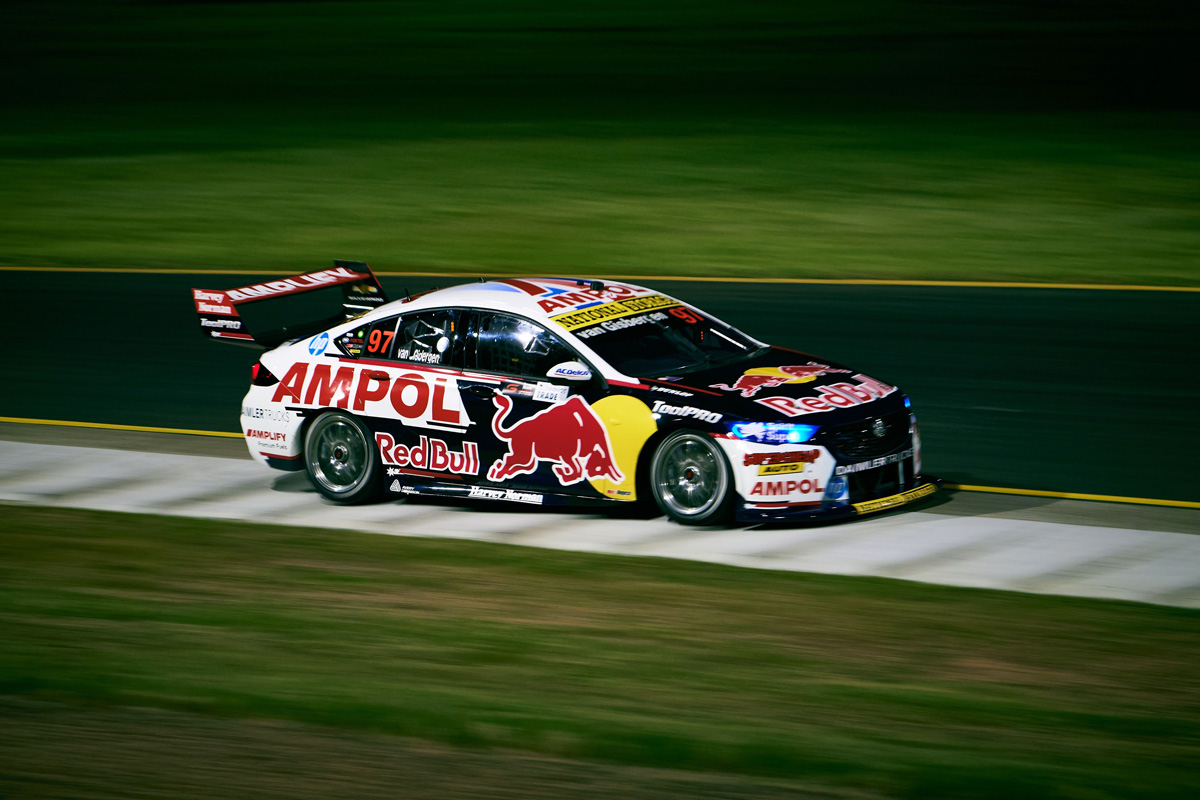 Van Gisbergen ended Practice 1 at the Beaurepaires Sydney SuperNight down in 19th, some 1.3236s off the pace set by Anton De Pasquale of the Shell V-Power Racing Team.

While his Red Bull Ampol Racing team-mate Jamie Whincup finished a solid sixth, van Gisbergen was far from content with his night’s work.

“Tonight’s practice session was woeful for me,” said van Gisbergen, whose co-driver Garth Tander had finished Additional Drivers Practice in 22nd (albeit that result was perhaps more down to a decision not to run on soft compound tyres).

“The car didn’t have any pace, and I think we ended up way down the timesheets in P19, and it felt like that’s where we deserved to be.

“[Race engineer David] Cauchi and I will need to sit down and really go through all the data and get the #97 crew to make some big changes for tomorrow’s qualifying session.

“Garth jumped in the car earlier in the day and he was saying some similar things to me about the car, and we tried to make a few changes for my practice session but for some reason we’re still lacking in pace.”

It was a different tale for Whincup.

“The car felt pretty good out there tonight,” said the seven-time champion.

“I had green tyres on to start the session with, while everyone else out there had old tyres to start off with and I managed to climb up the timesheets.

“I think a few people ended up putting some green tyres on at the end and overtook me, but overall, my car is okay.

“It was quite hard driving-wise to get into it today though. We’ve been here since early morning for track walk, been sitting down smashing some admin all day, then boom, you’ve got to get in the car at night, put green tyres on and on the second lap you’ve got to be in qualifying mode.

“That’s what practice is for; to get your eye in and get yourself geared up for the weekend, so we did just that.”

Primary drivers will get a second half-hour practice session tomorrow morning from 11:50 local time/AEDT, before Qualifying for Race 29 gets underway at 13:40.