Ricciardo: Third for McLaren a stretch

Ricciardo: Third for McLaren a stretch 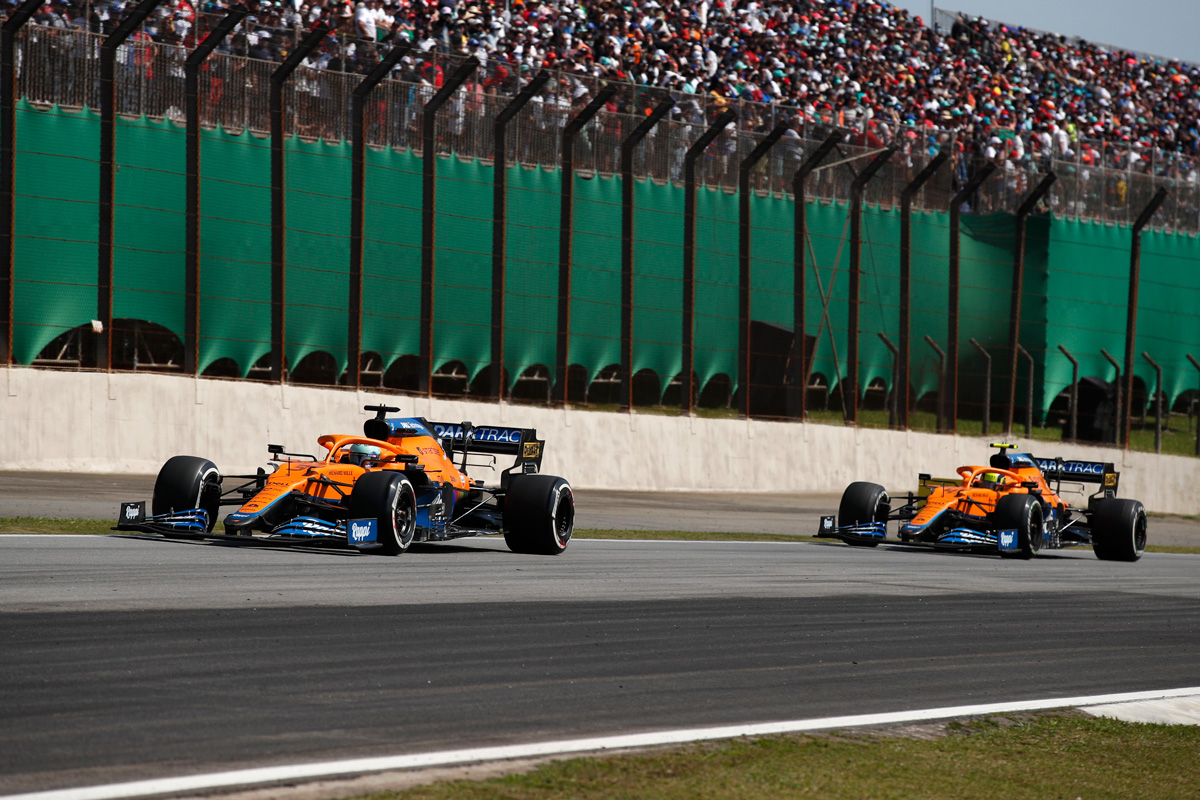 Daniel Ricciardo has conceded McLaren faces an uphill task if it is to wrestle third place in the Formula 1 constructors’ championship back from Ferrari.

The two squads have been locked in battle throughout the 2021 season, having swapped ownership of the ‘best of the rest’ moniker on four occasions.

Ferrari currently enjoys a 31.5-point advantage in that competition with just three races remaining – the biggest gap between the two teams all season.

It comes off a run of two grands prix where McLaren has scored a total of two points, while the Scuderia has added 37 to its tally.

“It’s definitely a bit more of a stretch now for sure, but it’s not over ‘til it’s over,” said Ricciardo.

“They’ve really capitalised the last couple of weekends when both of us [Ricciardo and team-mate Lando Norris] had first-lap incidents – the lead car had the first lap incident, which hurt a lot.

“Looking over the whole season, I think Ferrari’s been there from really Race 1.

“They had a few poles as well in that early part, so… we’re definitely not conceding yet, but I think we’ve done well to keep up the fight ‘til now.”

Data suggests that McLaren can match Ferrari, but throughout the season has experienced greater misfortune.

“Definitely, especially when you look at the second half of the season,” Seidl said when asked by Speedcafe.com whether he felt inconsistency was McLaren’s biggest stumbling block.

“If you’re up against the strong Ferrari team, obviously key in order to stay in the battle, of course that was the objective, to keep scoring continuous points with both cars.

“We did more, I think, in the first half of the season, and I think we simply managed to score the points that were on the table for us.

“If you look at the incidents, for example Daniel in Mexico, the first lap or [Brazil] the first lap, that is costing a lot of points.

“We had weekends where we didn’t maximise the package also in terms of performance, which cost a lot of points in tracks like Zandvoort or Turkey.

“In the end, that resulted in these bad weekends and that, in the end, put us on the back foot in the constructors’ championship.”