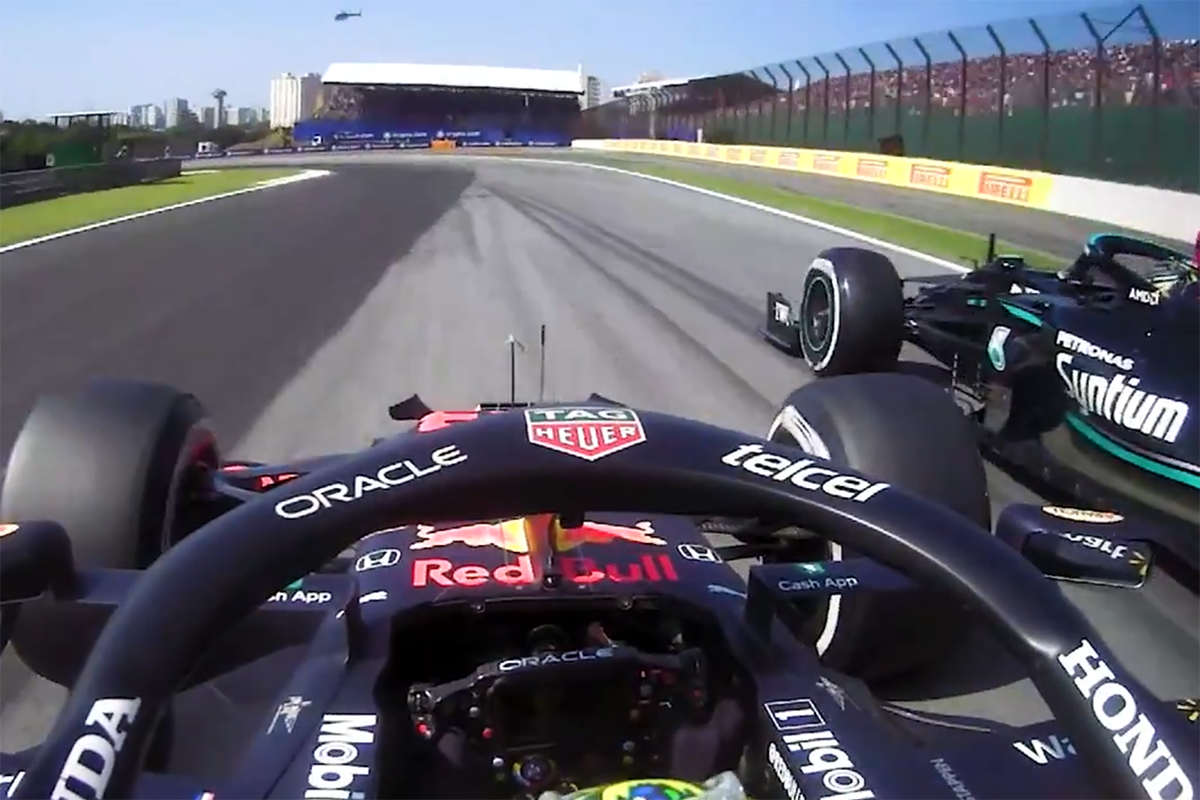 A decision on the review will be made on Friday. Picture: Formula 1.com

The call on whether stewards will allow a review of an incident between Max Verstappen and Lewis Hamilton at the Formula 1 Sao Paulo Grand Prix has been deferred.

Heading into this weekend’s Qatar Grand Prix, Mercedes exercised its right to request of a review of the Lap 48 incident which saw both title protagonists leave the road in Interlagos.

At the time, the incident was noted and not investigated, though in the days following the race footage from onboard Verstappen’s car has become available.

“It’s only the cameras that are broadcast is basically what we have access to,” he explained following last Sunday’s race.

“It [vision from Verstappen’s car] hasn’t been obtained yet. It’s been requested.”

However, a number of other angles are available post-race, once footage is retrieved from cars.

That has seen vision of Verstappen’s forward-facing onboard camera emerge, which is understood to be a significant piece of the new evidence Mercedes has submitted for its review.

A hearing took place in Qatar via video conference on Thursday afternoon regarding the matter, though the outcome of that has not been revealed.

“Potentially,” Masi responded when asked if vision of the Red Bull driver’s steering wheel could offer something of a smoking gun.

A decision on whether or not the incident will be reviewed is expected on Friday, local time.

“Following today’s hearing with representatives from Mercedes and Red Bull, the stewards are now considering the matter and will publish their decision tomorrow,” stewards noted in a statement on Thursday evening.