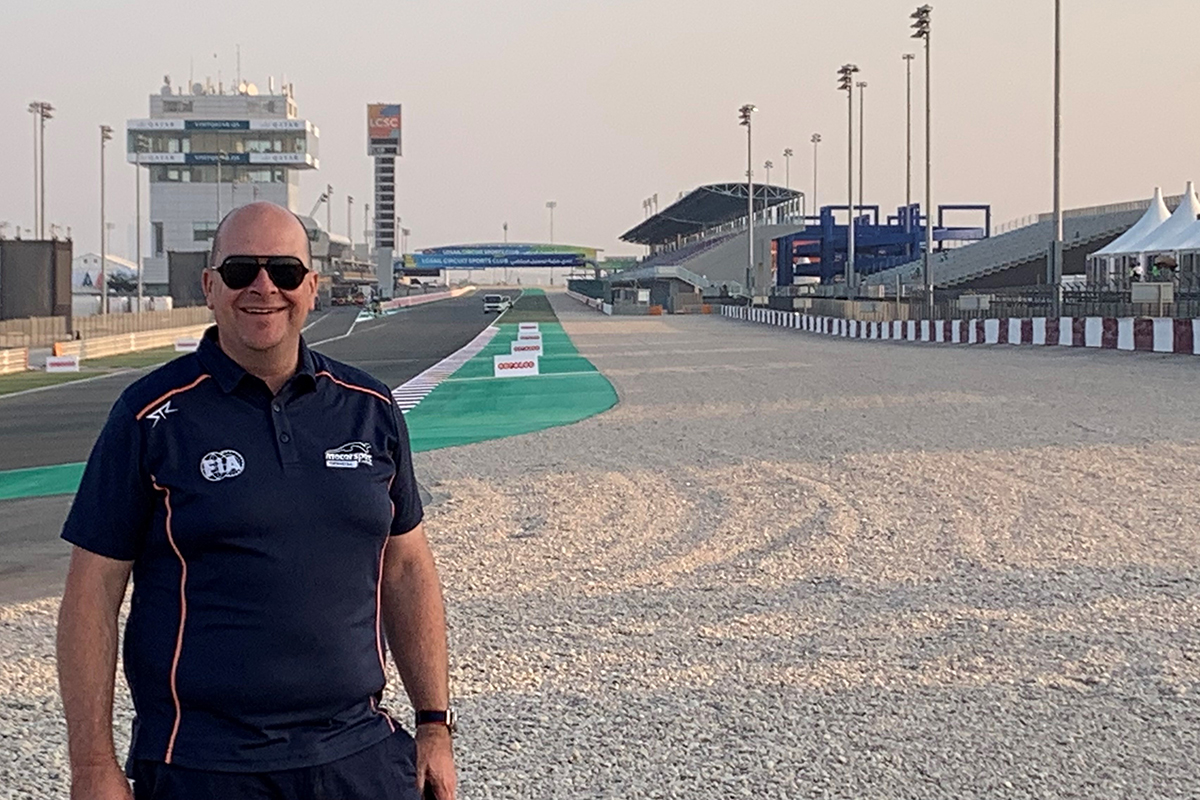 A contingent of senior Motorsport Australia officials and volunteers have been drafted in to help support this weekend’s Formula 1 Qatar Grand Prix.

The event was added to the F1 schedule in September, effectively as a direct replacement for the Australian Grand Prix.

While the Losail circuit has an established record in hosting top tier motorcycle racing, it has less experience when it comes to four wheels.

To overcome that, officials in Qatar reached out to their peers in Australia for assistance.

“It was a fairly quick turnaround in between the announcement that the event was going to happen, and even actually happening, it was just short of two months,” Michael Smith, Motorsport Australia’s director of motorsport and commercial operations, told Speedcafe.com from Qatar.

“The local organisers here, they’ve got a great facility in the circuit, and they also run a MotoGP race, but hadn’t really had experience in running a lot of four-wheeled motorsport – they had a World Touring Car Championship here a few years ago but certainly nothing like Formula 1.

“They contacted us to provide some support, so in the lead up to the event we provided some operation planning support, just in terms of setting the event up and circuit set-up and that sort of thing, but also some officials training.”

That’s seen a team of six Australians head to Qatar, Smith among them, to continue that support.

Last year, Motorsport Australia’s volunteers were acknowledged by the FIA as the ‘Best Team of Officials of the Season’.

For Smith, that speaks to the high regard in which Australian officials and volunteers are regarded globally.

“We’ve done that in a lot of other countries around the world, and when you think about it, we were having to essentially deliver what we would usually do in 12 months in about six weeks.

Australia has a strong presence in terms of senior officials in world motorsport, highlighted by FIA race director Michael Masi.

Garry Connelly is frequently called up to serve as an event steward (as he has been this weekend) and is also a member of the World Motor Sport Council.

They are underpinned by an army of volunteers, four of whom have been drafted in to lend support in Qatar this weekend.

“We really do punch above our weight in terms of motorsport officials that we produce,” Smith said.

“Just the quality [of the] motorsport product that we have in Australia, it’s got a really, really big reputation around the world.

“And I think that’s proven by us being involved in a lot of these events, but also people like Michael [Masi], Tim Schenken, and their standing in the FIA.

“We’ve got obviously myself and David Mori, who’s a very experienced official, but also member of staff, but then we’ve got four officials, four of our senior officials from the Australian Grand Prix,” he added of the Motorsport Australia team in Qatar.

“They’ve got a wealth of knowledge, but from their point of view, what a reward – they volunteer a lot of weekends to go and officiate motorsport events in Australia, and to be able to give them an opportunity like this is fantastic.”