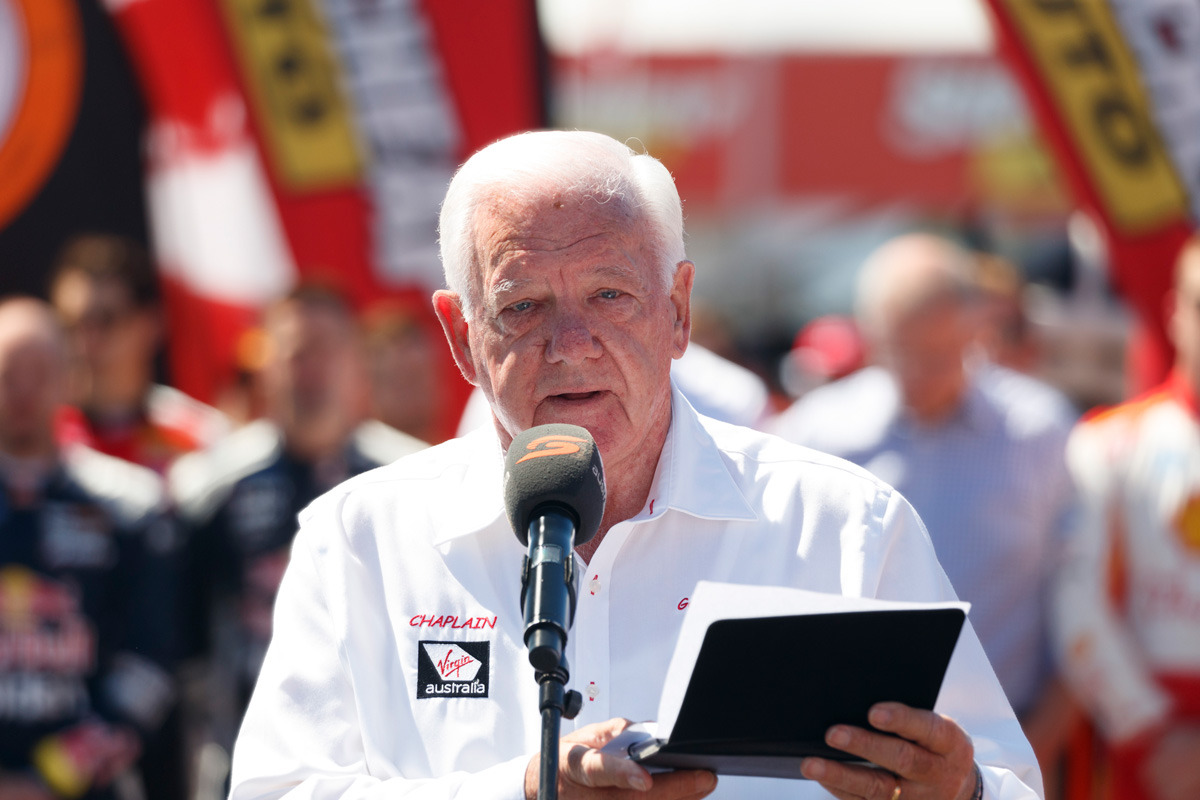 Speedcafe.com and Lloyds Auctions will pay tribute to retiring Supercars chaplain Garry Coleman with a massive online fundraising Super Auction over the next month.

Coleman was the founder of Motor Racing Ministries and will continue as chaplain at Sydney Motorsport Park and the Sydney Speedway, and as the charity’s national coordinator.

It is hoped the incredible list of quality items up for auction and a dedicated donation drive will help almost double the current contribution.

Coleman, who will officiate a Supercars event for the last time at the Bathurst 1000 on December 5, was delighted with the offer of a major auction in his honour.

“The response and messages I have had since announcing my decision [to retire], has been overwhelming and very humbling,” said Coleman.

“This auction put together by Crusher and the team at Speedcafe.com really is the icing on the cake and I cannot wait to see what the final result will be.

“Speedcafe.com has been an incredible supporter of Motor Racing Ministries for some time now and the money they have helped us raise with the help of Lloyds Auctions has been amazing and allowed us to do so much for so many in our motorsport community.”

Lloyds Auctions Chief Operating Officer, Lee Hames, said his team is looking forward to sending Coleman off in style and contributing all the logistics required to ensure 100 percent of all monies raised go to Motor Racing Ministries.

“One of the great byproducts of being involved as a Speedcafe.com Platinum Partner has been our involvement with the fundraising efforts for Motor Racing Ministries,” said Hames.

“There is always a great response to the auctions from the fans and I am sure the end result of this effort in honour of Garry will be fantastic. We are delighted to be in a position to play our part.”

Speedcafe.com founder, Brett ‘Crusher” Murray, said that the auction and donation drive was a fitting tribute to Coleman and the contributions he has made to Australian motorsport at all levels.

“Garry has been an incredible contributor to our sport for so many years and it will be sad when he says his goodbye at Bathurst,” said Murray.

“We wanted to send him out with a ‘bang’ and we thought the best way we could do that was with a massive auction raising funds for his beloved Motor Racing Ministries.

“We put the call out to our friends and contacts in the industry and managed to bring together some incredible items which we believe will help us achieve a terrific result.

“We know the industry and the fans will get behind this cause by digging as deep as they possibly can.

“We will also be asking them to make direct donations over the coming weeks if there is not an auction item that takes their fancy.”