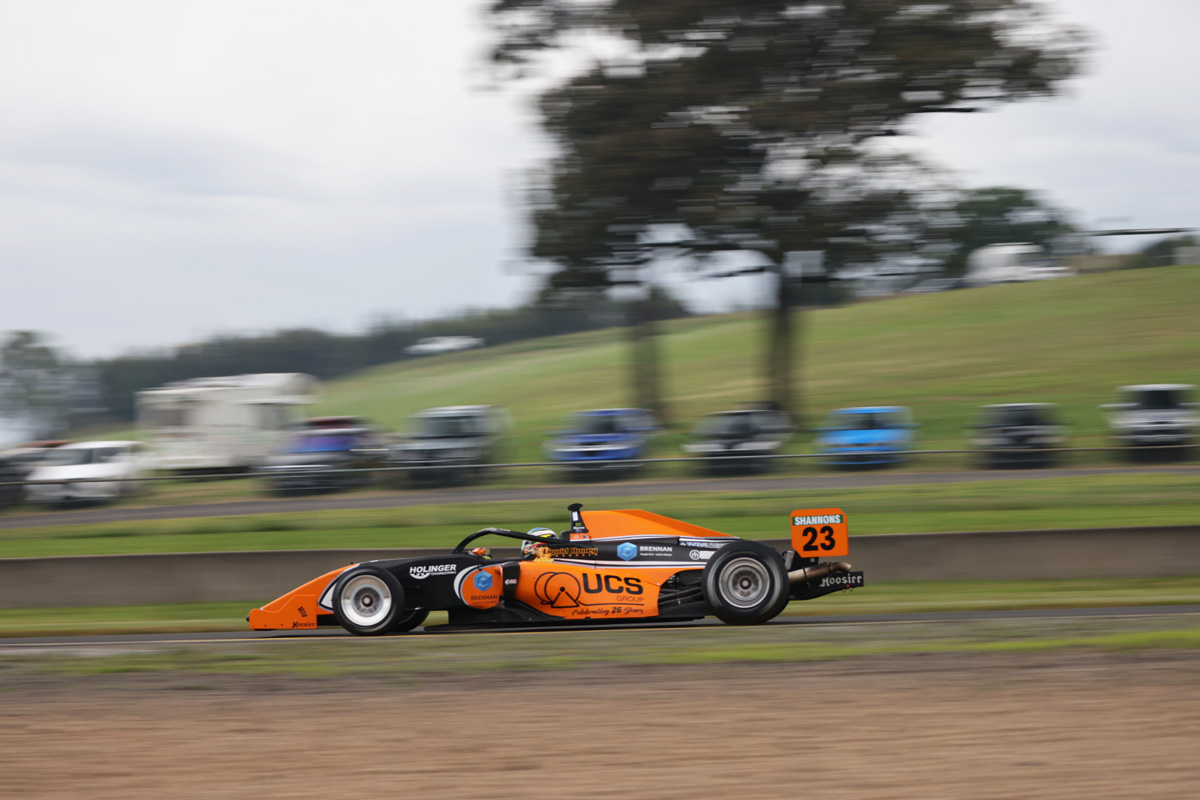 Tim Macrow has secured pole position for the opening race of the Shannons S5000 Tasman Series at Sydney Motorsport Park.

The two-time Gold Star winner was one of only two drivers to dip beneath the 1:26 barrier before a Ben Bargwanna spin brought about an early end to proceedings.

That new benchmark would stand for just a matter of seconds though, with Macrow crossing the line for a 1:26.235s in the seventh minute.

Leeds regained the ascendancy on his next time around with an impressive 1:25.981s, only for Macrow to post a 1:25.918s moments before the halfway point of the session.

That time would remain unrivalled despite the timing screens continuing to light up, due to Bargwanna’s spin with about nine minutes remaining.

With the Supercheap Auto TCR Australia regular stranded by the side of the track, the red flag would soon be shown – with ultimately not enough time to resume the session.

That outcome was especially costly for 2021 S5000 Australian Drivers’ Championship winner Joey Mawson, who’d sat rooted to the bottom of the timesheets.

All told, Macrow will share the front row with Leeds, with GRM team-mates James Golding and Nathan Herne behind.

Golding, who had earlier taken part in Supercars’ Additional Drivers Practice for Team 18, had just set a purple first sector before the red flag denied him the chance to go on with it.

“I had a pretty good first sector, so it was looking like a good lap there but these things happen,” said Golding.

“You have just got to do the best with what you have at the time and that’s all you can do.”

Ex-Formula 1 driver Roberto Merhi managed fifth after delaying his departure from the pits as he waited for more rubber to be laid down on the circuit.

“It’s a very powerful car. It’s missing a little bit of downforce, it’s quite tricky to drive but it makes driving it fun,” said the Spaniard, who tested an S5000 car for the first time last night.

“And then today was really good, Free Practice 1, Free Practice 2 was also very good, but now quali I had just one push lap. It was not a perfect lap.”

Cooper Webster finished ninth, meaning he’ll be on pole for Race 2 when the 75 percent grid inversion is implemented.

With points on offer for the top 10 in qualifying, Macrow has seized the early series lead.