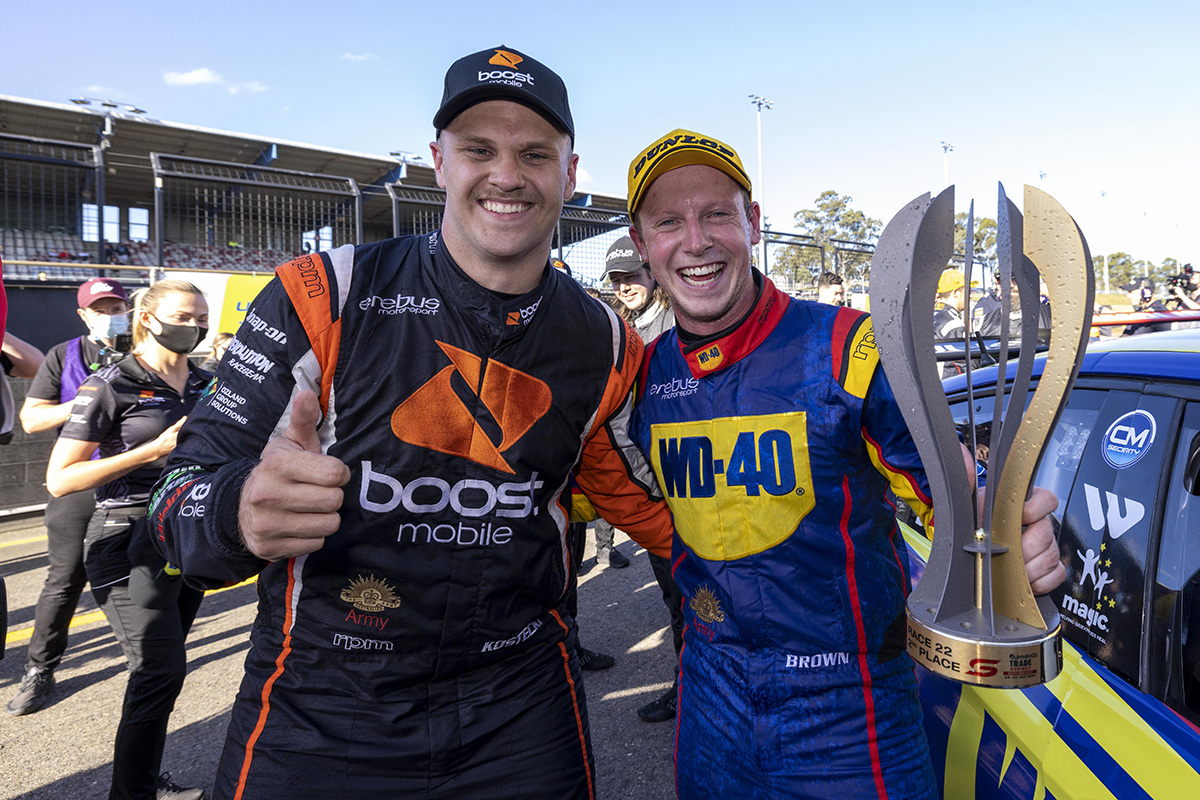 Rookie duo Brodie Kostecki (left) and Will Brown have been standouts in 2021. Picture: Mark Horsburgh

Erebus Motorsport’s move to an all-rookie line-up earlier this year marked a significant shift in the make-up of the team with the signing of Kostecki and Will Brown’s long-awaited arrival.

The changes didn’t just stop at the drivers though, with engineers Alistair McVean and Mirko De Rosa parting company to join Kelly Grove Racing and the Blanchard Racing Team respectively.

They were duly replaced by George Commins alongside Kostecki and Tom Moore with Brown.

By and large, the drivers have shunned the notion of being rookies in their first year as full-timers.

Their results have reflected that too, Kostecki claiming a podium finish in only his fifth race this year while Brown recently recorded his first Supercars Championship race win.

Brown finds himself eighth going into the penultimate round of the 2021 season at Sydney Motorsport Park this weekend while Kostecki isn’t far behind him in 10th.

With momentum building towards 2022, Kostecki believes next year can be a big year for Erebus Motorsport.

Add to that, the team will have stability in its driver and engineering line-up, while several other teams – including Triple Eight Race Engineering – will undergo high-profile personnel changes.

“We’re really looking forward to next year and we definitely made a lot of improvements in the mid-season break,” Kostecki told Speedcafe.com.

“To be honest, Eastern Creek was never really a strong track for Erebus.

“Someone recently pointed out to me, the last time that both cars both qualified and finished in the top five together was Bathurst in 2017.

“For us to have the performances that we’ve had at Eastern Creek – and I guess it’s been one of Erebus’ bogey tracks in the past – it just goes to show the new engineering group and Will and myself work well together.

“It’s really starting to pay off. I’m really looking forward to going into Bathurst and I think if we can have a strong run at Bathurst that will really cement how we start next year.

“We really want to be title runners next year and try to go for that teams’ championship as well.

“If we can continue this form that we have now and make a few more small improvements going into next year, we’re definitely in the hunt there.

“I’m really excited to finish off this year strong and get stuck into next year.” 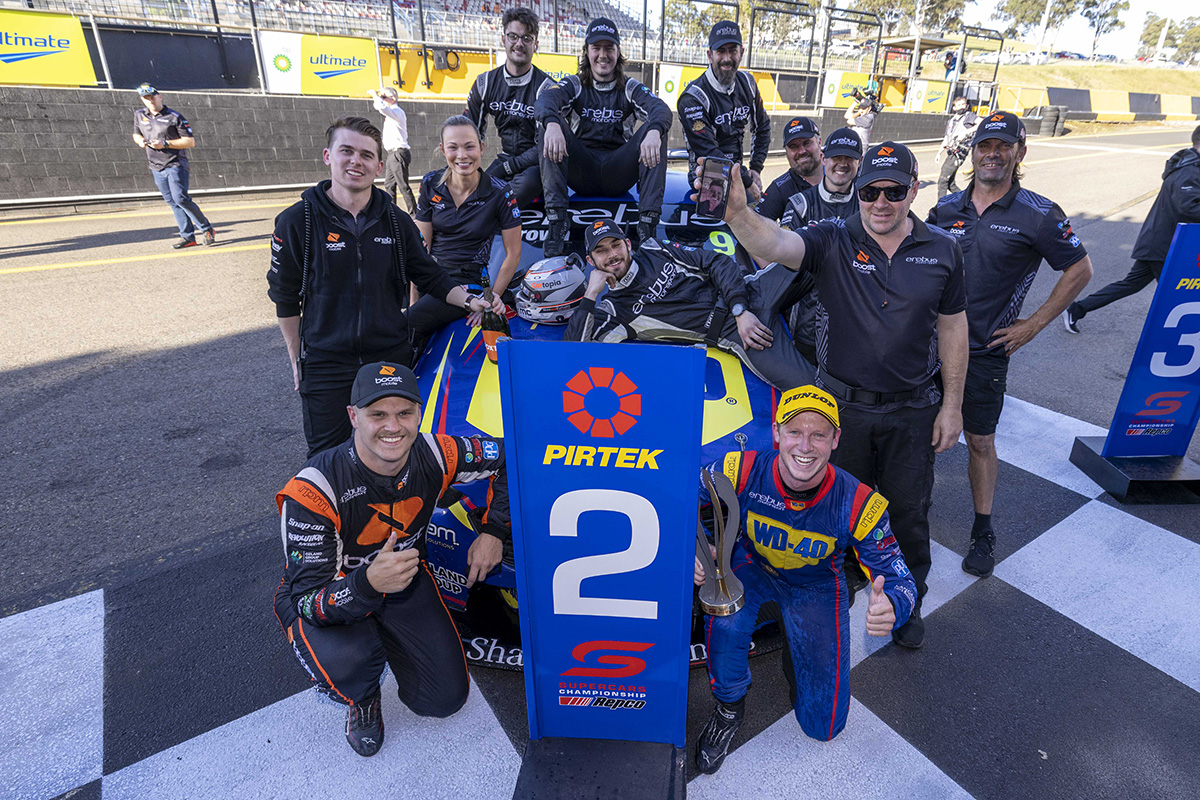 “We’re a small team but we got together at the start of the year and said, ‘we need to make this work no matter what’,” Kostecki explained.

“It’s that never giving up attitude. We’ve been disappointed with 10th place finishes all year. It’s that type of attitude that’s got us where we are.

“A lot of it is just the attitude and the approach going into each weekend, that’s a credit to Barry and Shannen and the whole crew really.

“I feel like everyone has stepped up and no one is leaving a stone unturned.”

Kostecki said Ryan deserves credit for taking a punt on him and Brown, continuing a streak of talent spotting which has thus far paid dividends.

“A few people, like Paul Morris and Russell Ingall, have said in the past that Barry has always been one of those people that’s given young guys a chance,” said Kostecki.

“He gave Anton a chance, gave Broc [Feeney] his first ever Supercars test, gave Will a chance to co-drive, and also myself as well.

“He’s always had a knack for spotting young guys coming through. It’s been really good this year to back him up and get some good results.

“For Will to get his first win, it just goes to show that Barry knows what he’s doing. We’re just putting all the pieces of the puzzle together. Hopefully we can finish the year off strong for him.”

The Repco Supercars Championship continues this weekend with the Beaurepaires Sydney SuperNight.

The first session of the weekend, Additional Drivers Practice, gets underway at 16:40 local time/AEDT.