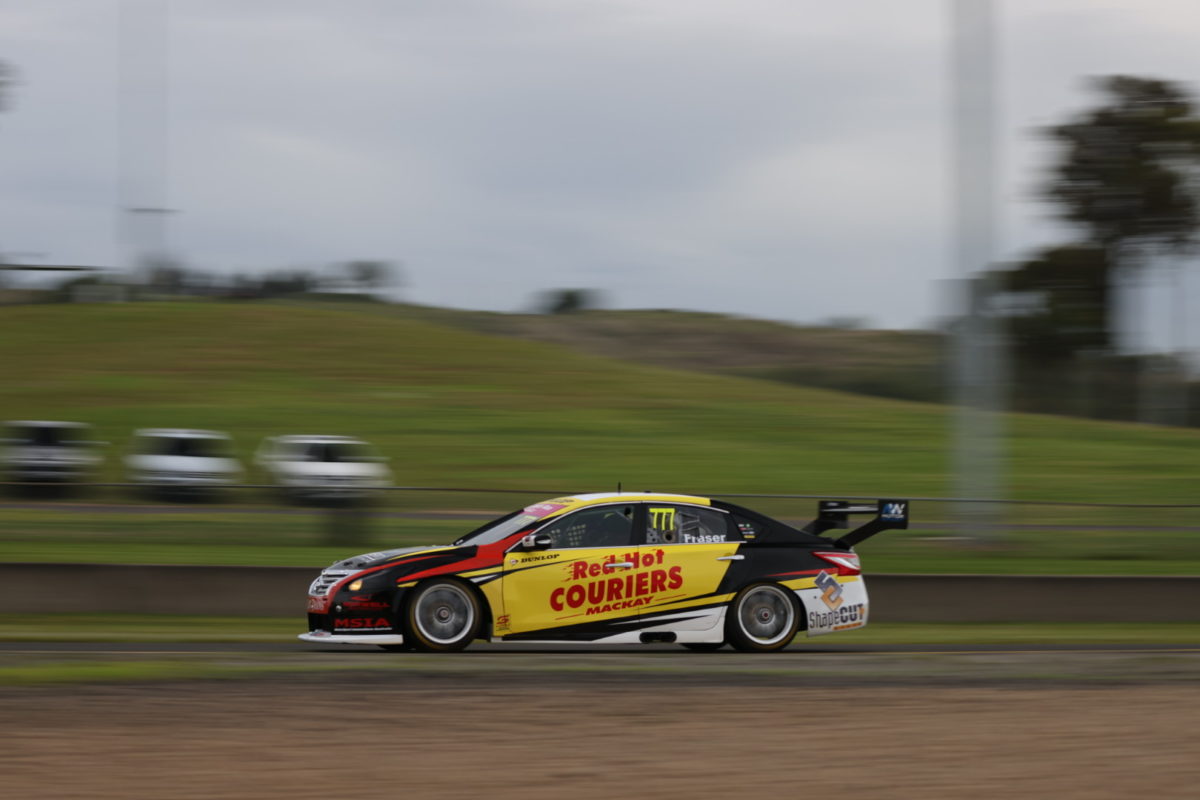 MW Motorsport’s Declan Fraser has pipped Broc Feeney to bragging rights in practice for Round 4 of the Dunlop Super2 Series, at Sydney Motorsport Park.

Fraser snatched top spot in the final two minutes of Practice 2 with a 1:30.9587s in the #777 Nissan Altima, bettering Triple Eight Race Engineering’s Feeney, the series leader, by 0.0656s.

There ended up being three MWM entries in a top four rounded out by Tyler Everingham and Jayden Ojeda, and four Altimas in the top five courtesy of Grove Racing debutant Matt Payne, the Practice 1 fast man.

The half-hour session was disrupted by an early red flag when Brad Jones Racing Super3 debutant Elly Morrow spun the #8 VE Commodore exiting the final corner and made contact with the wall on drivers’ left.

Chahda stayed top until Jordan Boys apparently bolted on a new set of tyres for his second run proper and drove the #49 Image Racing VF Commodore to a 1:31.8691s and then a 1:31.7231s on consecutive laps.

As others started to roll out on new rubber, Matt Stone Racing’s Aaron Seton (#30 VF Commodore) and Everingham (#27 Nissan Altima) found themselves in a duel over top spot.

As was the case for Boys, second laps proved the fastest, with the field on hard tyres in the Western Sydney twilight.

On his final lap, Feeney set the fastest first sector and was still faster to the second sector despite going slower than his personal best in it, but could only break the beam at a 1:31.0831s with the chequered flag out.

Behind the top five of Fraser, Feeney, Everingham, Ojeda, and Payne, was Seton on his earlier pace-setter, then Tickford Racing’s Zak Best (#78 FGX Falcon) on a 1:31.6752s, Boys, Chahda, and Angelo Mouzouris (#6 Triple Eight VF Commodore) in 10th.

Nash Morris was first of the Super3 contingent in 18th outright, with a personal best 1:33.0453s in the #67 Flash Bush Motorsport FG Falcon.

Erstwhile Super3 Series leader Michael Anderson had a wild moment went he went off backwards at the fast Turn 1 in the 13th minute.

It appeared that the front splitter on the #5 Anderson Motorsport FG Falcon was already damaged before the spin started, although what ultimately set off the drama was not clear.

Anderson ended up fourth in class and 21st outright on an unrepresentative 1:36.4736s.