De Pasquale on top in Supercars Practice 1 at SMP

De Pasquale on top in Supercars Practice 1 at SMP 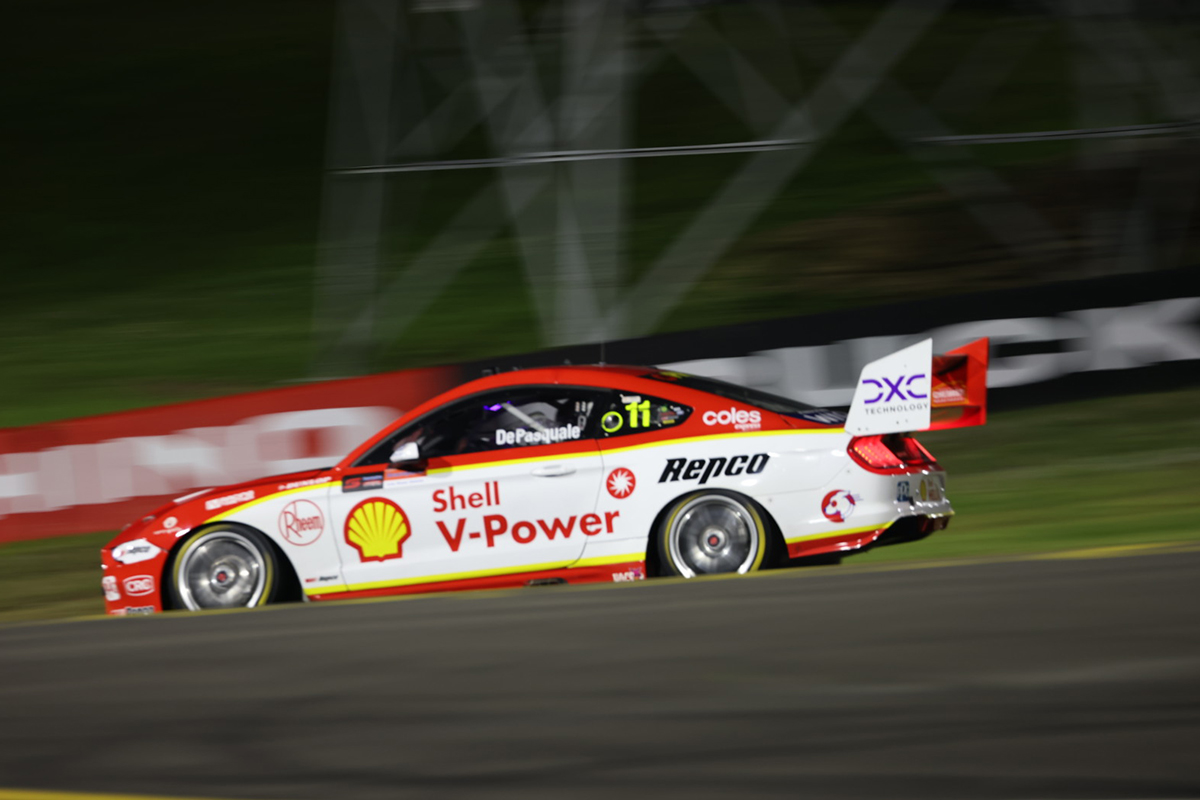 The Shell V-Power Racing Team driver, who has been the form man of the past three weeks at Sydney Motorsport Park, set the pace with a 1:29.9558s but might have gone even quicker if not for a late track limits breach.

While the Repco Supercars Championship fleet had already been on-track earlier in the day, that was the Additional Drivers Practice session in the late-afternoon.

Practice 1 proper began under the lights of Sydney Motorsport Park and all were on the hard tyre given the super soft, the other compound in this weekend’s allocation, is for the races only.

Will Davison (#17 Mustang) was fastest after the first flyers on a 1:30.7337s, two tenths up on Walkinshaw Andretti United’s Chaz Mostert (#25 Mobil 1 Appliances Online ZB Commodore).

Davison’s team-mate Anton De Pasquale clocked a 1:30.2206s next time around before Whincup (#88 ZB Commodore), who apparently started his programme with an installation run, moved up to second position on a 1:30.5808s, two flying laps into his first run proper.

While the top three positions then remained unchanged for a considerable period of time, De Pasquale was armed with new hard tyres and wheeled the #11 Mustang to a 1:29.9558s on his third run, 22 minutes into the session.

De Pasquale looked like setting an even faster lap than he already had done, clocking the best first sector of the session, but strayed wide of track limits at Turn 05 and thus could not improve right at the end.

Said Brodie Kostecki post-session, “My car felt pretty awesome in first practice there, so we’ll just go through some notes overnight and jot some stuff down for when we race tomorrow night.

“Hopefully it’s dry but just credit to the whole crew, the car felt amazing so just have to tune it up a bit to get closer to those Shell cars up front.”

Tim Slade ended up 17th, his night coming to a slightly early end with the left-rear air jack appearing to be hanging low under the #3 CoolDrive Mustang.

Rain was forecast to fall about halfway into the session, but it held off until the in laps, after precious few had opted for practice starts.