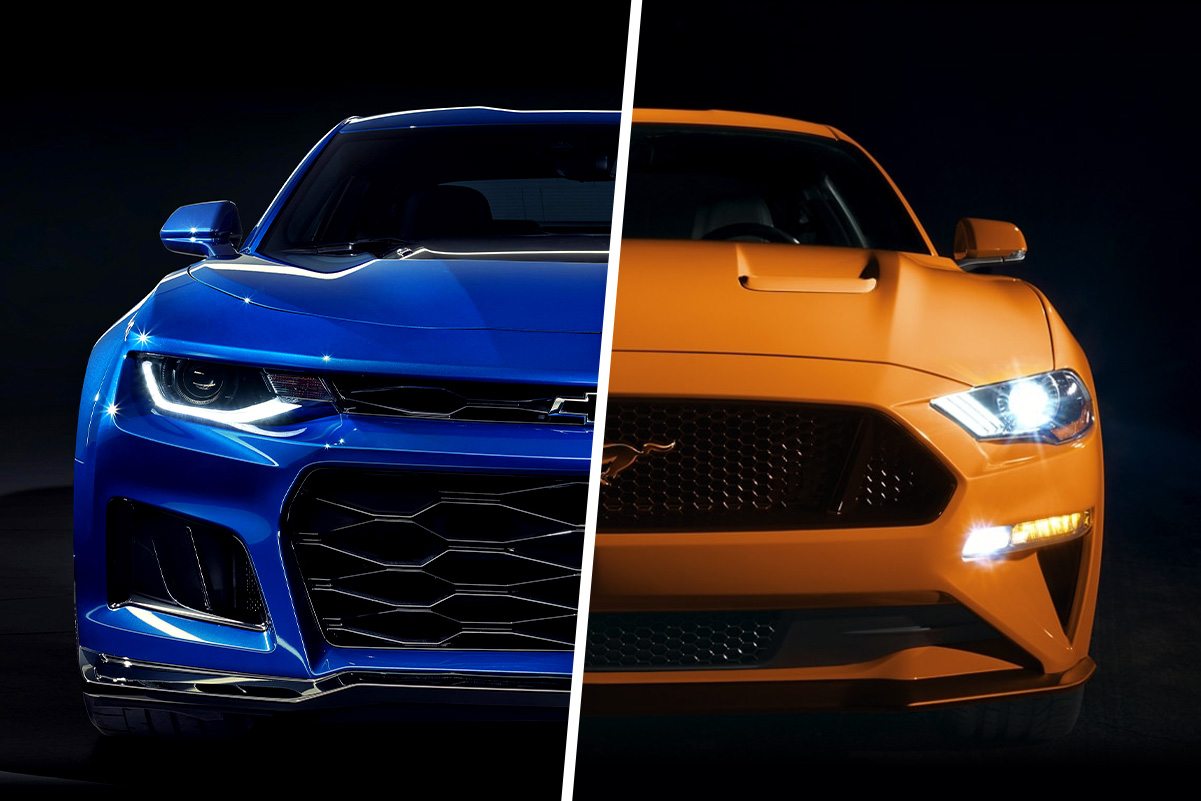 Roland Dane says Gen3 is more about selling Chevrolet and Ford’s brand Down Under than the on-track Mustang and Camaro models themselves.

In the wake of Holden’s long-awaited demise in 2020, Supercars sought a replacement through General Motors Specialty Vehicles.

As a result, that will see Supercars introduce Chevrolet to the grid in 2023 with the Camaro.

That’s despite the two-door muscle car not being sold in Australian showrooms and seemingly set to be axed from the General Motors line-up altogether in just a few years.

For Dane, whose Triple Eight Race Engineering is the championship’s General Motors homologation team, the addition of the Camaro to the grid is about a wider push for the Detroit motoring giant.

Soon, the all-new Chevrolet Corvette C8 will be sold Down Under too.

Dane noted the sales of the Mustang relative to the Ranger, the latter which was Australia’s second highest selling new vehicle in 2020.

Last year over 40,000 of the utes were sold whereas just under 3000 of pony cars were sold, according to the Federal Chamber of Automotive Industries.

“It’s about projecting those brands and making people feel good about those brands,” Dane explained during the latest episode of Gen3 Unpacked.

“They’ve been heavily involved, right from the top, and I mean the very top of GM in the United States,” Dane added.

“And that shows you really, and demonstrates to everyone how enthusiastic they are about this Gen3 race car.

“I think we help ourselves as a sport a lot, keep ourselves in the frame worldwide as the premier touring car category based on circuit racing.

Since its inception, Supercars has had strong ties to manufacturers with factory-supported entries, most notably from Ford and Holden.

The championship began as a production car-based category but over the years has morphed to put a greater emphasis on purpose-built race cars in the modern era.

Now, Supercars are based upon space-frames, and utilise very few road car parts.

To a degree, that’s been a problem for the category. It’s widely regarded that the aesthetics of the incumbent Gen2 specification Ford Mustang leave a little to be desired.

That’s due to the two-door silhouette being stretched over the chassis which was initially designed for four-door cars.

In years past, Walkinshaw Andretti United had signalled hopes of bringing the Camaro to Supercars under Gen2, though the problems encountered with the Mustang ultimately put paid to those plans.

It’s expected Gen3 will do away with that problem, with a lower profile some 100mm shorter than the Gen2 chassis and a design catering to a greater spread of body shapes, particularly two-door cars.

Supercars head of motorsport Adrian Burgess said having the Gen3 race cars bear a closer resemblance to the road car is fundamental in trying to attract more manufacturers.

“Manufacturer relevance in the Gen3 programme is paramount,” Burgess explained.

Triple Eight Race Engineering technical director Jeromy Moore added: “They’ve put so much emphasis on this car from GM’s side of things because it’s got almost the road car DNA out of any racing car that they’ve produced.

“NASCAR, they have to conform to a stock body, but for us they’ve got a clean slate basically.

“They’ve got to make the car as good as it can be, like the road car but on steroids and I think we’ve achieved that.”

Supercars has been conducting testing of its Gen3 prototypes lately, with the Chevrolet Camaro having its first hit-out on Wednesday alongside the Ford Mustang.