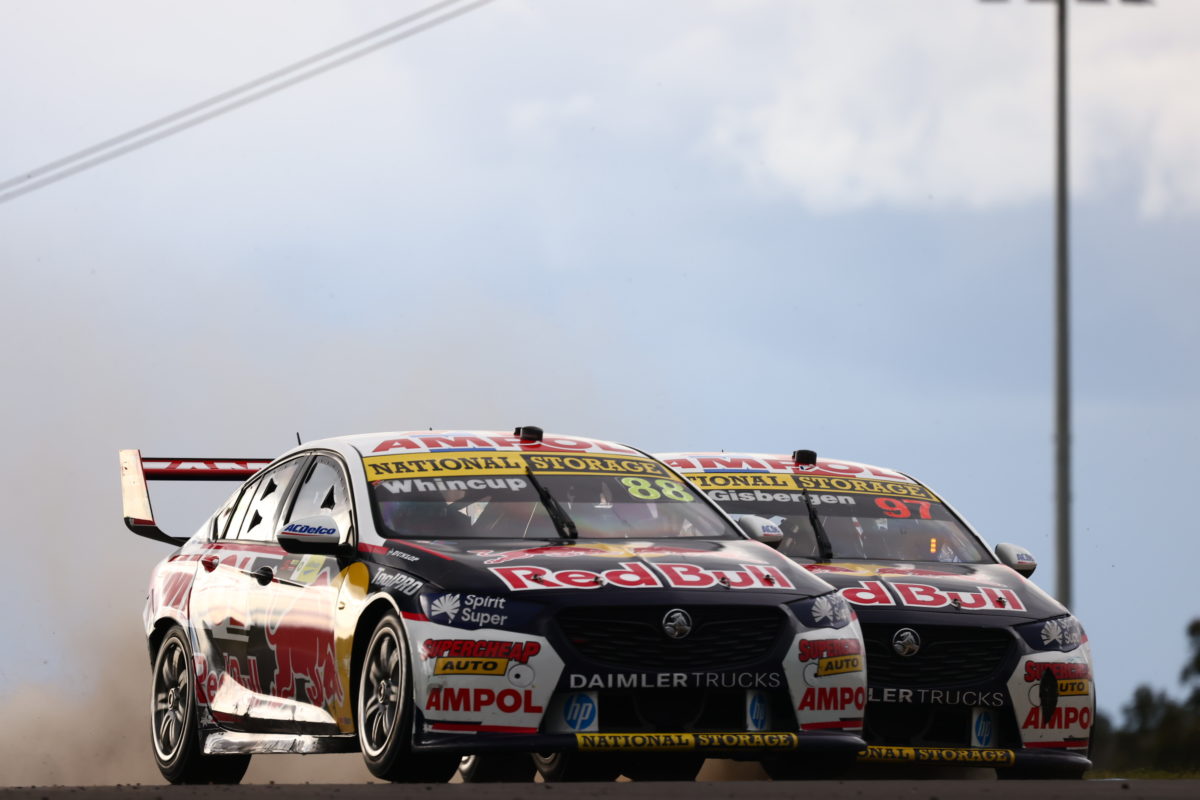 He also defied orders, including from Dutton, to let his team-mate past as they sought to run down eventual race winner, Will Brown.

Dutton put the episode down to a “difference of opinions”, which would be resolved in Triple Eight Race Engineering’s usual post-event debrief.

As to how that went, he moved first to congratulate Erebus Motorsport on its victory, Brown’s first.

However, the matter is said to be resolved.

“Firstly, obviously, it was good for Will Brown to get his first win,” Dutton told Speedcafe.com.

“They did a tremendous job to be up there, ran a tight strategy, and fought hard. We don’t want to overshadow that.

“As for this, we went through exactly what happened. The disobeying the team should never happen, so that’s not in question, so that’s an easy part of the debrief.

“But, it’s just making sure that when you arrive at the point that orders or instructions have to be given, everyone – including drivers, engineers – need to be on the same page, so then it’s never in question.

“You saw that in the first race last weekend, where Shane was obviously quicker, caught up to Jamie, Jamie knew he was quicker, let him by, worked as a team, [and] on you truck – because they were on the same page.

“Then, there’s no question, then you never stand here answering these questions because it doesn’t happen, if everyone is singing from the same hymn sheet.”

Dutton says that if a similar situation arises this weekend, it will be managed such that Triple Eight’s drivers comply because of the information they have received, rather than because of the chastising which would follow if they were to disobey.

“It’s one of those things that we’d make sure that the drivers were onboard with the decision and the correct decision would be made,” he explained.

“Now, every situation’s individual, so people will do as they’re told, but it’ll be because we’ve communicated well and they’re onboard with the decisions, not because they’re scared of getting hit with a big stick.”

Speaking earlier today at a media call, Whincup said he “asked for forgiveness”, but stated that he is still keen to fight hard for wins with now just two events remaining in his career as a full-time driver.

“It was a pretty simple debrief,” he recalled.

“I certainly put my hand up and said, ‘Hey, I raced a little bit harder than usual’ and I asked for forgiveness that, you know, my time is coming to an end, I’ve only got three [races] to go, so please don’t ask me to, you know… please respect the fact that I certainly want to win a race between now and the end of the season.

“It was all very good, it was all very Kosher, but I think you’ll find we’ll work together a little bit more this weekend and into Bathurst.”

Asked then by Speedcafe.com if he regretted what happened, Whincup pointed out that he thought he was in with a genuine shot of a win.

“I don’t regret much,” he replied.

“I believe, if I had my time again, I would have done it a little differently.

“But in saying that though, as I said, I’ve only got a couple of rounds to go.

“I thought I was in the box seat – got pole, got a great start, was in a really healthy position – and I thought it was my opportunity to win a race rather than move over and let my team-mate through.”

When he was asked by Speedcafe.com what would happen if a similar scenario unfolded this weekend, Whincup indicated he would be allowed to go after a victory for himself, but also spoke of the importance of communication and being respectful of team orders.

“I think the communication will be better so if a similar scenario happened this weekend, I doubt I’ll be told to move over, so I think I’ll be given a little bit more opportunity to have a crack and get up the road,” he said.

“But at the same time, if team orders are needed, then they’re needed, and I’ll certainly respect them more than I did last week.”

Additional Drivers Practice, when Garth Tander is set to hop into van Gisbergen’s #97 ZB Commodore and Craig Lowndes into Whincup’s #88, starts at 16:40 local time/AEDT, before Practice 1 under lights at 19:45.