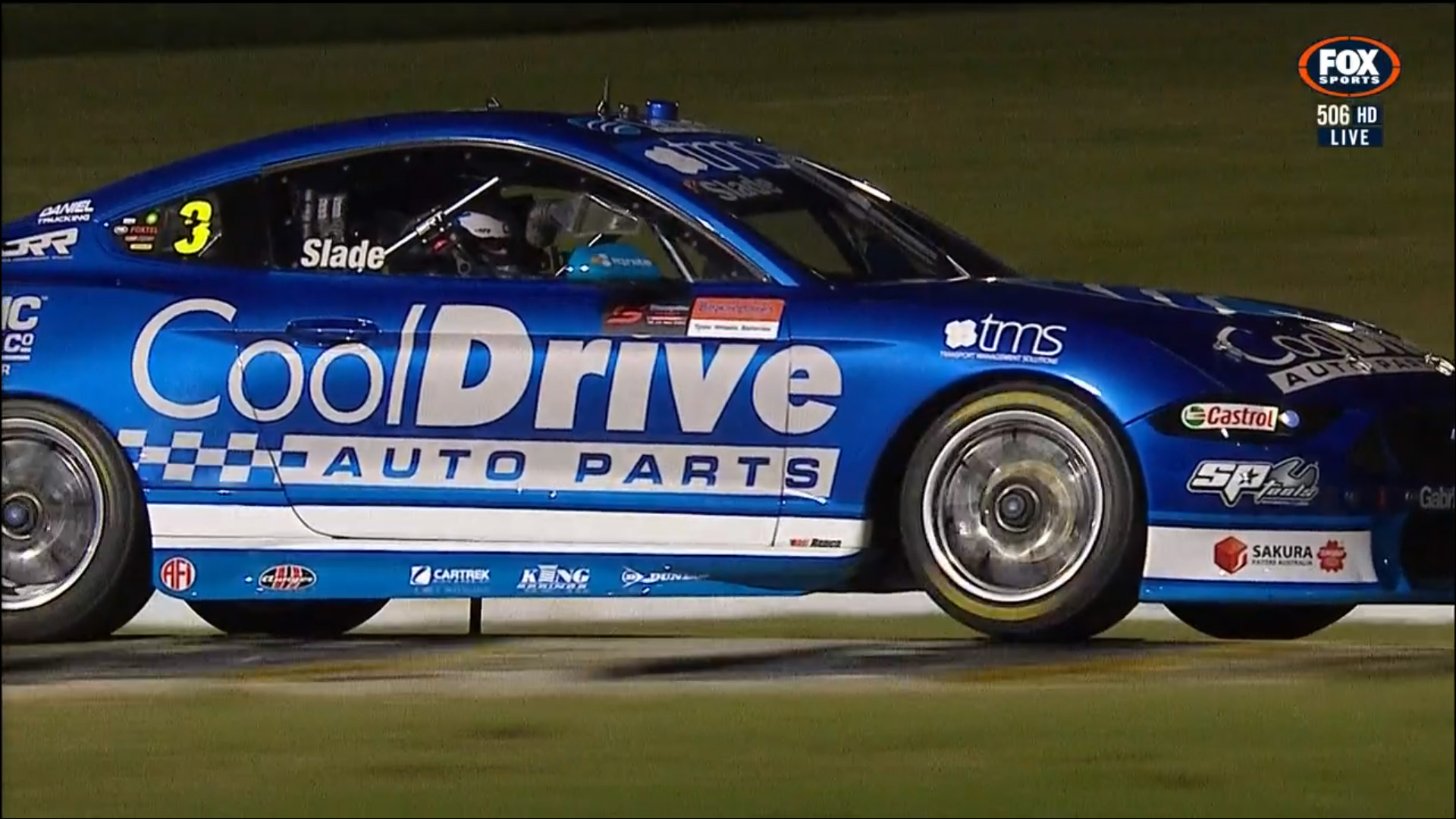 The #3 Ford Mustang pilot set the best of his laps on his first flyer, a 1:31.1157s ,which put him 1.1599s adrift of timesheet topper Anton De Pasquale of the Shell V-Power Racing Team.

That margin likely would have been bigger had De Pasquale not exceeded track limits at Turn 5 just moments after setting the fastest first sector on a fresh set of tyres.

Slade’s first effort would put him seventh before the final runs, eventually falling to 17th on the totem after the left rear air jack became unseated.

The Blanchard Racing Team was unable to resolve the issue with just a few minutes remaining in the session, preventing a return to the Sydney Motorsport Park circuit for Slade.

“We planned to do two laps on the first run,” said Slade.

“And the car felt good on the first lap, then we sort of had a little issue on the second lap so we didn’t finish that one and came in and did a change to the car, which was pretty lengthy.

“I guess that ate into the session, out, in, and then we had the air jack issue. That was our day; a long old day for not many laps.”

The Practice 1 dramas might mean very little in the grand scheme of things for Slade with rain on the horizon for Saturday and Sunday.

The Bureau of Meteorology is forecasting a high chance of showers for Sydney on Saturday with up to 6mm of rain while Sunday looks likely to be hit hard with up to 60mm forecast.

In any case, Slade will have another practice session before a 15-minute qualifier followed by a Top 10 Shootout to determine the Race 29 grid.

“I think conditions can potentially be quite different tomorrow with a bit of rain forecast,” Slade explained.

“It’s not the end of the world. I think the car was pretty pacey. We’ve still got a bit of data to go off and then obviously another practice session before qualifying.

“It’s good this weekend with the longer qualifying session as well. It’s not like the quickfire, one set of tyres, one lap, you’re done. Not really too fazed at this stage.”

Practice 2 at the Beaurepaires Sydney SuperNight gets underway tomorrow at 11:50 local time/AEDT, a 30-minute hitout.