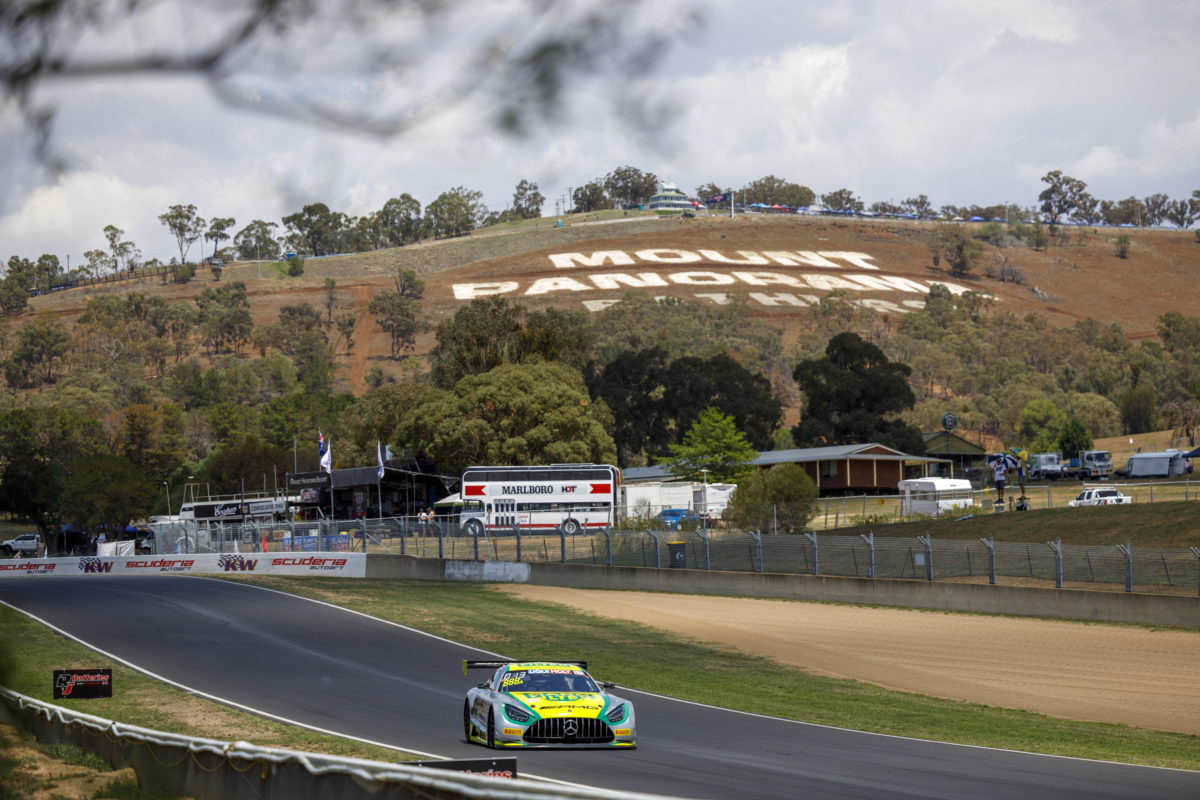 A new date for the 2022 Liqui Moly Bathurst 12 Hour has been confirmed.

Next year’s Mount Panorama GT enduro will now take place on February 25-27, as foreshadowed this morning by Speedcafe.com, instead of March 18-20.

Moving away from that original date prevents a clash with both the FIA World Endurance Championship and IMSA SportsCar Championship races at Sebring, maximising the scope for international involvement in the event.

Supercars’ chief operating officer, Shane Howard, said, “The Liqui Moly Bathurst 12 Hour has become a favourite event of the motorsport landscape both in Australia and around the world.

“Being held on Australia’s spiritual motorsport home, Mount Panorama, the race has become one of the most popular on the GT racing calendar and is held in such high esteem by some of the best teams and brands globally.

“The team behind the event will work to offer a memorable experience for those attending trackside and we are very excited to have now locked in a date to bring the event back next February.”

While Supercars promotes the event, it was SRO Motorsport Group’s Stephane Ratel who announced the March date, as a to be confirmed proposition, just over a month ago.

SRO runs the Intercontinental GT Challenge (IGTC) of which Bathurst is now the customary season-opener, and Ratel is pleased with the new date.

“Bathurst is the championship’s spiritual season opener, has an atmosphere like no other, and is rightly considered one of the world’s great endurance races,” he said.

“IGTC’s teams, drivers and manufacturers have undoubtedly played a role in amplifying this status, and I cannot wait to see their return to the mountain in 2022.

“Maintaining the event’s traditional early February date wasn’t an option but after consulting with teams, manufacturers and Supercars it also became apparent that an alternative weekend that month would be preferable to March when the Australian, European and American seasons begin ramping up.

“I think we’ve found a good balance between the two, which also allows us to keep an important element of what makes Bathurst special.”

New South Wales’ tourism minister, Stuart Ayres, remarked, “The NSW Government is proud to support the Bathurst 12 Hour and welcome race teams back to the track and motorsports fans back to Mount Panorama for what is set to be another thrilling instalment of this iconic race.

“It has been a challenging two years in regional NSW, and we know events like this will help turbocharge our social and economic recovery.”

“Mount Panorama and motor racing have a long association and so do Council and Supercars.

“We look forward to many more years of working together and continuing to promote the 12 Hour, our city and the racing circuit.”

The Bathurst 12 Hour typically takes place in early-February but was not held this year due to Australia’s external border closure.

The 2020 race was won by Bentley, its first such triumph in the IGTC.

Next year’s will take place a week prior to the Repco Supercars Championship opener on the streets of Newcastle, with tickets to go on sale in coming weeks.