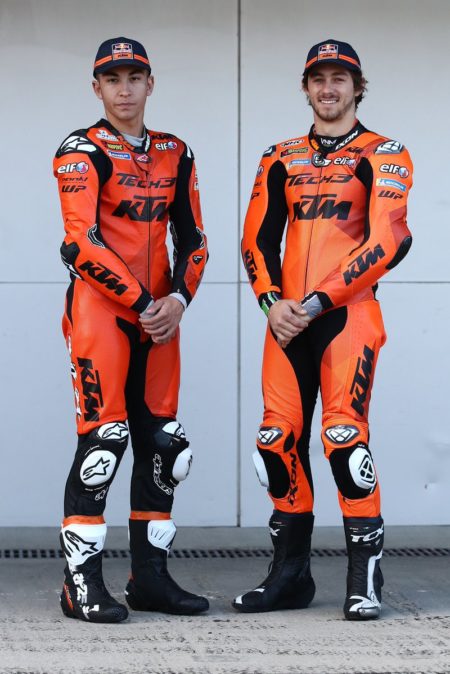 Imagery of Remy Gardner and Raul Fernandez in their new Tech3 KTM Factory Racing leathers has been revealed.

This year’s Moto2 champion and runner-up respectively will ride under contract to the Austrian marque with its satellite team when they step up to the premier class next year.

Both have already ridden the RC16 which KTM fields in MotoGP, at Misano in September, but their 2022 campaign begins in earnest this evening (AEDT) with the post-season test at Jerez.

By moving up from Red Bull KTM Ajo into one of KTM’s MotoGP squads, they follow in the footsteps of current factory team riders Miguel Oliveira and Brad Binder.